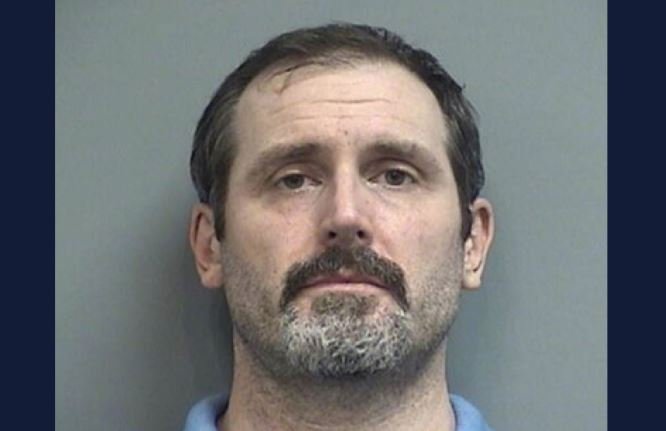 January 6 defendant Brian Ulrich pleaded guilty to junk seditious conspiracy charges on Friday for his participation in the Jan. 6 protests in Washington DC. Ulrich faces up to 40 years in prison by the regime.

Ulrich was arrested on 8/9/21. He appeared in a hearing with other defendants who are charged in association with the Oathkeepers organization.

Ulrich talks smack on Telegram so the regime arrested him and will now destroy his life. He sobbed as the judge said he could face 20 years in prison for the junk charges — more than killers and rapists.

Ulrich has no prior criminal offenses.
11 Alive reported:

As part of the plea agreement, the government will consider Ulrich’s case at an Estimated Offense Level of 26, which according to federal sentencing guidelines, would result in 63-78 months in prison because he has no prior criminal history.

However, the sentencing judge in his case is not bound by the agreement and could offer any sentence up to the 20 years max for each of his offenses.

A second member of the Oath Keepers facing a seditious conspiracy charge for his role in the Jan. 6 breach of the Capitol pleaded guilty Friday and is preparing to cooperate with prosecutors.

Cooperation from Ulrich of Georgia and James of Alabama — in addition to others who have previously reached cooperation deals with the government — could arm prosecutors with substantial evidence as they work to secure the convictions of the remaining defendants, including Oath Keepers founder Stewart Rhodes III.

The indictment against the broader group suggests Ulrich discussed bringing firearms and ammunition to store at a hotel in Arlington, Va., where the group amassed a cache of weapons they called a “quick-reaction force” or QRF.

What Politico conveniently leaves out is that Oathkeepers founder Stewart Rhodes directed EVERY member to leave their weapons in their hotel rooms and to not come armed to the protests that day.

It’s an important fact that fake news outlets like to leave out.

The post Second Oathkeeper Pleads to Junk Seditious Conspiracy Plot — Faces Up to 40 Years in Prison appeared first on The Gateway Pundit.