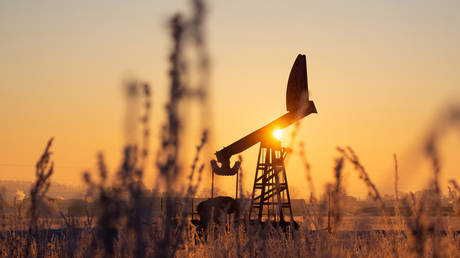 Italian Minister of Ecological Transition Roberto Cingolani told Politico on Monday that Italian companies should “go ahead and pay in rubles” for Russian gas, as Moscow has demanded. Although his ministry later said that it does not back such a move, 10 EU nations are reportedly planning to do the same.

“I think it would be good for a few months, at least, to allow companies to go ahead and pay in rubles, while we understand the legal framework and implications,” Cingolani said, adding that he wants “a speedy and very clear pronouncement from the European Commission” on whether such an arrangement would breach EU sanctions.

Shortly afterwards, Cingolani’s ministry issued a statement saying that the minister “has never been open to a payment in rubles.”

However, Italy depends on Russia for around 40% of its gas imports, and Cingolani said that while oil and gas companies “cannot risk” paying and breaking sanctions, they also “cannot risk … not paying” until recently-signed gas contracts with African countries come into effect.

Russian President Vladimir Putin demanded in March that “unfriendly” countries – those that back sanctions imposed in the wake of Russia’s military offensive in Ukraine – would have to pay for gas in Russia’s national currency. Poland and Bulgaria have already been cut off after they refused this demand.

However, Hungary has opened a euro account with Russia’s Gazprombank for purchasing Russian gas. These euro payments are then converted into rubles by the bank, and transferred to gas suppliers in Russia, fulfilling the contract. Hungarian government official Gergely Gulyas told the public radio on Sunday that nine other EU countries were preparing the same payment scheme and not announcing it publicly.

A report by Bloomberg last week claimed that four EU states have already paid for gas by this mechanism.

It is unclear whether this setup breaches EU sanctions on Russia, as European buyers are technically not sending rubles to Russia. Cingolani said that EU companies could regard the transfer of euros to Gazprombank as the “final transaction,” while Russian suppliers would consider the deal done upon receipt of rubles.

“In this process there are gray areas, which could constitute a breach of sanctions. However you do it, there is a problem,” he stated.

EU Energy Commissioner Kadri Simson told Politico that the commission would “issue more detailed guidance on what companies can and cannot do within our sanctions framework” soon.