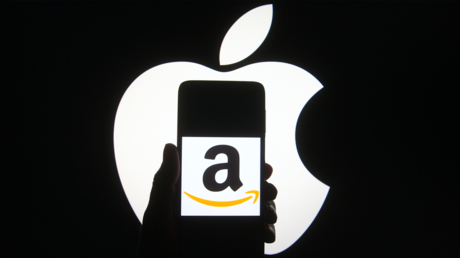 The US tech giant has been barring third-party app developers from accessing contactless payment technologies, the EU argues

The EU Commission issued a Statement of Objections to Apple on Monday over the US tech giant’s supposedly abusive practices in the field of mobile wallets technology. The company has been using its “dominant position” in the market to bar third-party services from accessing software and hardware on its devices facilitating contactless payments, the document states.

“If confirmed, such a conduct would be illegal under our competition rules,” Vestager warned.

The hardware and software in question, jointly known as the near-field communication technology or NFC, allows interaction with payment terminals in stores and helps people make purchases with a quick tap. According to the European regulators, Apple bars PayPal and other similar services from accessing it on iPhones and Apple Watch.

Apple will now have the opportunity to respond or challenge this assessment before the final judgment is announced. If it fails to reach a settlement with the EU, it can be fined up to 10% of its global revenue, which might equal $36 billion.

So far, the company has denied any wrongdoing. “Apple Pay is only one of many options available to European consumers for making payments, and has ensured equal access to NFC while setting industry-leading standards for privacy and security,” it said in a Monday statement, adding that it would continue to work with the EU Commission.

The EU, in turn, has said that the Statement of Objections “does not prejudge the outcome of an investigation.”

This is not the first time the US tech giant has faced antitrust accusations in the EU. Last year, the bloc brought similar charges against the company following a complaint by Spotify and some other services about the 30% commission Apple imposes on any purchases made inside the apps allowed on its devices. The case is still pending.

In November 2021, Italy fined Apple and Amazon some $230 million over what it called anti-competitive cooperation in sales on Amazon’s Italian platform. The two tech giants struck a deal back in 2018 allowing certain resellers to sell Apple products and Beats electronic accessories on Amazon, thus affecting completion and prices, according to the national antitrust authority.

In June 2021, Germany’s Federal Cartel Office (FCO) launched a probe into the Apple Store’s operations, arguing it “empowers Apple to influence the operations of third parties.”