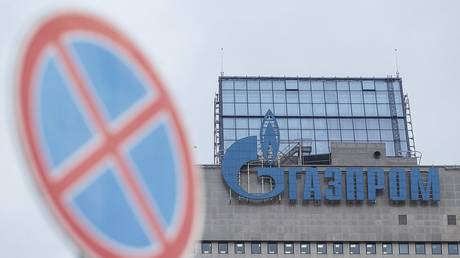 In an interview with Radio Bulgaria, Naydenov said the federation has called on the government to take measures to reduce prices or at least keep them at current levels.

“Otherwise, we will have no choice but to organize protests, as announced by the employers’ organizations,” Naydenov said.

He revealed that Prime Minister Kiril Petkov has already been informed by the BFIEC of the potential protests.

The Bulgarian government earlier announced that Petkov and two of his deputies would hold a meeting on May 5 with the representatives of employers’ organizations to discuss “prices on natural gas and electricity, as well as the measures required in response.”

This follows remarks by the head of the BFIEC board, Konstantin Stamenov. Speaking on Monday to Nova News, he said members of the federation “definitely cannot accept a new price of gas,” and if there is no compensation, they are going to stage a protest – and the same warning applies to electricity.

“There is a very limited possibility to replace gas with propane butane, but it is logistically impossible to deliver the quantities we need,” Stamenov said.

He explained the gloomy forecast by the fact that the country will now be fully dependent on the European markets.

“Given the fact that we have to go to the free market and replace 80% of the deliveries that Gazprom supplied to Bulgaria and which they no longer want to supply to Bulgaria, we have to replace them with quantities from alternative suppliers. What we can expect for the price for May is that the prices in Bulgaria for gas will be equal to those in Europe,” Todorov said.

The largest Bulgarian natural gas distribution company, Bulgargaz, said it had taken preventative measures to protect consumers and ensure there will be no shortage of gas in May.

The company argued that if Bulgaria had accepted Moscow’s demand to pay in rubles, the gas price would probably still “undergo unpredictable changes, given the lack of clarity on the exchange rate and the lack of ability of the Bulgarian side to exercise control over the currency conversion process.”

“The proposed mechanism implies real risks for the Bulgarian side from unilateral and uncontrolled suspension of supplies without providing the appropriate opportunity to seek liability from the Russian supplier,” Bulgargaz stated.

In March, Russian President Vladimir Putin set a requirement for states which had imposed sanctions on Russia and are still importing its gas, to use the ruble for transactions. Several buyers signaled willingness to accept Moscow’s demands, but many others made it clear they would not.

Harsh sanctions were imposed on Russia by Western nations in response to Moscow’s military operation in Ukraine. The Russian government, which considers the measures unlawful and unjustified, has retaliated by imposing its own counter-sanctions on “unfriendly states.”