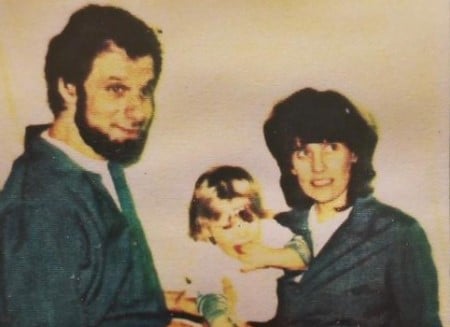 Weather Underground terrorist Kathy Boudin died today from cancer. She was 78. Kathy is mother of Chesa Boudin, the current San Francisco District Attorney who was raised by Bill Ayers and Bernadine Dohrn after his mother was sent to prison.

The New York Times replaced their coverage of Boudin’s death with something more acceptable to their far-left readers.

NYT deleted the tweet on the left about Weather Underground terrorist Kathy Boudin and quickly replaced it with the one on the right pic.twitter.com/LFNjJDM7xr

Education Views posted the gory details of Kathy Boudin’s violent crimes and terrorism. The fake news mainstream media will likely skip over this part in the coming days.  Here is a snapshot.

The Brinks heist is often described as a ‘botched robbery’, but this is another characterization of Boudin’s crimes that gives an inaccurate impression, as though the Brinks robbery took an unexpected violent turn. This isn’t true; the crime was planned as a violent ambush and was carried out according to plan.

Boudin was behind the wheel one of the getaway cars, the idea being that a white woman driver would arouse less suspicion than her mostly black male cohorts.

This account explains the ambush on the Brink’s truck:

[Boudin and David Gilber] drove in a U-Haul truck to a position near the Nanuet Mall. They waited there.

A Brink’s truck entered the mall parking area, drove to the business entrance, and stopped. It was nearly 4 p.m., Oct. 20, 1981. Two members of the crew went inside. They emerged shortly, lugging bulging bags. They were stuffed with $1.6 million in cash.

One guard, Peter Paige, was hit multiple times and died on the spot. The second, Joe Trombino, managed to get off a single shot from his handgun, but was hit in the shoulder and arm, the bullets nearly severing arm from body. He survived his injuries and continued to work for Brink’s for another 20 years.

One horrible irony; while Joe Trombino survived the Brink’s robbery, he tragically became one of the over 3,000 to be killed on September 11th, 2001. The murder that Boudin and her America-hating domestic terrorist cohorts didn’t finish was completed by America-hating foreign terrorists twenty years later.

After they escaped and left Paige to die, the perpetrators, members of the so-called “May 19t Communist Organization,” went to a lot nearby. Boudin and her baby’s father, Weather Underground radical David Gilbert, were in the cab of the U-Haul truck that Boudin had rented for the robbery. The six gunmen, weapons in hand, got into the back of the U-Haul.

The U-Haul and another getaway vehicle attempted to drive onto the New York State Thruway but the police had it blocked. Sargent Edward O’Grady and officer Waverly Brown and two Detectives, Keenan and Lennon, stopped the vehicle.

Despite the fact that she knew that armed men were in the back of vehicle, Kathy Boudin gave no warning to the police officers surrounding the truck. Boudin exited the truck and put her hands up. The police demanded the back of truck be opened.

The following is the official police report of the incident:

Detective Keenan then heard a noise, turned around, saw a black male wearing a ski mask, standing at the passenger side rear of the U-Haul truck, spraying bullets at him from a short barreled rifle.

Detective Keenan pulled his revolver and dove to the ground, seeking cover. He felt a bullet pass between his legs, and fired six rounds at the black male. Detective Keenan observed another black male run toward police car number 384. At that point, Police Officer Brown was lying on the ground, having already been shot. Sergeant O’Grady was taking cover behind the passenger side door of car 384. He had fired all six rounds from his revolver and was crouching and reloading. The black male that had been firing at Detective Keenan ran behind the passenger side of car 384 and sprayed Sergeant O’Grady with automatic rifle fire.

Officer Lennon then fired two shotgun shots at the person by the U-Haul truck. Someone then jumped into the cab of the UHaul, which was idling, and rammed the police car. Officer

Lennon saw a black male driving and fired two shots into the cab of the U-Haul.

O’Grady and Brown were killed. Kathy Boudin, David Gilbert and others were arrested.

Kathy Boudin, a former member of the radical Weather Underground who took part in a robbery that killed three people, an act that sent her to prison for 22 years and left behind a young son who would become the district attorney of San Francisco, died Sunday at 78.

Her son, Chesa Boudin, speaking to The Chronicle on Sunday, said he took a red-eye flight to New York overnight and was able to say his final goodbyes. In a statement, he said that “my mom fought cancer for seven years in her unshakably optimistic and courageous way. She made it long enough to meet her grandson, and welcome my father home from prison after 40 years.”

Kathy Boudin was released from prison in 2003 and went on to earn her doctoral degree and become a Columbia University professor of social work who focused on criminal justice reform.

Kathy Boudin, along with Chesa’s father, David Gilbert, were members of the Weather Underground, a violent militant group that coalesced around Black Power causes and opposition to the Vietnam War.

Kathy’s son Chesa is following in her footsteps.