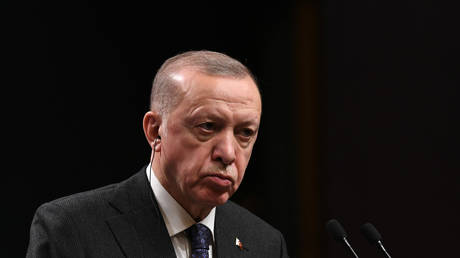 Turkish businessman-turned-rights-campaigner Osman Kavala was sentenced to life in prison without parole on Monday by an Istanbul court for allegedly funding protests in Gezi Park in 2013 and participating in the failed 2016 coup to overthrow Turkish President Recep Tayyip Erdogan’s government.

While he was initially acquitted of the 2013-related charge in 2020, Kavala was quickly re-arrested and accused of the coup offence. However, he was ultimately prosecuted over involvement in both uprisings in a complicated timeline that saw him acquitted and re-accused multiple times of both counts before the charges were merged and an espionage indictment was added

Kavala has maintained his innocence throughout his imprisonment, referring to the high-profile trial as a “judicial assassination” and insisting the charges are “conspiracy theories drafted on political and ideological grounds” in a speech before the court ahead of his sentencing. He had merely brought pastries and face masks to the protesters, he insisted, calling accusations of masterminding the protests “not plausible.”

“My only consolation is the possibility that my experience will contribute to a better understanding of the grave problems of the [Turkish] judiciary,” he told the court via video-link from Silivri prison, where he has been kept with only a brief interruption since 2017.

The three-judge panel took less than an hour to sentence Kavala for the protest charges but cleared him of the espionage charge. They also sentenced seven other less-famous defendants to 18 years each on charges of abetting the uprising. The sentencing reportedly attracted jeers from an audience packed with Western diplomats and human rights observers, for whom the Paris-born philanthropist’s case has become a cause célèbre.

Kavala’s 2017 arrest – at a time when he was known outside of Turkey primarily for promoting cultural reconciliation between the country and its longtime enemy, Armenia – surprised Turkey’s NATO allies and has become a diplomatic sticking point. His ongoing imprisonment led to the Council of Europe launching infringement procedures against Turkey for refusing to heed a 2019 ruling by the European Court of Human Rights demanding Kavala’s release due to a violation of his rights. The Council’s ruling could see Turkey stripped of its voting rights or even membership in the body.

Erdogan has defended the lengthy pre-trial detention of Kavala and others linked to the 2016 coup attempt and accused its European allies of meddling in Turkish affairs. Istanbul will not respect the Council of Europe if it does not respect Turkish courts, he declared in February, as the Council referred Kavala’s case to the ECHR. He has also accused Kavala of being the “Turkish branch” of billionaire currency speculator and international color-revolution promoter George Soros, whose organization packed up and left Turkey in 2018 as Kavala’s legal problems mounted.