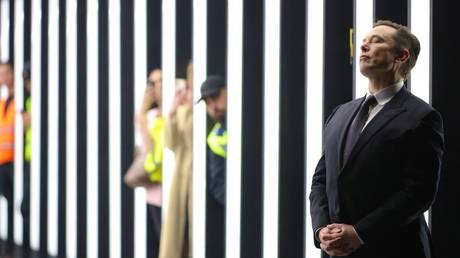 The former US president, infamously banned from Twitter, says he will stick to his own TRUTH Social platform instead

The 45th US President Donald Trump has no intention of coming back to Twitter, even after the platform’s acquisition by Tesla and SpaceX founder Elon Musk that was announced on Monday.

Trump told Fox News he will instead make his social media comeback on TRUTH Social, his own platform, in the coming days.

“I am not going on Twitter, I am going to stay on TRUTH,” Trump told the cable network on Monday. “I hope Elon buys Twitter because he’ll make improvements to it and he is a good man, but I am going to be staying on TRUTH.”

The bottom line is, no, I am not going back to Twitter.

Trump’s own platform launched back in February, but he has yet to make an appearance there. He told Fox he plans to start “truthing” over the next seven days.

The real-estate mogul turned Republican president famously leveraged his social media presence to bypass the legacy media in the 2016 campaign, first defeating the GOP establishment and then Democrat Hillary Clinton in the general election. He continued to use his personal Twitter account after taking office, prompting one federal judge to rule he’s not allowed to block critics.

Following the January 6, 2021 riot at the US Capitol, however, Twitter “permanently suspended” Trump, saying some people could interpret his tweets as incitement of violence. Facebook, Instagram, and Snapchat quickly followed suit.

Citing Twitter’s censorship of the satirical site Babylon Bee, Elon Musk made an offer to buy the platform earlier this month. Though the Twitter board initially rejected that bid and tried to insert a “poison pill” provision to head it off, on Monday they said they would accept his offer for a $44 billion takeover.

“Free speech is the bedrock of a functioning democracy, and Twitter is the digital town square where matters vital to the future of humanity are debated,” Musk said in a statement announcing the purchase. Restoring the accounts censored on political grounds over the years – including Trump – is among the top requests Musk is currently getting on Twitter.

Earlier this month, the former US president reminisced about the “pretty good fights” he and his supporters had with Democrats on Twitter, but said the platform has purged “a lot of good voices … a lot of their conservative voices” over the years and has become “very boring” as a result. Trump said he “probably wouldn’t have any interest” in coming back.

Asked about Musk’s purchase of Twitter on Monday, Trump told Fox that he sees it as “good” but not competition to what he’s doing.