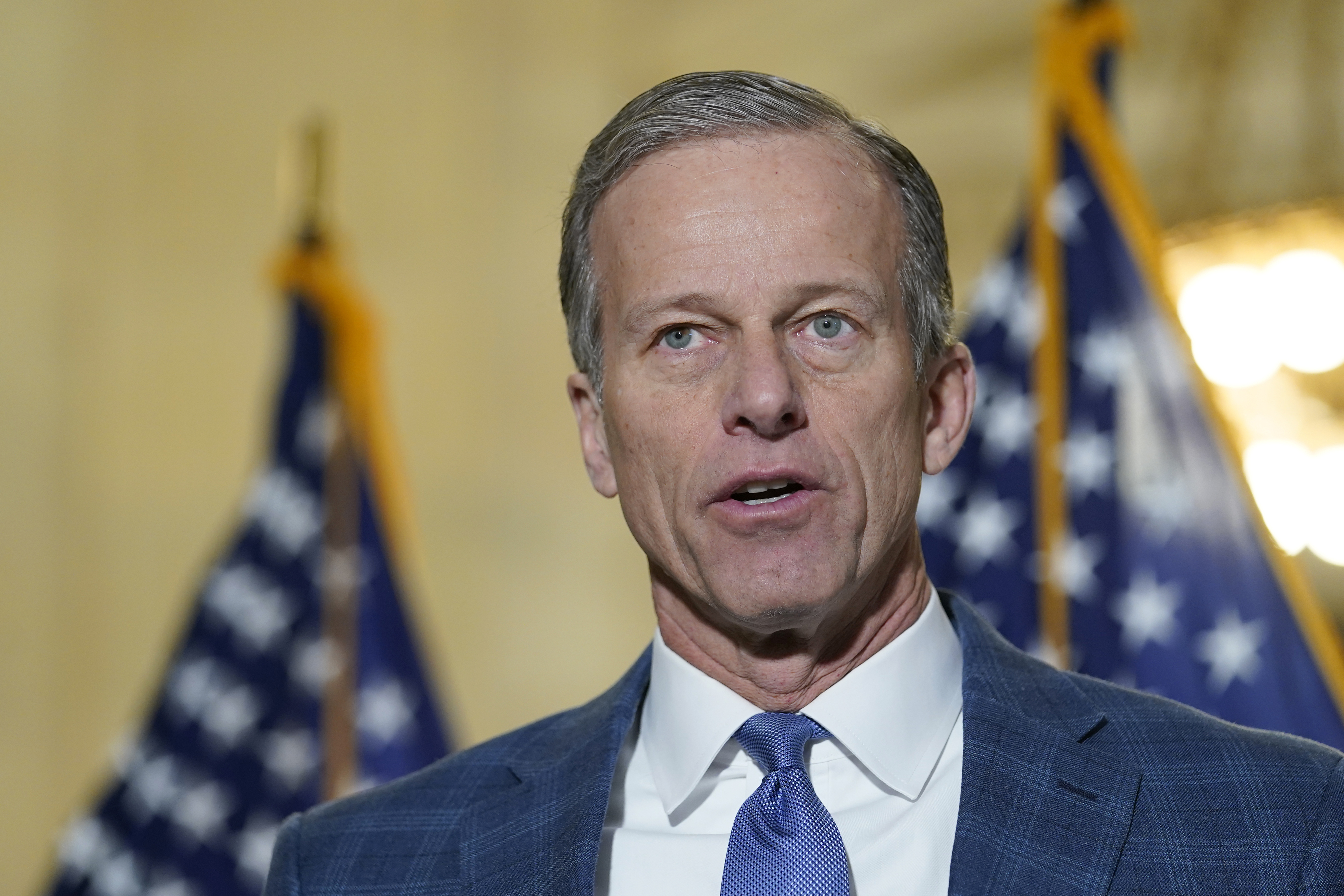 Joni Ernst is “very excited” about a potential Tim Scott presidential run. John Cornyn would “advise him to go for it.” And John Barrasso said it “doesn’t get any better than Tim Scott.”

Even Sen. Lindsey Graham, who spent much of Donald Trump’s presidency sticking to his side, said he’s intrigued by the possibility of a Scott presidential bid in 2024 and wants to see “what Tim does” before he makes any endorsements.

Scott would “bring something to the table on day one,” Graham said, adding his South Carolina colleague has “one of the most compelling stories of any Republican out there.”

Scott’s not personally chatty about the prospect of a 2024 presidential run, declining to talk and directing questions to his staff. But his Republican colleagues are buzzing about his massive reelection victory this year, rising national profile, substantial fundraising hauls and cross-country travels for other candidates. And they’re happy to talk him up.

The South Carolinian carved out a unique lane in the GOP, well-liked by mainstream leaders like Senate Minority Leader Mitch McConnell but never publicly at odds with Trump world, even when he’s offered halted criticism of the former president. And as the only Black Republican senator, he’d offer his party a compelling chance to build on its long-running effort to boost diverse candidate recruitment by further appealing to Democratic-leaning constituencies.

Of course, the 2024 Republican presidential primary is already shaping up to be a tough fight.

The anarchic opening month of former President Donald Trump’s bid — including meetings with antisemites and suggesting the Constitution should be terminated — has not narrowed the field of interested candidates. Rather, Senate Minority Whip John Thune (R-S.D.) said he thinks Trump’s latest bout of scandals may encourage more members of the GOP conference to take another look at a presidential run, even those who previously said they wouldn’t challenge Trump.

Although, he noted, Scott has never said as much.

“Everybody’s probably assessing it, trying to determine how much impact some of that has on [Trump’s] viability. But I don’t think there’s any question that it’s probably at least caused some people to consider, or reconsider, or perhaps embolden some, so we’ll see,” Thune said.

And that’s not counting other prospective candidates such as Florida Gov. Ron DeSantis, former South Carolina Gov. Nikki Haley — who appointed Scott to the Senate in 2013 — and former Secretary of State Mike Pompeo. Though it’ll be months before more candidates start showing their cards, Scott’s colleagues still think he has a shot.

Scott “is increasing in national prominence and [within] the party,” said Sen. Thom Tillis (R-N.C.). “I want to see what the first quarter shapes up to be in terms of people. Anyone who is serious about it is probably going to make a decision by the end of April. … Having somebody like Tim in the mix is positive for Republicans.”

It’s not clear who in the GOP conference will actually follow through on a White House bid. Sen. Tom Cotton (R-Ark.) ruled one out recently. Sen. Rick Scott (R-Fla.) said on the Hugh Hewitt Show Tuesday that he has “no plans” to run for president and instead is focused on his Senate reelection. Sen. Josh Hawley (R-Mo.) also recently said he didn’t intend to make a run in 2024.

In 2016, four sitting senators ran for president: Sens. Ted Cruz (R-Texas), Rand Paul (R-Ky.), Marco Rubio (R-Fla.) and Graham. Cruz has demurred when questioned about 2024. Asked if he was considering a 2024 bid, Sen. Marco Rubio (R-Fla.) said he’s focused on getting ready for the new Congress, fresh off his reelection.

“I’ve run for president before. I know what it entails, and I’ve been clear I’ve been interested in the past, so we’ll see how I feel about that in a few weeks or a few months,” the Floridian said.

“He’s obviously helped a lot of people around the country in the last year, raised a lot of money and built a lot of relationships that can be very useful if he does,” Thune said.

Tim Scott recently spoke at the Republican Jewish Coalition, along with other potential 2024 candidates, and during his victory speech upon winning reelection, he made a thinly veiled comment about a try for the White House.

Scott, who delivered the GOP response in 2021 to President Joe Biden’s speech to a joint session of Congress, also played a prominent role in negotiations over a high-profile policing bill with Sen. Cory Booker (D-N.J.). Those talks fell apart last year amid a dispute over making changes to qualified immunity, a statutory provision that shields police officers from civil liability for misdeeds. Scott released his own police reform proposal in 2020 in the aftermath of the murder of George Floyd, but Democrats blocked it, describing it as insufficient.

During the Trump administration, Scott called out the then-president for suggesting there was “blame on both sides” after white supremacists organized a rally in Charlottesville, Va., to protest the removal of Confederate Gen. Robert E. Lee’s statue. Scott, at the time, said he would not “defend the indefensible.” The senator eventually met with Trump one-on-one to discuss the matter.

“Tim is one of the more … endearing and interesting personalities in the Republican conference, and one of the most talented,” said Sen. Kevin Cramer (R-N.D.). “I think he thinks a lot about it. I mean, he just looks like a person who is making all the right moves to be a candidate.”

Burgess Everett contributed to this report.