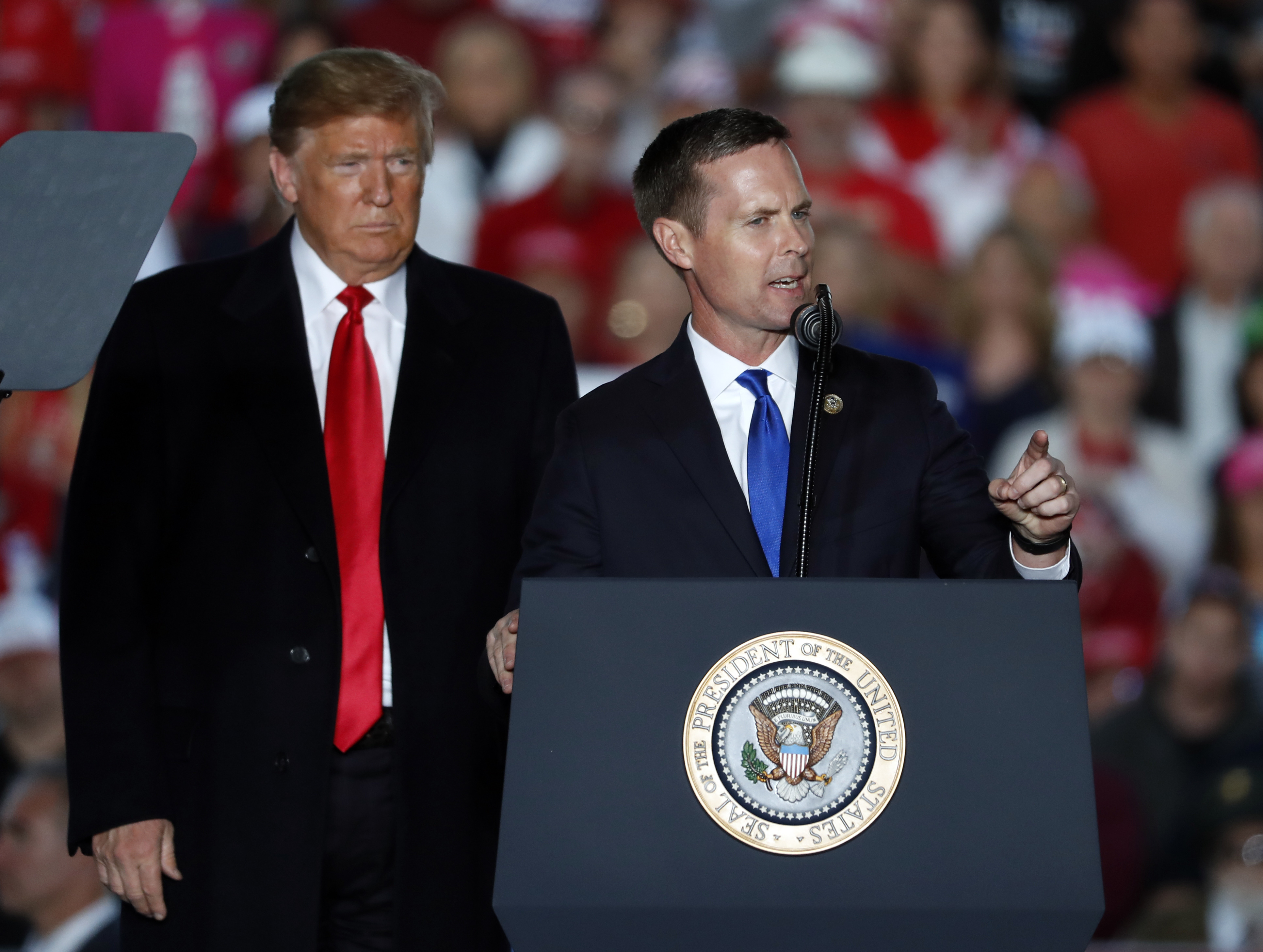 Rep. Rodney Davis wants to lead House Republicans next year in undercutting the Jan. 6 select committee. If Donald Trump doesn’t shove him out of office first.

Davis is in line to lead the House Administration Committee in January if Republicans take the House, as expected, and wants to use the panel to counter the messaging of the Democratic-led committee investigating the Capitol attack. But before he can grab the “investigate the investigators” baton, he has to beat a Trump-backed primary opponent as he runs in a district significantly more conservative than his current one, an intraparty race already flooded with nearly $11.5 million in outside spending.

Those two areas might go hand-in-hand, as Davis’ vow to probe the lawmakers investigating the Jan. 6 Capitol attack would theoretically gain him favor with Trump’s supporters. While the former president has already endorsed his opponent, House Freedom Caucus member Rep. Mary Miller (R-Ill.), and is holding a rally for her this weekend, other primary elections have shown GOP voters don’t necessarily mind if a candidate doesn’t get the official Trump nod, as long as he or she still demonstrates support for the former president.

Rep. Mike Bost (R-Ill.), who has endorsed Davis, said that while other GOP lawmakers lost primaries many of them had been critical of Trump and “that wasn’t the case with Rodney.”

“What’s really wild is that even though he didn’t get the nod from Trump, he was one of Trump’s coordinators in his last election,” Bost added. “I think that Rodney will win. I’m sorry that they were thrown together like that.”

Davis, asked about his dealings with Trump in a brief interview, said that they had a “good working relationship” while he was in the White House but acknowledged that, “I haven’t spoken with the president in a while.”

A probe into the select committee would be a significant escalation of the House GOP’s months-long effort to undercut the investigation into Trump’s efforts to subvert the 2020 election, and could put Republicans who have been of interest to the Jan. 6 panel in charge of investigating it. Rep. Barry Loudermilk (R-Ga.), who has been contacted by the panel over a tour he led on Jan. 5, is on the House Administration Committee.

And Davis, who was first elected in 2012, could be seen as an odd fit for spearheading a GOP investigation into the select committee next year.

He voted to certify Biden’s 2020 election win and was one of 35 House Republicans who supported a proposal for a bipartisan Jan. 6 commission that ultimately died in the Senate. Those two votes put him at odds with most of his House Republican colleagues, including members of leadership. Miller hasn’t hesitated to hit him on those points during the campaign.

He’s also been ranked as one of the top 10 most bipartisan House Republicans during 2021, according to the The Lugar Center and Georgetown University’s McCourt School of Public Policy. Those moderate leanings, an asset for his previous district, have become a potential liability as he tries to win over a more conservative area of the state.

Miller, whose campaign didn’t respond to a request for comment, has nicknamed him “‘RINO’ Rodney Davis,” an acronym that stands for Republican in name only, and said that he “stabbed President Trump in the back by voting for the sham January 6th Commission.” Though Davis supported the bipartisan commission, he did not vote to form the select committee now probing the attack.

After Miller’s rally with Trump was announced, Davis responded by touting his own ties to Trump. He said he “would hope President Trump and Republican voters are aware of the baggage Mary Miller has” and that she “has put America last in Congress.”

House leadership had urged the former president to stay out of the race, but members of the chamber’s Freedom Caucus pushed him to endorse Miller. The intraparty fight has been fed by outside spending, with more $2.6 million spent in support of Davis and more than $2.2 million for Miller as of Thursday evening, according to OpenSecrets. Outside groups have also spent roughly $3.5 against Davis and nearly $3 million opposing Miller.

And while Davis doesn’t have the endorsement, he has largely voted with Trump’s agenda, including aligning with more than 88 percent of the time, according to FiveThirtyEight.

“I’m not going to shy away from the work that we did together to help pass historic tax cuts, really change the way Washington operates,” Davis said. He added that he’s planning investigations into the Jan. 6 panel “because it’s the right thing to do.”

That dynamic could be critical in his face off with Miller, one of several incumbent-on-incumbent matchups in the wake of redistricting that has forced both parties into tough battles. Davis currently represents the state’s 13th district, which is ranked as R+8 by FiveThirtyEight. But the newly redrawn 15th district, where he and Miller are both running, is rated an R+42 .

Asked if the Jan. 6 fallout is influencing the race, Aaron DeGroot, a spokesperson for Davis, noted that Miller missed the vote on forming the select committee and argued that the Jan. 6 committee “isn’t registering as a top issue for Republican primary voters.”

“Rodney’s work on this issue preceded redistricting in Illinois and the primary campaign he currently faces. It’s unrelated to the campaign,” he added.

But his criticism of the Jan. 6 committee puts him squarely in line with most House Republicans, from Minority Leader Kevin McCarthy all the way down to rank-and-file members.

Davis stood side-by-side with leading members of the conference earlier this month to blast the Jan. 6 Committee as it launched its first of a series of hearings. Next to him were McCarthy, GOP Conference Chair Elise Stefanik (R-N.Y.), Republican Study Committee Chair Jim Banks (R-Ind.), Rep. Jim Jordan (R-Ohio), a co-founder and current member of the House Freedom Caucus who is line to wield the Judiciary Committee gavel next year.

“Nancy Pelosi’s sham committee is illegitimate, and its sole purpose is to punish Democrats’ political opponents. It will not prevent another Jan. 6 from happening,” Stefanik said.

Davis has also been working with a group of GOP lawmakers, including Banks and Jordan, on an unofficial investigation into Capitol security on Jan. 6 — a line of questioning at the heart of the GOP’s attempts to counter the committee’s narrative without directly addressing allegations against Trump.

“I would hope that our recommendations … could be taken up by the House Administration Committee and others when we get the majority back,” Banks said about the group’s forthcoming report.

Davis indicated that he would use his perch atop the committee to probe both the current Jan. 6 panel and Capitol security. He’s already asked the select committee to preserve documents, a first step to lay the groundwork for a GOP-led probe.

He also accused the committee of sidestepping questions about Capitol security — something members have said they’ve included as part of their investigation.

“Those are questions that we will ask when we take the majority,” Davis said.