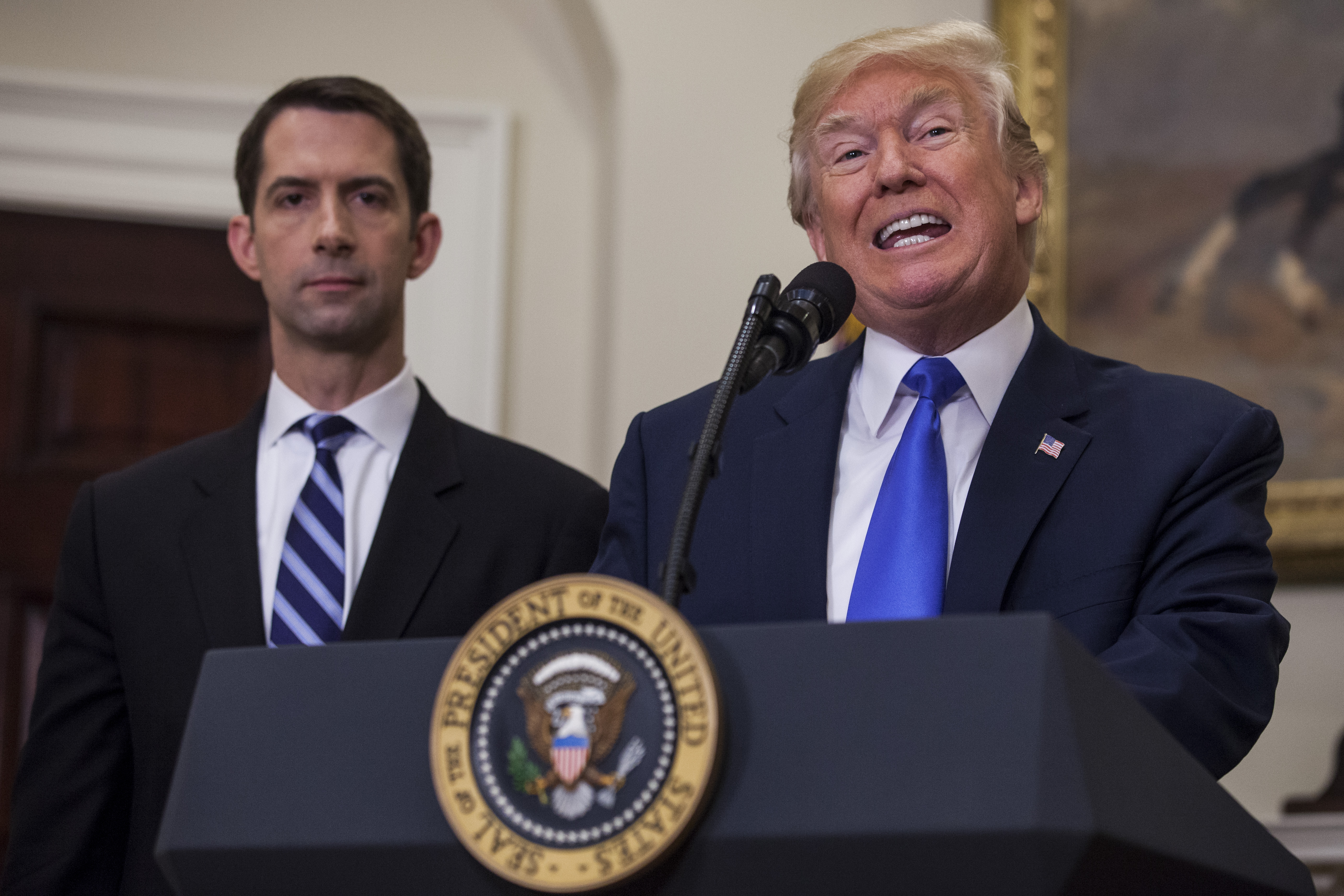 Politicians don’t enjoy it, but most change positions at least once in their careers. Then there’s Tom Cotton.

From restricting legal and illegal immigration to hawkish foreign policy to criticizing the nation’s “under-incarceration” of criminals, the Arkansas senator keeps staking out hardline positions in anticipation that fellow Republicans will come to him. As small-government as they come on every issue other than national security, Cotton is a 1980s throwback — mentioning former President Ronald Reagan 10 times in a lengthy interview with POLITICO.

And he sees his rigidity as a feature, not a bug of his brand of immovable politics.

Cotton doesn’t say “no” when asked if he’s planning to run for president in 2024. His book, “Only the Strong,” is due out after the election and focuses on his national security approach.

And for a party still reeling from the peripatetic ideology of Donald Trump, Cotton could offer a predictable alternative: He builds few bridges to Democrats and isn’t afraid of clobbering Republicans, either.

He talks regularly with Trump but isn’t begging for a third campaign from the former president either: “That’s a decision that he will make, as well as everyone else.”

“We have an election right in front of us that’s highly consequential. So I’ll get beyond that election before I start thinking about any future elections,” Cotton said.

It’s an understatement to say Cotton is a polarizing force in American politics. Just ask mild-mannered Sen. Jeanne Shaheen (D-N.H.), who angrily replied to Cotton’s criticisms that the Democratic Party is “conciliatory” toward Russia: “That dog won’t hunt.”

“Accusing me and other Democrats wholesale of being soft on Putin and Russia is just wrong. And it’s not something he or anybody else ought to be doing,” Shaheen said in an interview. Since their confrontation, she added, “he hasn’t done it to me.”

Cotton was once the youngest member of the Senate, and after more than seven years in the chamber he’s still the third-youngest at 45. Barely two months into his tenure, Cotton upended global foreign policy with a letter to Iran’s leaders informing them that any nuclear agreement with then-President Barack Obama could later be voided by the next commander-in-chief.

He served two combat tours in Iraq and Afghanistan and defeated incumbent Sen. Mark Pryor (D-Ark.) by a whopping 17 points in 2014. His favorite food is birthday cake. His favorite phrase to use with reporters is “no comment.” 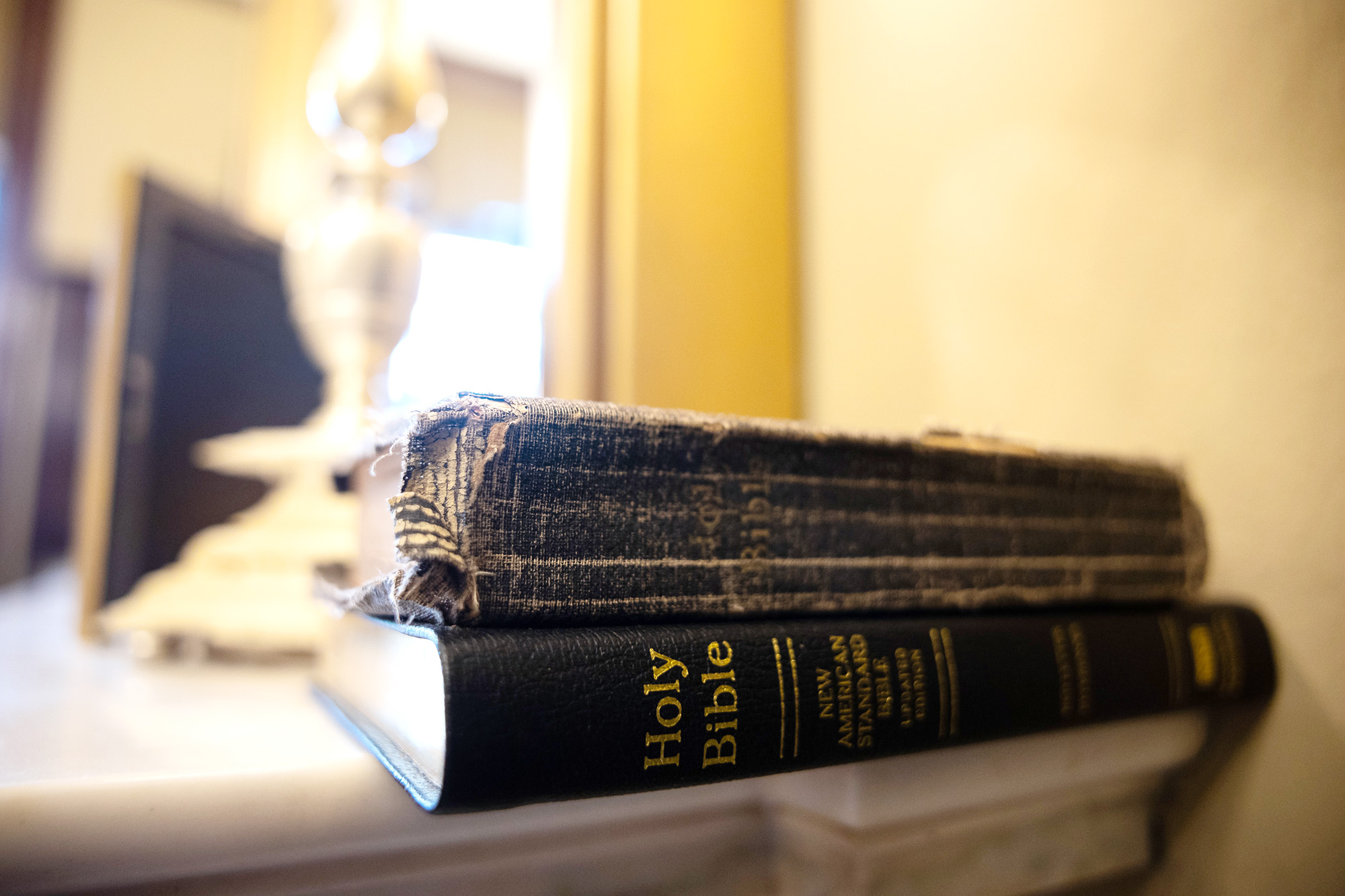 Cotton said he’s committed to continuing to provide Ukraine with money from Congress, even if Republicans take back the Senate majority. But questions about Biden’s Ukraine policies — which have been praised by some Republicans — elicit a lengthy diatribe about the president: “He’s been terrible in Ukraine. The Ukrainian war is a massive failure of deterrence. And it is primarily Joe Biden who failed to lead the Western response in the lead-up to Vladimir Putin’s invasion of Ukraine.”

That said, Cotton draws the line at harmonizing with Sen. Rick Scott (R-Fla.), who says that the “incoherent, incapacitated and confused” Biden should resign.

“Joe Biden’s obviously lost a step. But I think his conduct in American foreign policy over the last 18 months or so has been consistent with his kind of wild swings” on foreign policy, Cotton said.

White House spokesperson Andrew Bates slammed Cotton’s remarks as “weak political carping,” adding that “someone who not only voted against Ukraine aid but defended the previous administration’s freeze of military assistance to Ukraine is inherently discredited.” Though Cotton supported the recent $40 billion Ukraine bill, he voted against a large government funding bill that contained $14 billion for the U.S. ally in March.

Though he’s positioning himself as one of Biden’s chief critics, Cotton is equally notorious for fighting with Republicans. He opposed the bipartisan Gang of Eight immigration bill and unsuccessfully tried to thwart a modest Trump-era criminal justice reform law that he called a “jailbreak.”

He led the fight against former GOP Speaker Paul Ryan’s Obamacare repeal attempt and his hopes to tax imports. And Cotton also unsubtly contrasted his call for a military presence during protests over George Floyd’s death in 2020 with Sen. Mitt Romney (R-Utah), who marched in Washington with a church group. Cotton said he was “standing up in the summer of 2020, against the BLM rioters — when some Republicans were marching with them.”

“It plays well any time you can be straightforward and say what you mean and what you believe in when you have the facts. And I would say Tom has facts,” said Sen. Deb Fischer (R-Neb.).

Still, Cotton is more circumspect when it comes to Trump, who infuriated Republicans by moving to withdraw troops from Afghanistan in 2020. Cotton explained that “I had many, many conversations with the former president about a lot of different foreign policy questions. And we usually ended up in the same place.”

Cotton worked closely with GOP leader Mitch McConnell to thwart Trump’s plan to overturn the 2020 election in Congress, arguing that “objecting to certified electoral votes won’t give him a second term.”

POLITICO’s interview with Cotton was conducted just hours before a man shot and killed 19 children and two adults in Uvalde, Texas. Regarding that mass shooting, Caroline Tabler, a spokesperson for Cotton, said that “Sen. Cotton is following the facts as they continue and will support ways to improve security at schools once all the facts are known.”

Cotton’s straightforward manner leaves little opacity about his ideology. But he’s still capable of surprises, such as his close relationship with the least conservative member of the Senate GOP conference.

“We disagree, but it doesn’t matter. We have mutual respect for the other’s views on issues ,and I really enjoy him,” said Sen. Susan Collins (R-Maine). In 2024’s presidential hunt, she added, there’s “Nikki Haley, Chris Christie, Marco Rubio, Larry Hogan. There’s several outstanding candidates. But Tom is on my list.”

On the other side of the Republican coin is Sen. Josh Hawley (R-Mo.), who voted to contest Trump’s loss, opposed the $40 billion aid to Ukraine and has proposed more government intervention into the economy. Despite those contrasts between him and Cotton, Hawley said that the Arkansan was the first senator to encourage him to mount a run for Senate. He said the two “never discussed” their disagreement over challenging the 2020 election.

Last year, Hawley, Cotton and Sen. Ted Cruz (R-Texas) orchestrated a wide-ranging campaign to hold up many of Biden’s lower-level appointments. There, Cotton showed a rare modicum of flexibility, ultimately relaxing his hold on U.S. marshals and U.S. attorneys in April.

Senate Judiciary Chair Dick Durbin (D-Ill.) said that though there have been “challenges … eventually we worked it out.” He warned, however, that Cotton’s brand of politics imperils any kind of immigration reform. Cotton recently joined the Judiciary panel, which has oversight power over immigration and border security.

“I believe he’s opposed to all forms of immigration. And I certainly hope that’s not the Republican Party position,” Durbin said.

At the moment Cotton has no intention of softening on immigration “at all, especially under current circumstances.” That’s not to say he couldn’t change his mind — if everything goes his way.

“Can I imagine a world where the border is totally secure, labor force participation is high, wages are accelerating, certain industries need more workers? Yes, I can,” Cotton said. “It just isn’t present now. And it hasn’t been present for a very long time.”