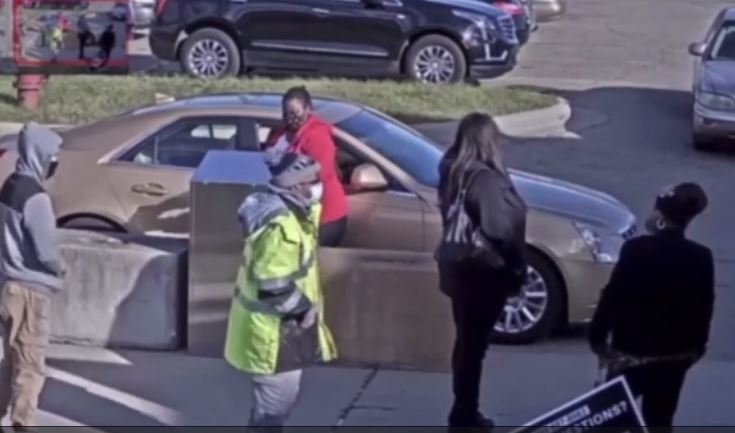 Back on October 17, 2020, The Gateway Pundit interviewed Catherine Engelbrecht the founder of True the Vote election integrity organization. Back in October 2020, Catherine warned us that the “key to victory” was for conservatives to observe and keep watch of the ballot drop boxes.

Catherine warned us and she was right.

Catherine Engelbrecht and associate Gregg Phillips have been working to expose the election fraud since November 2020. They are about to go public with their findings in the upcoming movie “2000 Mules.”

On Wednesday The Gateway Pundit founder Jim Hoft and Patty McMurray from 100% FedUp will interview Catherine Engelbrecht and Gregg Phillips, the investigative team behind the ballot trafficking investigation into the 2020 presidential election.

** Our interview will begin Wednesday at 5 PM.**

The two investigators have been working with Dinesh D’Souza on his latest movie project “2000 Mules” that will be released early next month.  The movie will uncover the massive ballot trafficking operation in several states during the 2020 election.

During our interview Gateway Pundit and 100% Fed Up released new video clips of the Michigan drop boxes from the 2020 election.

** We thank the Michigan warriors at MC4EI.com for their exceptional work on this.

We still have hours and hours of video to go through.

Here are the new clips we released on Wednesday.

The post TGP and 100PercentFedUp Release New Drop Box Video from Michigan from 2020 Election — From Interview with Catherine Engelbrecht and Gregg Phillips from True the Vote (Video) appeared first on The Gateway Pundit.