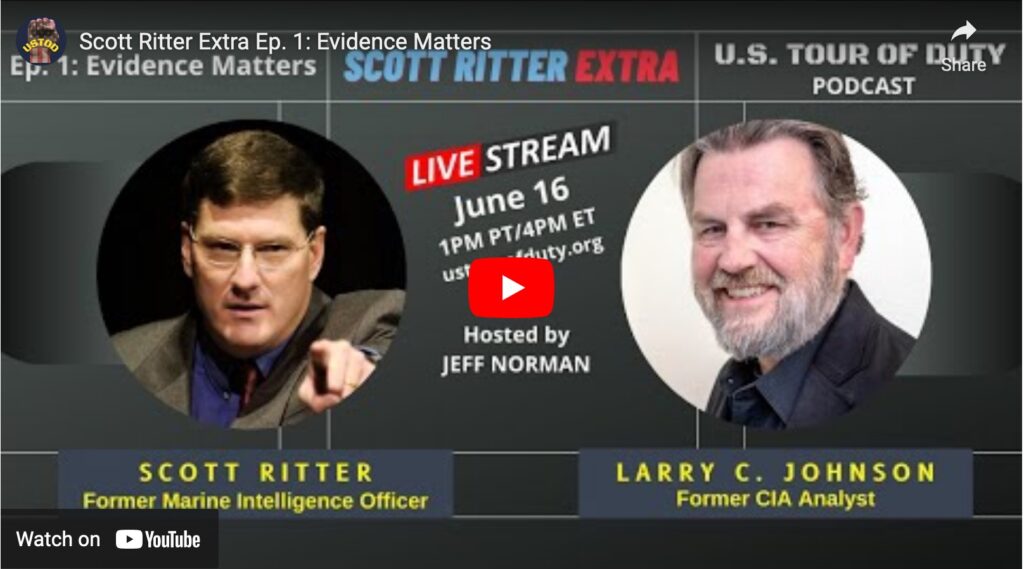 Okay. I hyped the title. Scott and I had a detailed, respectful exchange regarding the situation in Ukraine that was hosted by Jeff Norman. We disagree on some details and have a semantic difference over the meaning of “game changer”. But we agree on the bottom-line that Russia’s military operation is comparable to those that defined World War II. In fact, I think Gonzalo Lira agrees with our bottom-line.

I respect both Scott and Gonzalo. They bring different and important perspectives and I believe they sincerely want to educate global audiences on what is taking place in Ukraine. Scott and I met one time–we played a round of golf at the Army Navy Club. We have exchanged emails over the years on various intelligence and military issues. Gonzalo is a new email friend. He sent me a lovely message regarding the passing of my mother. He is a Chilean mensch (and he is not even Jewish). I believe Scott, Gonzalo and I agree on one essential point– the cynical U.S. and NATO policy to try to extend the war in Ukraine in order to punish Russia is evil.