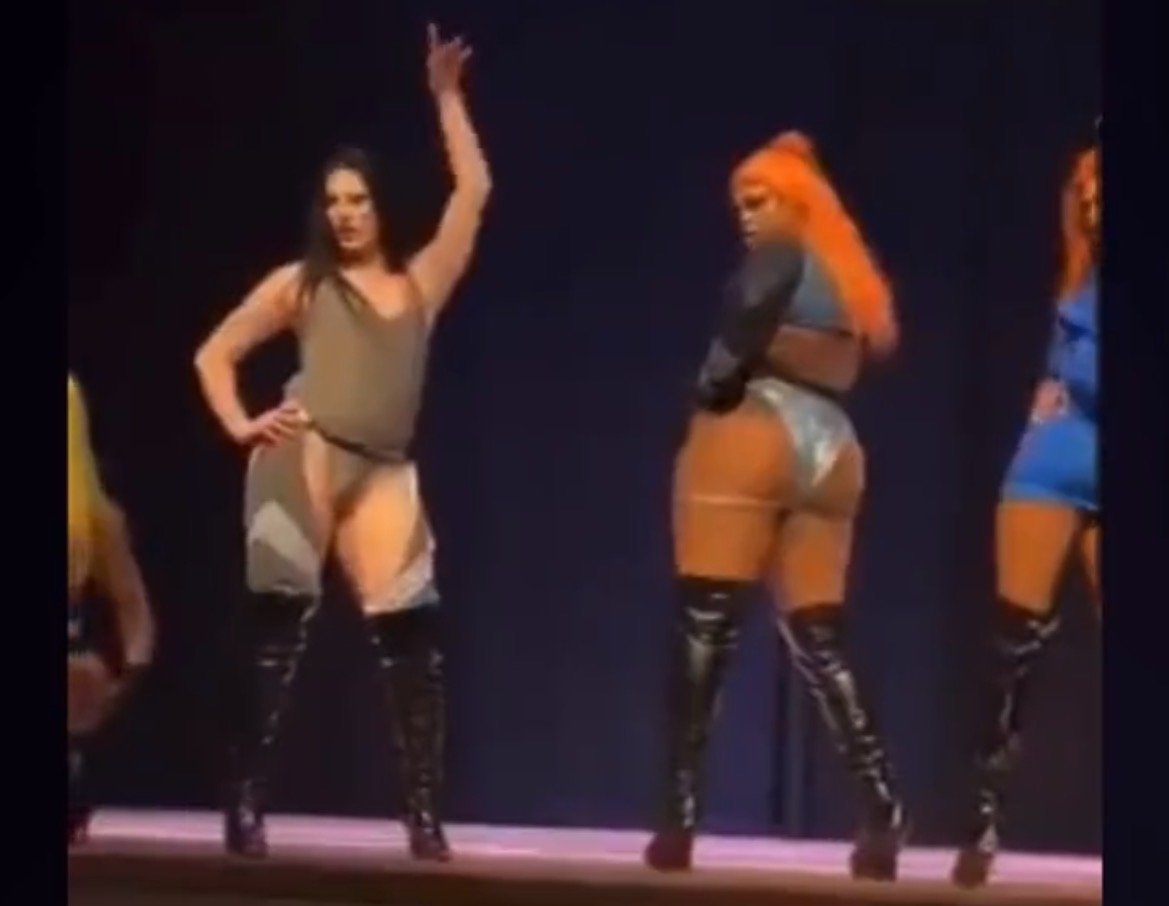 Lancaster County, PA – Video of a Hempfield School District teacher dressed in drag with three other scantily clad queens dancing on a stage made the rounds on social media this week.

The teacher dressed in drag was suspended after hosting the raunchy show for students as part of the Gay Sexuality Alliance Club without parental consent.

“We are appalled at what took place and in no way condone this type of activity in our schools. Neither the dress of the invited guests nor the performance was appropriate in our school setting. We are taking the incident seriously in our ongoing investigation and follow-up actions. It is important to district administrators that the district has the trust and confidence of the community, and we realize that an incident such as this completely undermines that trust. We commit to completing a thorough investigation and holding those involved accountable, up to and including disciplinary action that is commensurate with any findings.” – the school district said in a statement, according to ABC 27.

According to Hempfield School District, it was “made aware of a serious situation” that took place at the high school on Monday, April 25, during after-school hours.

The school district said they were notified of the “performance” that happened during an after-school event for student members of the Gay Sexuality Alliance Club.

“Immediately following the notification, an investigation into the incident began,” said the school district in a statement.

The school district would not confirm the identity of the teacher, but it did say an individual has been placed on administrative leave pending the outcome of the investigation.

The school district administration said in a statement they apologize to students, parents, and the community.

A Pennsylvania teacher hosted a drag show event for students as part of the GSA club. Parents were reportedly not notified. The district has confirmed this morning that the teacher is on leave. pic.twitter.com/NSjkJELl6e

Apparently this drag show has been going on for 3 years.

The teacher who organized the event posted this afterwards. This has apparently been going on for 3 years pic.twitter.com/aiX0Q8G2l4