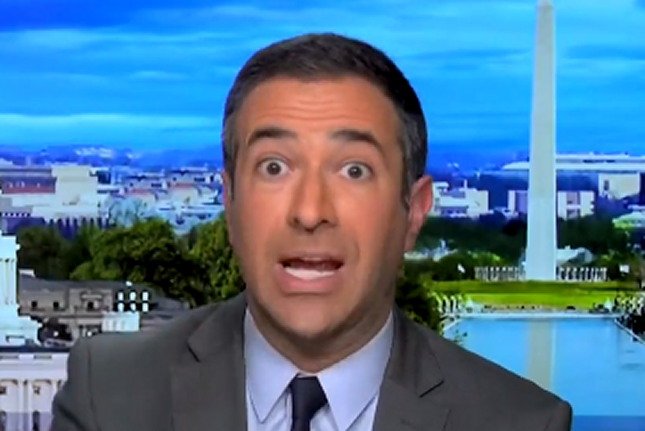 MSNBC’s Ari Melber was talking about Elon Musk’s takeover of Twitter this week and without a hint of irony, gave away the left’s game.

He suggested that Musk could deplatform a liberal presidential candidate, or suppress support for such a candidate.

Melber said all of this with zero self-awareness.

MSNBC host Ari Melber was roasted on Twitter for worrying Monday that Elon Musk could use Twitter to “secretly ban” or “turn down the reach” of a major party’s candidate ahead of an election.

Melber’s apprehension of the purchase of Twitter by the SpaceX and Tesla CEO was obvious during the Monday evening episode of The Beat with Ari Melber, where he couched Musk as potentially power-hungry rich guy willing to use the social media platform to his advantage…

“It’s true if you are a democracy like the United States that used to regulate media ownership and say Rupert Murdoch can’t have too many local TV stations and newspapers in one town, they have laws for that are still on the books,” he said, adding that meanwhile, “Congress hasn’t gotten round to limiting whether someone can own all of Twitter.”

Then he gave his main warning: “If you own all of Twitter or Facebook or what have you, you don’t have to explain yourself, you don’t even have to be transparent, you could secretly ban one party’s candidate or all of its candidates, all of it nominees.”

“Or,” he added, “you could just secretly turn down the reach of their stuff and turn up the reach of something else and the rest of us might not even find about it til after the election.”

“You could secretly ban one party’s candidate…secretly turn down the reach of their stuff and turn up the reach of something else and the rest of us might not even find out about it until AFTER the election.”

Has Melber been living under a rock for the last five years?

The post MSNBC Host Frets Over Elon Musk Takeover Of Twitter And Accidentally Gives Away The Left’s Game (VIDEO) appeared first on The Gateway Pundit.