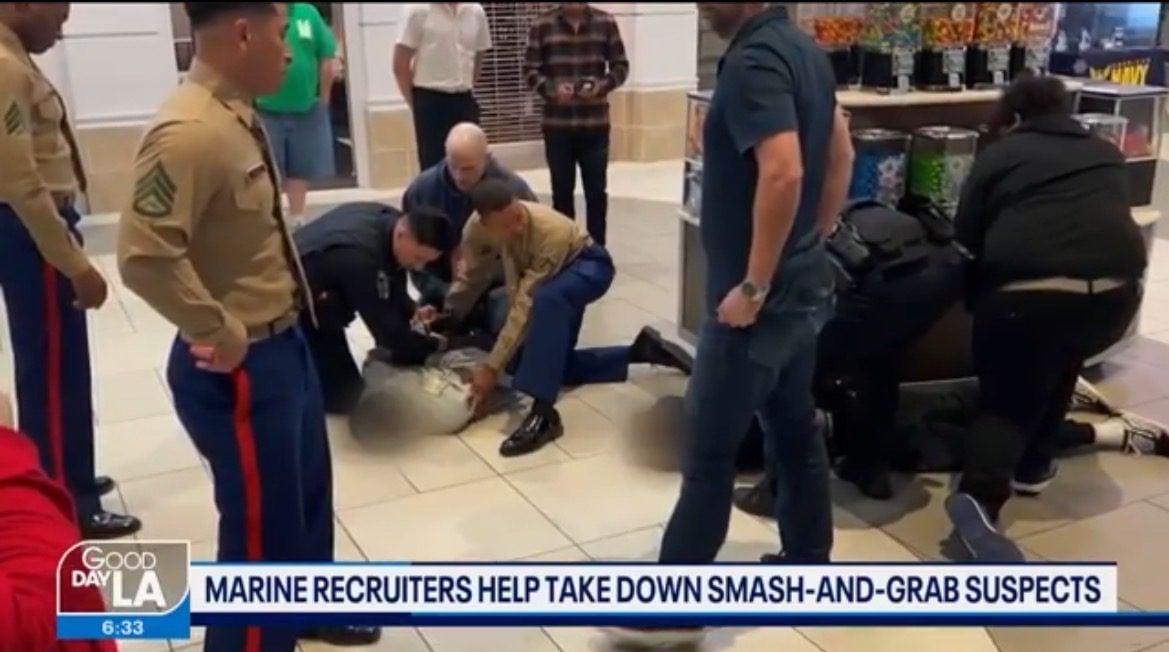 Marine recruiters and Good Samaritans jumped into action and tackled the suspects.

Two of the suspects were able to escape and two others, both minors, were detained.

According to Fox 11, police were able to recover a “large amount” of jewelry.

Torrance PD thanked the Marine recruiters for jumping into action and detaining two of the suspects.

Officers responded to masked suspects with hammers & gloves stealing from a jewelry store within the mall. The suspects fled but nearby military personnel & by-standers held 2 suspects until TPD arrived. Great work to all involved & shout-out to @USMC Recruitment #SouthBay!