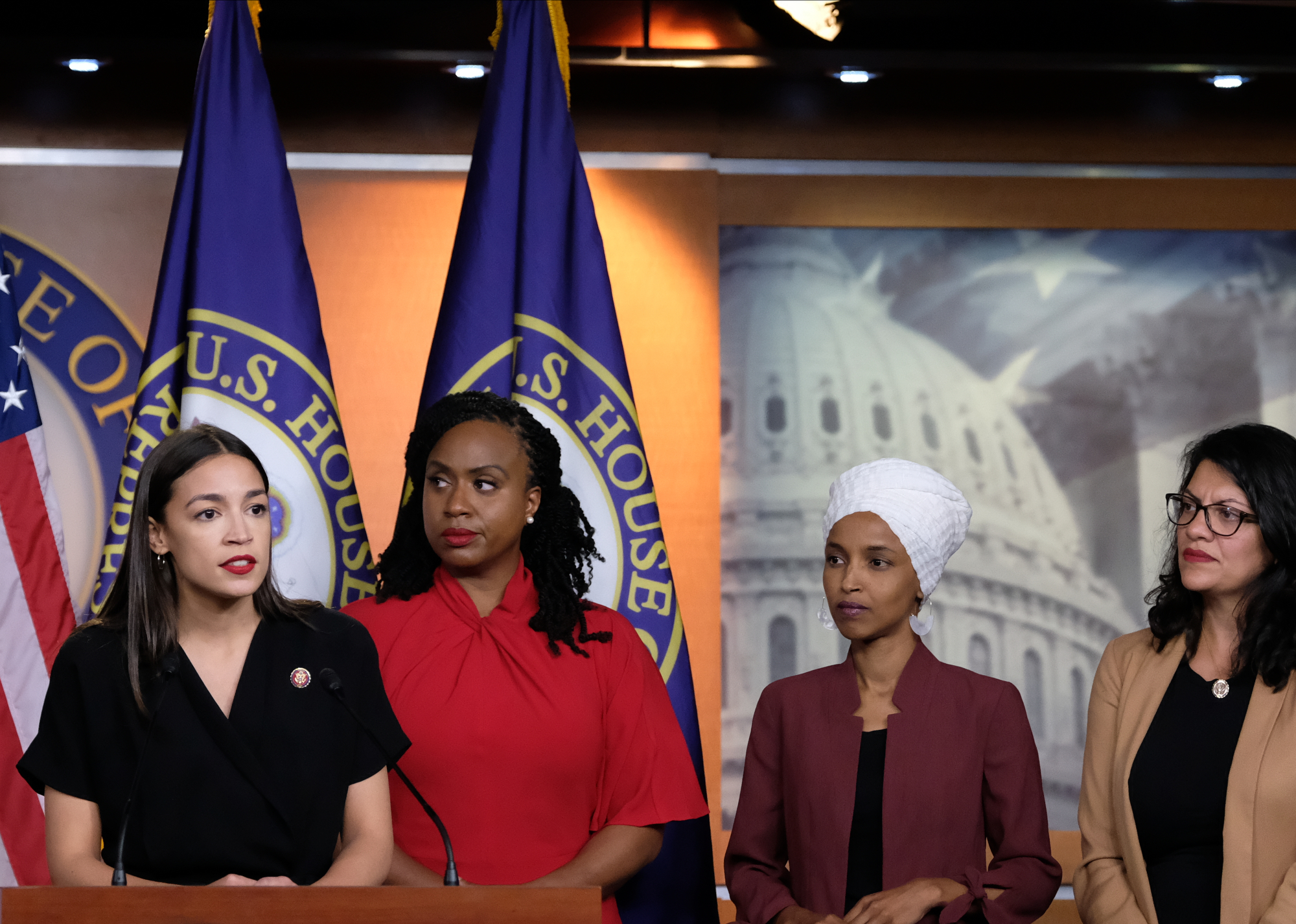 Even as House Democrats shrink into the minority, the voices of progressive lawmakers — inspired by the so-called squad — are set to grow only louder.

An optimistic crop of liberal first-year lawmakers is confident they can pry back the majority from Republicans in two years. In the meantime, add another five members, aligned with the liberal Working Families Party, to the ever-expanding list of those vowing to push President Joe Biden’s administration to the left on priorities like workers’ rights, climate change and immigration.

And they’re already tuned in to a cliché critical to commanding Congress: There’s power in numbers. While several soon-to-be members had already come together on the campaign trail and grew closer as they descended on Washington, they’ve also forged alliances with other incoming lawmakers they met for the first time at orientation.

“I think that as legislators, our job is to agenda-set. It’s to govern, it’s to create policy, but it’s also to put forth that best case, and bring people over to us,” said Rep.-elect Summer Lee (D-Pa.), one of two Justice Democrat-backed candidates to win a general election. “That’s what progressives have to do, whether we’re in the majority or the minority. … That’s going to be where a lot of power is: in expanding the realm of what’s possible.”

They’re all set to join a Democratic Caucus that’s becoming younger, more diverse and more liberal. It’s potentially more hospitable terrain than what the “squad” faced four years ago, when the original group of four progressive lawmakers became a favored target for Republicans — and even some moderate Democrats. While Lee is the only one to openly say she hopes to join the squad, other new lawmakers are looking to the group of six as an example of the power they can wield, despite being relatively junior legislators with little concrete congressional influence.

“So much of my class and all of orientation, people have felt really inspired because we know that odds are we will retake the House and will be in the majority in two years,” Rep.-elect Greg Casar (D-Texas), the other Justice Democrat-backed candidate to win last month, said in a recent interview. “The progressive energy, especially among people of color, working-class communities, young people — that’s what we bring.”

The group of new members, which includes Reps.-elect Delia Ramirez (D-Ill.), Maxwell Frost (D-Fla.), Becca Balint (D-Vt.), Lee, and Casar, has a text thread in which they discuss everything from news articles and policy ideas to memes and puppies. They jokingly call Rep.-elect Robert Garcia (D-Calif.), the first openly LGBTQ immigrant elected to Congress, “Mr. President” and they’ve already got a bourbon supplier in Rep.-elect Morgan McGarvey (D-Ky.).

They’re also helping each other find affordable housing, with Ramirez and Lee planning to room together to save money in the expensive D.C. area. Mirroring squad members’ penchant for talking about their own everyday hardships in life, Ramirez spoke plainly about her financial struggles that made a roommate necessary, even with a six-figure congressional salary. She listed off credit card debt, medical debt from two recent miscarriages, her husband working as a freelancer and a mortgage back home.

“I don’t want to feel embarrassed, but damn, that’s not the reality, or something that many of my colleagues have to ever worry about,” said Ramirez, the self-described “housing legislator.” Ramirez said she and her husband made the tough decision for him to stay back in Illinois and visit D.C. occasionally. 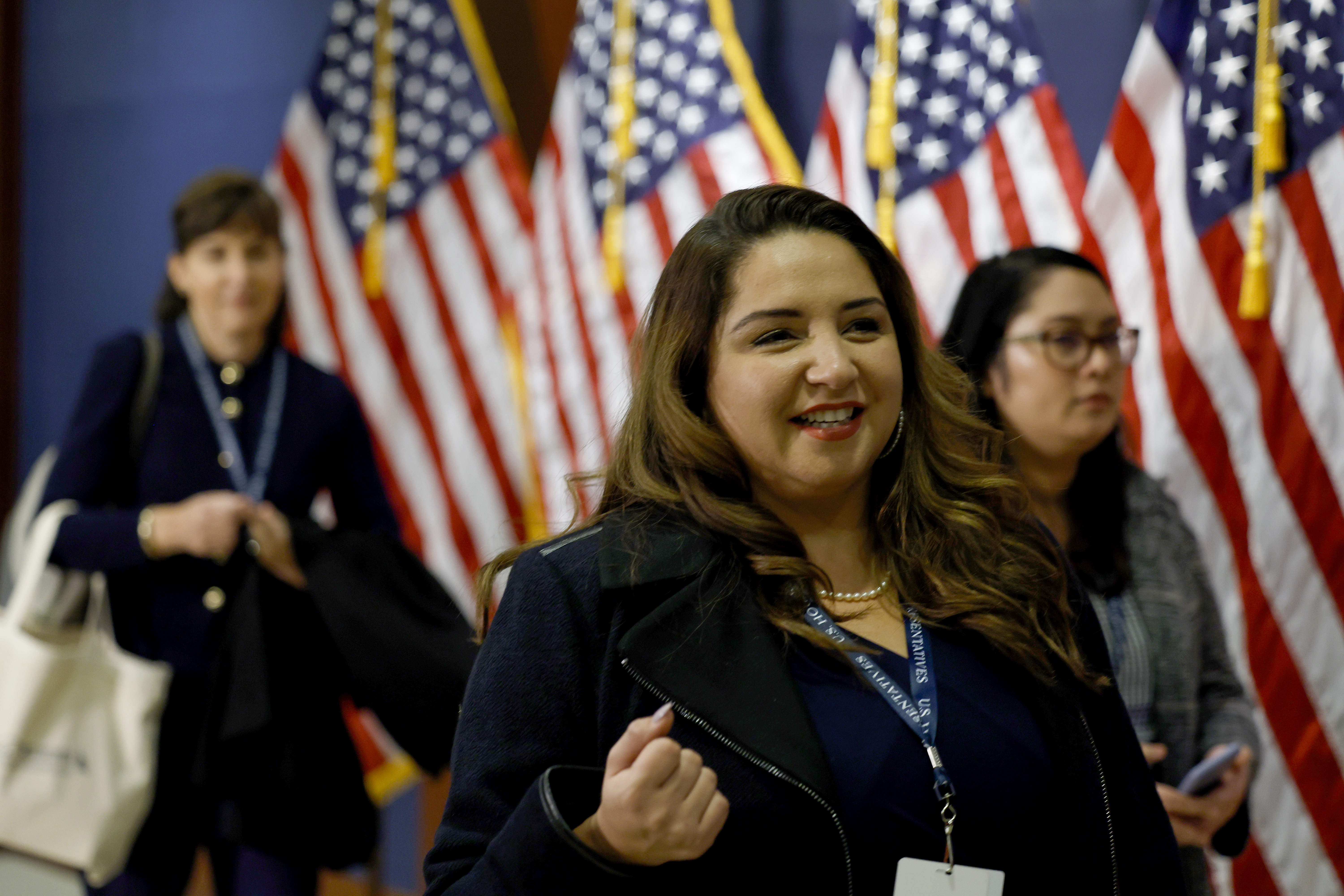 While there’s not a formal process to join the squad, many of the members-elect cited the progressive group as a model for how they hoped to govern. They praised the example set by members like first-term Rep. Cori Bush (D-Mo.), who last year slept overnight on the steps of the Capitol to protest the end of an eviction moratorium imposed during the pandemic. Days after she started her protest, the Biden administration announced it would continue the moratorium in most of the U.S.

“I just appreciate her honesty, how authentic she is, but also how intentional she is about how to move the needle, even if it means outside of the legislative process,” said Ramirez, who said her one-on-one with Bush during orientation was one of her “most profound conversations.” The Illinoisian also said she was squad-member Rep. Ayanna Pressley’s (D-Mass.) “biggest fan, and she knows this.”

The incoming liberals know legislation that addresses their goals will be next to impossible with a GOP-controlled House. Instead, they’re ready to whip out a different tool at their disposal: pushing the Biden administration to enact priorities through executive actions, no matter how short-lived they could prove to be.

“We need to push and work with the Biden administration to get as much as we can done,” Casar said, citing stronger overtime rules and labor protections as some of his top priorities. He’s set to wield power as the Congressional Progressive Caucus’ Whip in the upcoming term.

Casar is used to butting heads with the GOP and finding creative workarounds. His stint on the Democratic City Council in Austin, Texas was marked by statewide Republicans’ constant efforts to preempt much of their local legislation, such as when the Legislature passed a law that forced local governments to allow law enforcement to ask suspects about their immigration status. Casar said the city found a way to implement the legislation that effectively neutered the GOP-led law.

Additionally, the group is ready to use the time in the minority to shape Democratic priorities, looking to force tough intraparty conversations immediately. Lee, for example, said she wants to address efforts to shun progressive lawmakers through outside spending in elections. She personally faced a deluge of spending from outside entities in her race, including from the pro-Israel group AIPAC, that made her bid for a seat President Joe Biden won by 20 points by 20 points surprisingly competitive.

The influx of money, she said, “oftentimes impacts particularly progressives, but [also] Black and Brown folks and women as we are trying to break into a system that is already very hard and difficult for us to get into in the first place. So it stacks disadvantages.”

“We have to prioritize money in politics,” she added. “The progressive wing of the party is absolutely under attack.”