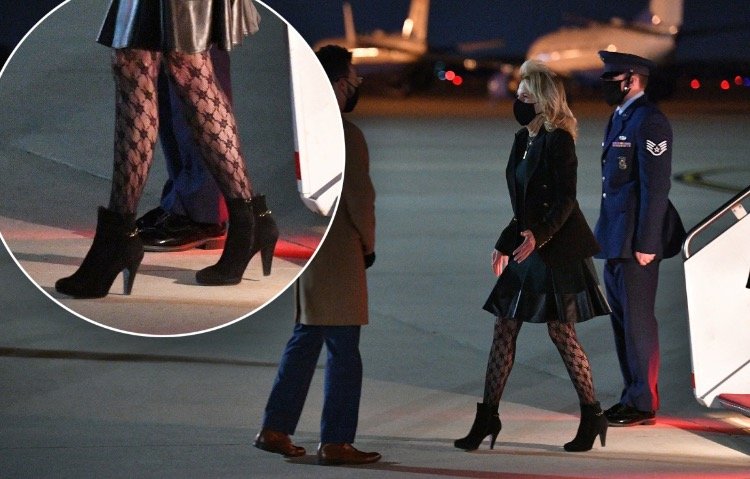 Jill Biden’s biography was a total flop and only sold 250 copies in its first week on the market.

According to far-left Politico, the dulling of the Biden White House isn’t due to lack of talent in the press briefing room, but rather due to fulfillment of a central Biden promise: to beat Trump and make DC news boring again.

And because DC is boring, sales of Dr. Jill’s biography:  “Jill: A Biography of the First Lady” have been a little slow.

It has nothing to do with the fact that Jill Biden is tacky, uninspiring, cheated on her first husband with Joe Biden and now abuses Biden, an elderly man who is clearly suffering from dementia.

“Like many women of her generation, she holds her commitments as wife, mother and grandmother at the center of her life. She is a professor, earned a doctorate in educational leadership, and taught at Northern Virginia Community College. She broke barriers as First Lady as the first to hold a paying job outside the White House.” the book’s promo reads.

Gone are the Tweets that sent newsrooms scrambling. So long to the five alarm Friday news dumps that had editors frantically rearranging weekend plans. Bye-bye to the massive TV budgets for White House specials and the firehose of publishing deals for books about the administration. NPD BookScan, which tracks book sales in the U.S., said that prominent books about Trump released in his first two years of office outsold Biden books during his first year and a half by, what an official there said was, “essentially 10:1.” A newly released biography about Jill Biden, by two well-respected Associated Press journalists, sold just 250 units in its first week, according to the company.

For the vast majority of Americans, and even plenty of people in Washington, it’s all been a relief — the minute-by-minute churn of presidential politics is no longer so omnipresent and existential in their lives.

No one is buying Jill Biden’s autobiography.

No one shows up to Joe Biden’s events.

Yet the media wants the American public to believe Joe Biden – with help from Jill Biden, is the most popular president in US history.