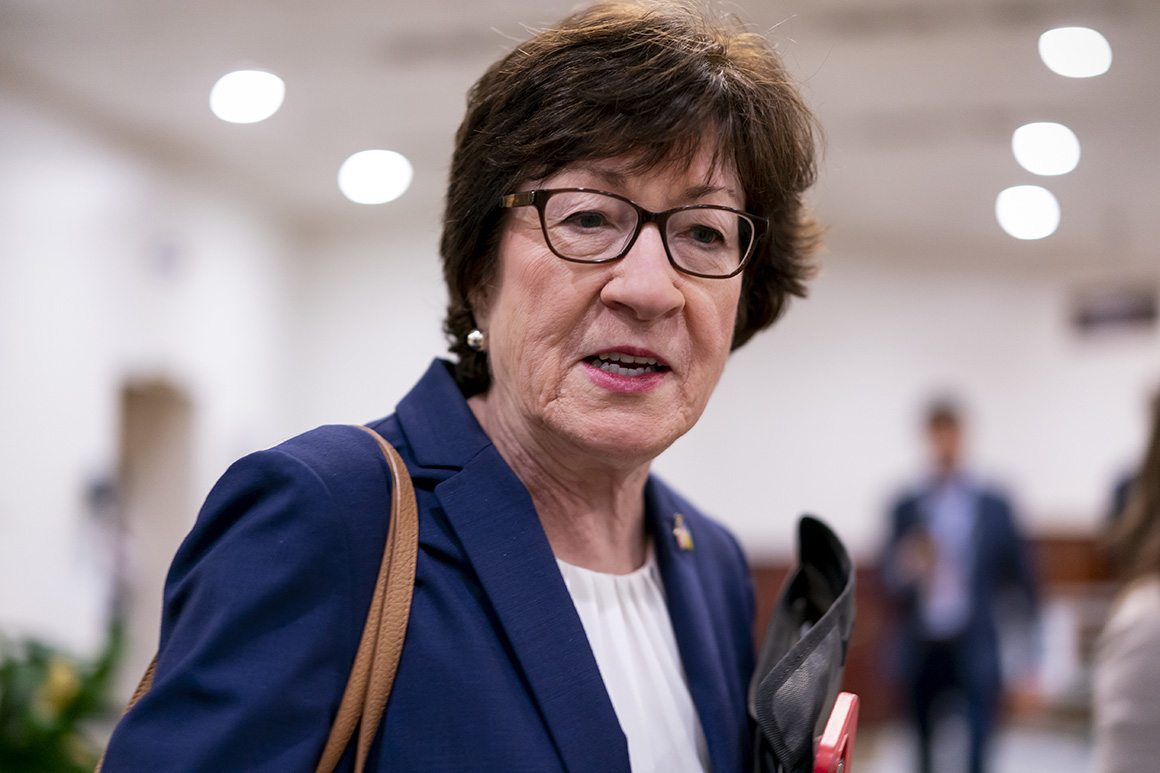 The Senate’s latest bipartisan project — reform of a 135-year-old election law Donald Trump tried to exploit on Jan. 6 — is landing with a thud in the House.

Pivotal members of the Jan. 6 select committee are unimpressed by the proposal recently released by 16 senators in both parties to update the Electoral Count Act, the arcane statute Trump and his allies sought to manipulate to block certification of the 2020 election. And House members are signaling they want to go further.

Rep. Jamie Raskin (D-Md.) called the Senate effort “fine and necessary, but not remotely sufficient to meet the magnitude of the threat against democracy now,” citing the need to also push for voting rights changes.

“I don’t want to be overly critical, but I think there are some elements of what we’ve worked through that might be superior,” added Rep. Zoe Lofgren (D-Calif.), who’s spearheading the select panel’s pitch to change the law that Trump backers used to pressure then-Vice President Mike Pence. “So, hopefully, we’ll come up with a melded version that serves the country.”

Jan. 6 select committee members are eyeing a fall release of their own recommendations to reform a swath of election-related policies, including updates to the 1887 law that senators want to overhaul. Their work could complicate the Senate proposal’s path to President Joe Biden’s desk before next year — the effective deadline for action, given the House GOP is unlikely to let anything on the matter pass.

It’s the latest emerging turf war between the two chambers and emblematic of a broader trend in the 117th Congress: House resistance to simply swallowing whatever the 50-50 Senate can enact.

Proponents of the Senate’s effort note that the bipartisan proposal, led by Sens. Susan Collins (R-Maine) and Joe Manchin (D-W.Va.), is a draft that will likely see some changes before any floor action. The Senate Rules Committee, one of two panels with jurisdiction over the topic, is scheduled to hold a hearing next week.

In the meantime, Senate aides familiar with the effort emphasized that the Collins-Manchin-helmed proposal is the only option likely to get the 60 votes needed to break a filibuster, and that the Jan. 6 panel has yet to release its alternative. And Democrats are anxious to pass something clarifying the law, given the ambiguities Trump tried to exploit have yet to be fixed.

A spokesperson for the select committee did not immediately respond to a request for comment.

In a statement, Collins emphasized the bill is the product of more than six months of negotiation between senators and consultation with election and legal experts. She noted that Senate Rules Committee Chair Amy Klobuchar (D-Minn.) and top Republican Roy Blunt of Missouri “provided advice and counsel throughout this process” and that she is speaking with both of them “about potential improvements ahead of the August Rules Committee hearing.”

“The focus of our bipartisan group has always been to draft legislation to fix the flaws of the archaic and ambiguous Electoral Count Act of 1887 that can receive more than 60 votes to pass the Senate, and that is exactly what our bill would achieve,” Collins added.

The Senate’s bipartisan Electoral Count Act reforms include several major changes to the law that are intended to prevent another misuse of the Jan. 6 certification rules. The legislation clarifies that the vice president’s role overseeing the election is ministerial; raises the threshold for challenging election results to one-fifth of members in both the House and the Senate; establishes that, unless otherwise stated, only a governor can submit slates of electors to Congress; and creates an expedited judicial review process for any challenge to a governor’s certification of electors.

Another element of the Senate plan removes the law’s reference to a “failed” election to clarify that ballots need to be cast by Election Day unless a catastrophic event occurs. The broader subject of voting rights, a topic that Democrats tried and failed to pursue legislation on earlier this year, is not addressed.

The bill comes more than a year and a half after Trump assembled a group of fringe lawyers who argued, in part, that aspects of the Electoral Count Act were unconstitutional and could simply be ignored by Pence. Some lawmakers and allies have worried the Senate’s draft doesn’t do enough to prevent similar attempts to circumvent the law and the proposal has drawn some prominent criticism.

Democratic elections lawyer Marc Elias penned a blog post last week raising concerns that the law’s expedited judicial review process could place extraordinary power in the hands of some judges with extreme views. He also suggested that the current language could allow a rogue governor to certify an illegitimate slate of presidential electors.

Matthew Seligman, a fellow at the Center for Private Law at Yale Law School, said he agreed with Elias’ assessment that the legislation‘s timeline for challenging a governor’s certification is too short. But he described some of Elias’ other concerns as “misunderstandings” of the proposed legislation, and said in reality the choice is the Senate’s bill “or nothing.”

“If people hold out and say ‘I’m not going to agree to anything that isn’t everything,’ then what that means is we might wake up on January 7th of 2025 in a brave new world. And once we’ve crossed that Rubicon, after a stolen presidential election, I don’t think we can go back,” Seligman said.

Importantly, there’s still some common ground between the chambers. A January report on reforming the Electoral Count Act from the House Administration Committee, which Lofgren chairs and several other members of the select panel also sit on, called for the vice president’s role during the electoral count to be significantly narrowed and for the election-objector threshold to be raised.

The select panel has also repeatedly cited testimony from Pence counsel Greg Jacob, who told the panel both publicly and privately that the former vice president had no legal authority to return the election to the states or reject Biden’s electors. Doing so would have violated the existing provisions of the Electoral Count Act, Jacob has argued.

“…Our review of text, history, and frankly just common sense all confirmed the Vice President’s first instinct on that point,” Jacob testified in June. “There is no justifiable basis to conclude that the Vice President has that kind of authority.”

The Jan. 6 select panel is set to hold more public hearings in September, where they’re expected to start laying out their recommendations to prevent a repeat of the attack and Trump’s attempts to overturn the election. Among other provisions, House lawmakers are likely to introduce their own bill to reform elections. At the same time, they’re not taking an absolutist stance against the Senate draft, and some are open to more modest changes.

“I think that what we have to hope to do in Electoral College reforms is make it very clear what the rules are,” said Rep. Adam Schiff (D-Calif.). “And also ensure that those that win the popular vote, end up with the electoral votes, and that the will of the voters can’t be ignored or somehow gamed.”

Kyle Cheney contributed to this report.

Go to Source
Author: By Marianne LeVine and Nicholas Wu