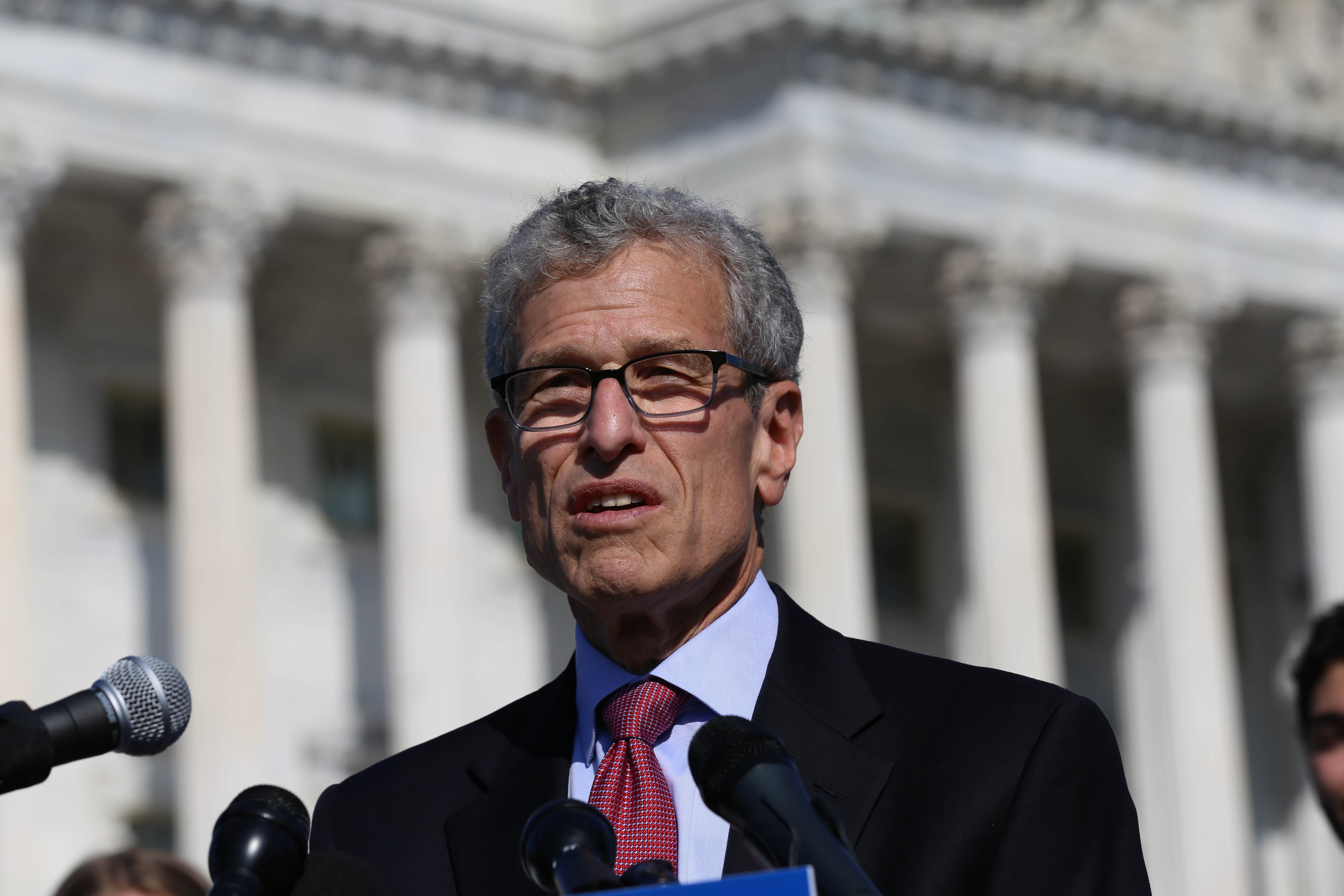 A group of top Democratic strategists are launching a multi-million-dollar hub to counter an expected investigative onslaught by the likely incoming House GOP majority — digging into President Joe Biden, his administration and his son, on top of potential Cabinet impeachments.

The newly relaunched Congressional Integrity Project initiative, details of which were shared first with POLITICO, will include rapid response teams, investigative researchers, pollsters and eventually a paid media campaign to put congressional Republicans “squarely on the defense,” founder Kyle Herrig said in an interview.

It’s designed to serve as the party’s “leading war room” to push back on House Republican investigations, Herrig said in an interview. He added that the project would “investigate the investigators, expose their political motivations and the monied special interests supporting their work, and hold them accountable for ignoring the urgent priorities of all Americans in order to smear Joe Biden and do the political bidding of Trump and MAGA Republicans.”

A team of researchers has already begun scouring public records, press clippings and other documents in a bid to immediately undercut House GOP leaders, from Minority Leader — now speakership hopeful — Kevin McCarthy to the likely committee chairs expected to manage probes of Biden and his network.

The House GOP views investigations as a key piece of its agenda for the next Congress once it takes the narrow majority that’s now expected, particularly as much of its legislative wish list is on track to stall thanks to the Senate filibuster and Democratic president. McCarthy has privately talked with committee chairs-in-waiting to coordinate plans, making the swift launch of the outside-group pushback plan a potential godsend to Democrats.

Democratic leadership on the Hill has been briefed about the project’s relaunch, according to a person familiar with its plans.

Brad Woodhouse, a longtime Democratic strategist who is part of the project’s new leadership team, called the House GOP’s looming investigations a “vendetta” after two impeachments of and investigations into former President Donald Trump while Democrats controlled Congress, including the bipartisan select committee probing the Jan. 6 Capitol riot.

Republicans wouldn’t formally take the House until January, but its leaders are already vowing to cut a broad investigative swath. As McCarthy put it during his conference’s recent agenda rollout: “Every committee has responsibilities for oversight.”

“They’ve virtually outlined no substantive agenda for governing,” Herrig said of House Republicans. “This is what they’re going to do … so you really need a concentrated effort that’s doing this every day.”

In addition to Herrig and Woodhouse, the project’s leadership team will include Leslie Dach, a well-known Democratic communications specialist who has led progressive organizations for decades, served in the Obama administration and advised the Biden administration’s pandemic response.

In a sign of the important role the initiative will play over the next two years — and its proximity to the White House — other senior advisers include Jeff Peck, a former Biden aide during the president’s time in the Senate who served as treasurer and vice chair of the Biden Foundation as well as a senior adviser to the Biden-Harris transition.

For the final two years of Biden’s term, Republicans will be aided in their oversight push by a coalition of outside conservative research groups that have already mapped out potential targets and started digging into issues ranging from Hunter Biden’s business dealings to immigration policy.

And GOP lawmakers have left their own investigative breadcrumbs that make it clear where they intend to go. Likely Oversight Committee Chair James Comer (R-Ky.) will lead the Hunter Biden investigation, with Republicans already preparing to elevate the probe to Joe Biden although no evidence has publicly emerged that his decisions were affected by his son’s business dealings. Comer recently told POLITICO that he and likely Judiciary Committee Chair Jim Jordan (R-Ohio) would provide a public update this week.

Jordan, meanwhile, is preparing to use the gavel he’s poised to take for conduct a sweeping investigation into the Justice Department and FBI, two frequent targets of Trump’s ire. That probe is likely to touch on everything from the search at Mar-a-Lago for classified documents to tracking threats against local school officials, which the GOP slams as an effort to target parents despite denials from the bureau.

Other GOP areas of interest include the withdrawal from Afghanistan, Ukraine aid and a coronavirus probe that is likely to sweep up longtime public health adviser Anthony Fauci.

McCarthy and his allies are under pressure from their base and some members of their own conference to pair their investigations with impeachment articles; some in the party are clearly itching for payback after then-President Trump was impeached twice. Though impeaching Biden is likely a heavy lift — and a step that McCarthy isn’t endorsing for now — Republicans see Homeland Security Secretary Alejandro Mayorkas as a more likely target for attempted removal from office.

Congressional Democrats and others close to the administration view Republicans’ vows to investigate Mayorkas’ department and the border as the latest sign that they aren’t serious about trying to pass immigration legislation. And they slam Republican investigative plans writ large as thinly veiled attempts to help Trump, pointing to Jordan’s public remarks earlier this year that characterized GOP probes as helping “frame up the 2024 race.”

Their goal is to prevent a repeat of the 2016 presidential campaign when Republicans also controlled the House and created a select committee to investigate the 2012 attack on the U.S. mission in Benghazi, Libya, that killed four Americans. That GOP select panel ended up zeroing in on former Secretary of State Hillary Clinton as she prepared to ascend to the Democratic nomination, culminating in an 11-hour grilling of Clinton.

Republicans’ two-year Benghazi investigation spent $7 million in taxpayer money and dogged Clinton on the campaign trail before finally producing an 800-page report that didn’t focus on the former secretary of state.

Then-Majority Leader McCarthy quipped in 2015 to Fox News’ Sean Hannity that the Benghazi committee had successfully driven down Clinton’s poll numbers. “He took a lot of crap for it, but in the end, it was true” that the investigation hurt Clinton politically, recalled Woodhouse.

Rather, Democrats hope the flood of investigations will lead to a repeat of the 1998 midterm elections, held amid the GOP push to impeach then-President Bill Clinton. Voter backlash against that move helped Democrats defy historical trends in House races that favor the party that doesn’t occupy the White House gaining seats.

Go to Source
Author: By Heidi Przybyla and Jordain Carney