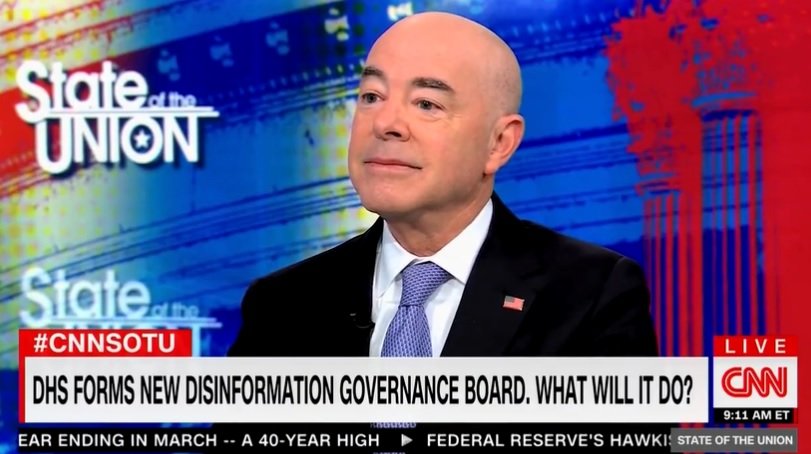 Insane DHS Chief Alejandro Mayorkas was on this morning at far-left CNN and he dropped another major lie.

Just days after creating a “Ministry of Truth” to combat so-called disinformation, DHS Chief Alejandro Mayorkas said his new Minister of Truth is well suited to lead this unconstitutional group .

Homeland Security Secretary Alejandro Mayorkas praised his new disinformation czar as ‘qualified and neutral’ despite evidence to the contrary and criticism from Republicans.

Asked about that criticism on CNN’s State of the Union, Mayorkas called Nina Jankowicz ’eminently qualified, a renowned expert in the field of disinformation.’

This response directly conflicts with the truth.  We reported on Jankowicz’s positions in the past.  Not only is she completely biased, but she is also always wrong.