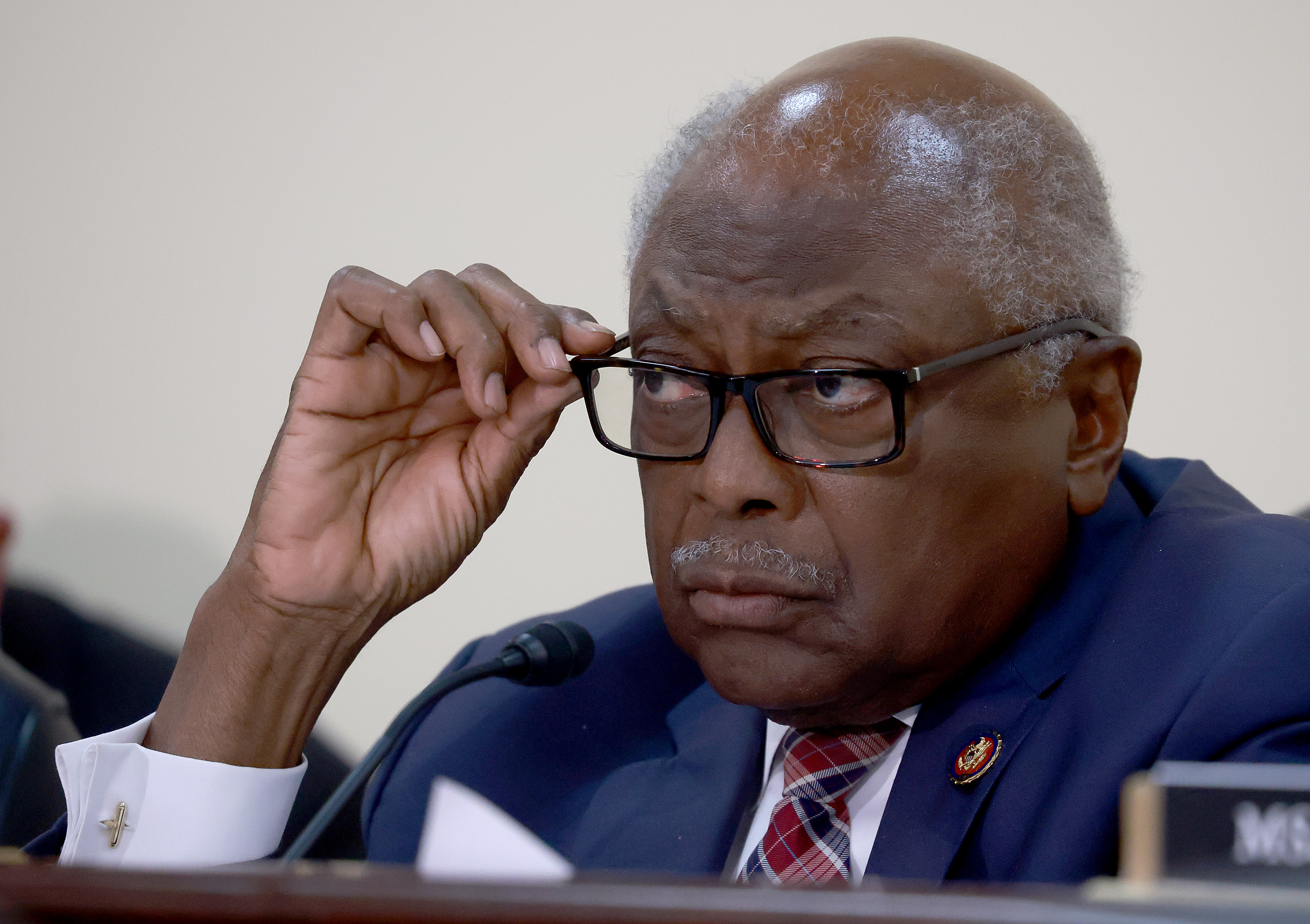 WASHINGTON — The race to succeed Speaker Nancy Pelosi as the leader of House Democrats may have been clinched at a meeting in the Capitol on Sept. 1.

That’s when House Majority Whip James E. Clyburn of South Carolina and Rep. Hakeem Jeffries of New York slipped back to Washington to connect in Clyburn’s office during the summer congressional recess at Jeffries’ request.

The 52-year-old Jeffries was concerned enough that he offered to fly to South Carolina to seek the counsel of the 82-year-old Clyburn. The younger lawmaker wanted to gently make sure his elder in the Congressional Black Caucus knew of Schiff’s quiet campaign — and to even more gently warn Clyburn about the risk of splitting votes between them and opening a path for the ambitious Californian.

Jeffries need not have been alarmed.

Asked if he would be willing to serve in an emeritus role in the leadership, Clyburn said he is “willing to do anything the caucus thinks is to their benefit,” noting that Jeffries has “referred to me as a mentor.”

The South Carolinian’s reassurances — his most pronounced to date and downright blunt in the diplomatic parlance of leadership races — are likely to prove the linchpin for Jeffries’ all-but-certain campaign.

Jeffries declined to comment. A spokesperson for Schiff, Cate Hurley, said his “time and energy” are on helping colleagues to “retain the House Democratic majority.”

Even before the savage attack on Pelosi’s husband last week, House Democrats have afforded her a measure of public respect. Jeffries and Schiff have traveled extensively to stump for their colleagues in the midterm campaign, but only mentioned their aspirations to other lawmakers in private meetings or subsequent phone calls. Even then, the two have tried to be careful not to explicitly state that they’re running for her job or make firm requests for support.

This restraint, however, masks what so many House Democrats assume: that they will lose the majority on Tuesday and the speaker will step down from her post, creating the first vacancy atop the caucus since Pelosi succeeded Richard Gephardt two decades ago.

What has been less clear to lawmakers, at least before Clyburn’s candid remarks, is whether he and House Majority Leader Steny Hoyer would vie to succeed Pelosi.

Unlike Schiff, 62, and Jeffries, the two octogenarian leaders have not been lighting up their colleagues’ cell phones with calls and texts alerting them of their interest in the fashion of the two younger lawmakers — what one House Democrat called the “if-then” approach — “if there’s an opening atop the caucus, then I’d be interested.”

Yet if Hoyer or Clyburn were to seek the top job, it could complicate matters for Schiff and Jeffries.

The dynamic could prove particularly awkward should Clyburn run, raising the prospect of a generational battle within the CBC.

If the South Carolinian does clear the way for his younger colleague, however, the 58-member bloc would overwhelmingly rally to Jeffries, paving the way for him to become the first African-American to serve as a congressional leader.

“He brings old-school political acumen with an ability to relate to younger people,” Rep. Emanuel Cleaver of Missouri, another member of the CBC, said of Jeffries, while taking care to note he was not going to formally declare his preference until after the election.

Privately, a number of Democratic lawmakers said Jeffries is their best option as leader because he’s the rare member who’s proficient at both the outside and inside game, skilled enough to carry the party’s message on television but also attuned to his colleague’s needs and wants.

Jeffries’ ascent would be significant for a number of reasons. There’s his history-making status, a descendant of enslaved people leading his party in a building partly built by enslaved people.

With the current trio of House Democrats in their 80s, the transition to a lawmaker who came of age in the 1980s, and is given to quoting Biggie Smalls and even rapping at fundraisers, would also further fuel questions about the future of a president about to turn 80.

Then there’s the matter of Pelosi’s departure.

A historic figure herself, the speaker has kept a once-fractious caucus remarkably unified over a 20-year period during which time Republicans have gone through four leaders opposite her.

What she’s not been able to do, though, is groom a successor. This deficiency is why some House Democrats believe Schiff suddenly began sounding out his colleagues earlier this year. 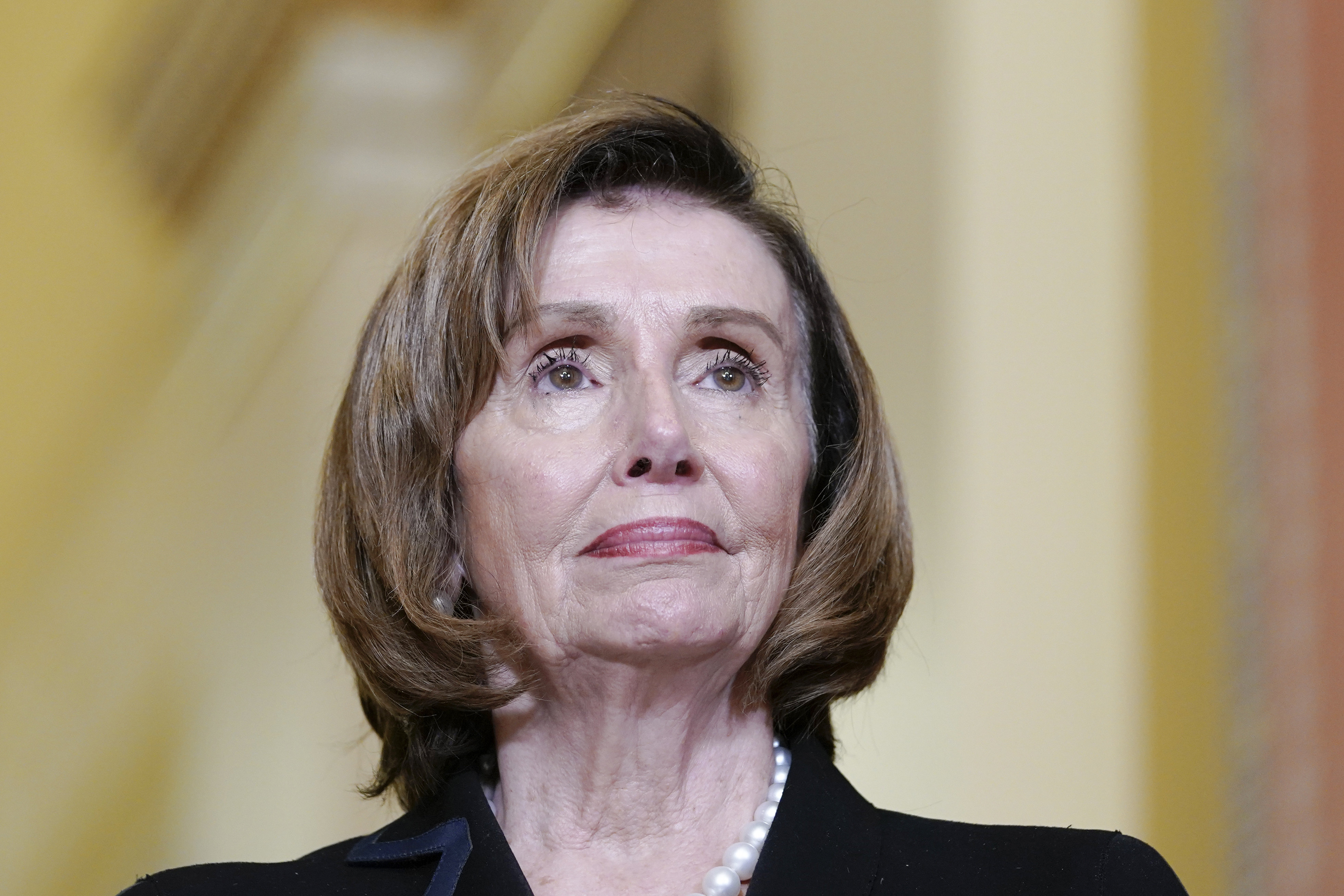 Pelosi’s lieutenants insist she’s not nudging her fellow Californian to take on Jeffries, but she has tried to find him a perch before. She lobbied California Gov. Gavin Newsom to appoint Schiff state attorney general last year — and when the governor passed him over, Pelosi left Newsom a message expressing her disappointment in no uncertain terms.

To MSNBC-attuned Democratic activists and donors, Schiff may be the second best-known House Democrat and, after helping to lead two impeachment trials against Donald Trump, Pelosi’s de facto deputy.

But a cable television profile does not a leader make, at least not in the relationship-driven politics of congressional elections.

Schiff has helped himself by donating to his colleagues, raising or giving a combined $14 million to House candidates this election. But he is now playing catch-up with Jeffries, who has been building support since he was elected to the leadership following the 2018 election.

Like Phillips, Representative Haley Stevens of Michigan was also first elected in the 2018 Democratic wave, and when she met with Jeffries over nachos in her suburban Detroit district last month, she told him up front that she was on board.

Another longer-serving lawmaker could not believe he had to inform Schiff of what should have been obvious. “The fact he didn’t know I was for Hakeem tells you how out of touch he is,” said this lawmaker. “I’m part of Hakeem’s whip operation.” 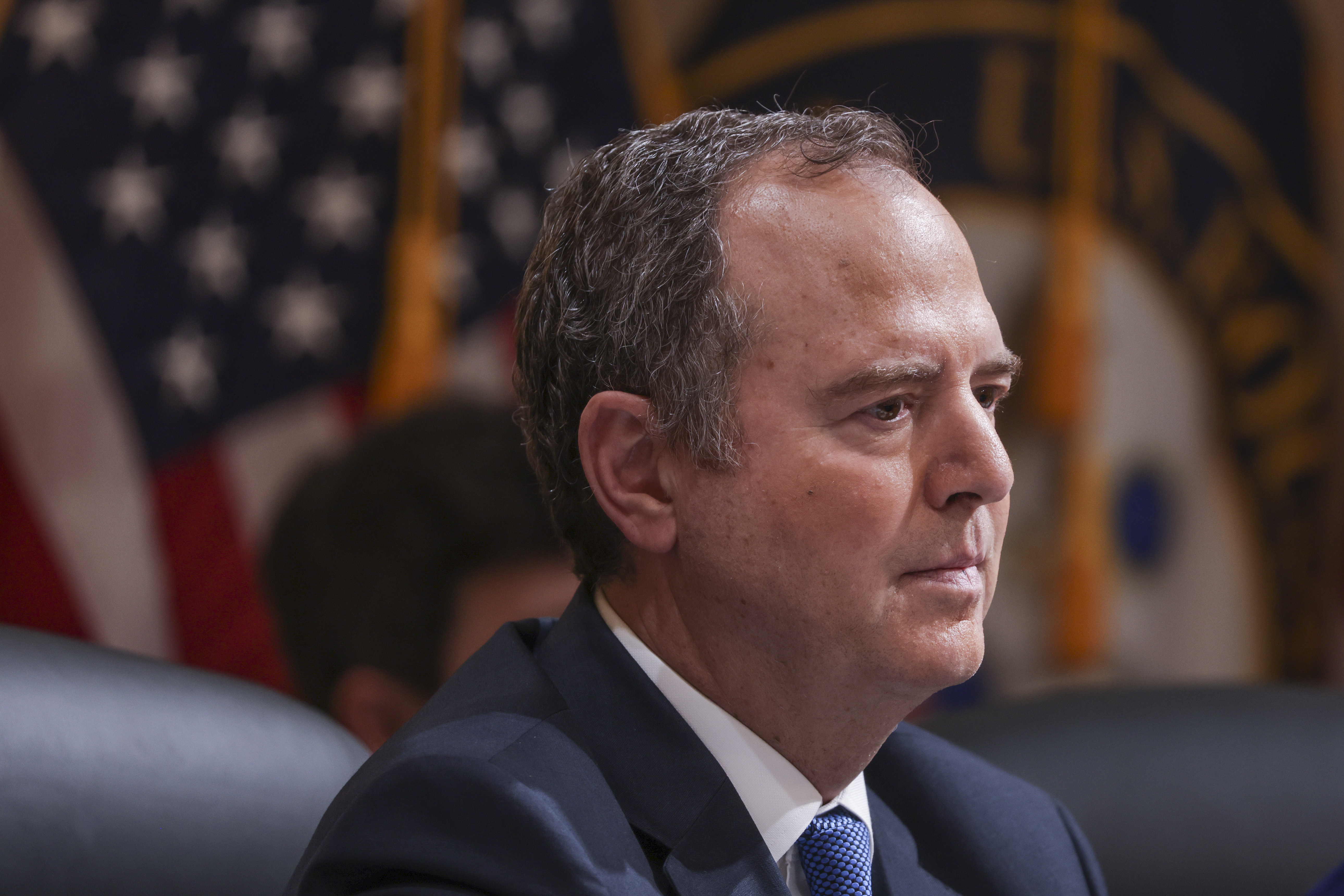 To Schiff’s detriment, it’s not only that he’s playing catch up, it’s that it’s obvious he’s playing catch up. More focused on raising his media profile than cultivating colleagues during the Trump years — and seen in the caucus as capable but aloof — his outreach has prompted some lawmakers to privately ridicule him for only texting them for the first time when he became interested in the leadership.

In private, Schiff has expressed confidence that the 42-member delegation of California Democrats could vault him into contention.

But that bloc is hardly unified around him. “Should there be a change in leadership I think Hakeem would be a strong, unifying leader,” said Representative Ami Bera of California, who’s eyeing the DCCC chairmanship.

Another one of Schiff’s California colleagues said Schiff should avoid the near certainty of losing a leadership race when lawmakers return to Washington after the midterms. “If he played his cards right, he’d say, ‘I’m not going to do this, I need your help for the Senate,’” said this lawmaker.

With over $21 million on hand in his House campaign account, money that could be rolled over to a Senate bid, he could be formidable in California’s TV-driven statewide politics.

That is, however, assuming there’s a race at all.

Should Democratic Senator Dianne Feinstein vacate the seat before her term expires in 2025, Newsom has said he’ll name a Black woman as senator.

This same attentiveness to the Democratic coalition is what ultimately may pose the biggest challenge to Schiff’s House ambitions.

It’s not just the symbolism of tapping a white man rather than elevating the first Black leader to succeed the first female speaker. It’s that Jeffries is poised to ascend with a pair of well-liked deputies, Reps. Katherine Clark of Massachusetts and Pete Aguilar of California, who together reflect the makeup of their party — a Black man, a white woman and a Latino.

Few Democrats more fully grasp the power of the party’s diversity than Clyburn, the man whose 11th hour endorsement helped revive President Biden’s campaign in the first primary state with a large share of Black voters.

The caucus’ commitment to diverse leaders is “what this country is all about,” he said.

And, he added, that “bodes well for Hakeem.”