While most of Washington focuses on the future of House Democrats’ upper leadership rungs, their most competitive race so far actually sits at No. 6.

As Speaker Nancy Pelosi and her top two lieutenants stay mum about their future plans, the battle to serve as vice chair of the House Democratic caucus next year is bursting into public view. Four contenders are actively jostling for what’s widely seen as a stepping stone to a more senior position in their party.

“It’s like becoming the third vice president of the rotary club,” Rep. Dan Kildee (D-Mich.) said of the interest in the lower-ranking position. “You know you’re going to be president one day.”

Most of the quartet have laid the groundwork for months, if not years, to snag a public-facing position that assists in messaging and managing the whims of a hugely diverse caucus. And all of them have stepped up their outreach to fellow Democrats in recent weeks, according to interviews with more than a dozen Democratic lawmakers and aides.

With months to go until a leadership election that likely won’t take place until after Thanksgiving, most of those Democrats said it’s nearly impossible to name a front-runner.

The focus on the No. 6 position isn’t entirely unexpected, as the vice chairmanship is one of the few positions with a known vacancy. The post’s current occupant, Rep. Pete Aguilar (D-Calif.), is planning to run for a higher position within leadership if and when there are vacancies next year. (Its previous occupant, Massachusetts Rep. Katherine Clark, is also expected to run for a higher perch.)

“The top three is very messy. It’s just that it’s not formalized because no one actually knows,” Lieu said, when asked about the state of leadership races, both higher-ranking and more under-the-radar.

Lieu’s pitch to colleagues has centered around his work on the caucus’ messaging arm, known as the Democratic Policy and Communications Committee, and his involvement with the Congressional Asian Pacific American Caucus, where he is the whip. A prolific fundraiser, he served in a high-profile role as a manager for Donald Trump’s second impeachment trial and is a vocal critic of the former president on social media.

“I’m getting very strong support from the ethnic caucuses, from California. That’s half the caucus already,” Lieu said in an interview.

The Air Force veteran is vying against Dingell, another co-chair of House Democrats’ messaging arm who also won that caucus-wide position after the 2018 midterms.

Dingell — first elected to fill the seat of her late husband, the late House Dean Rep. John Dingell — is a critical ally of the current leadership slate and is particularly active on trade, the auto industry and prescription drugs. She’s also used her position to try to steer her party, whether it was assessing Trump’s chances in 2016 or this year’s debacle over the president’s Covid funding request. 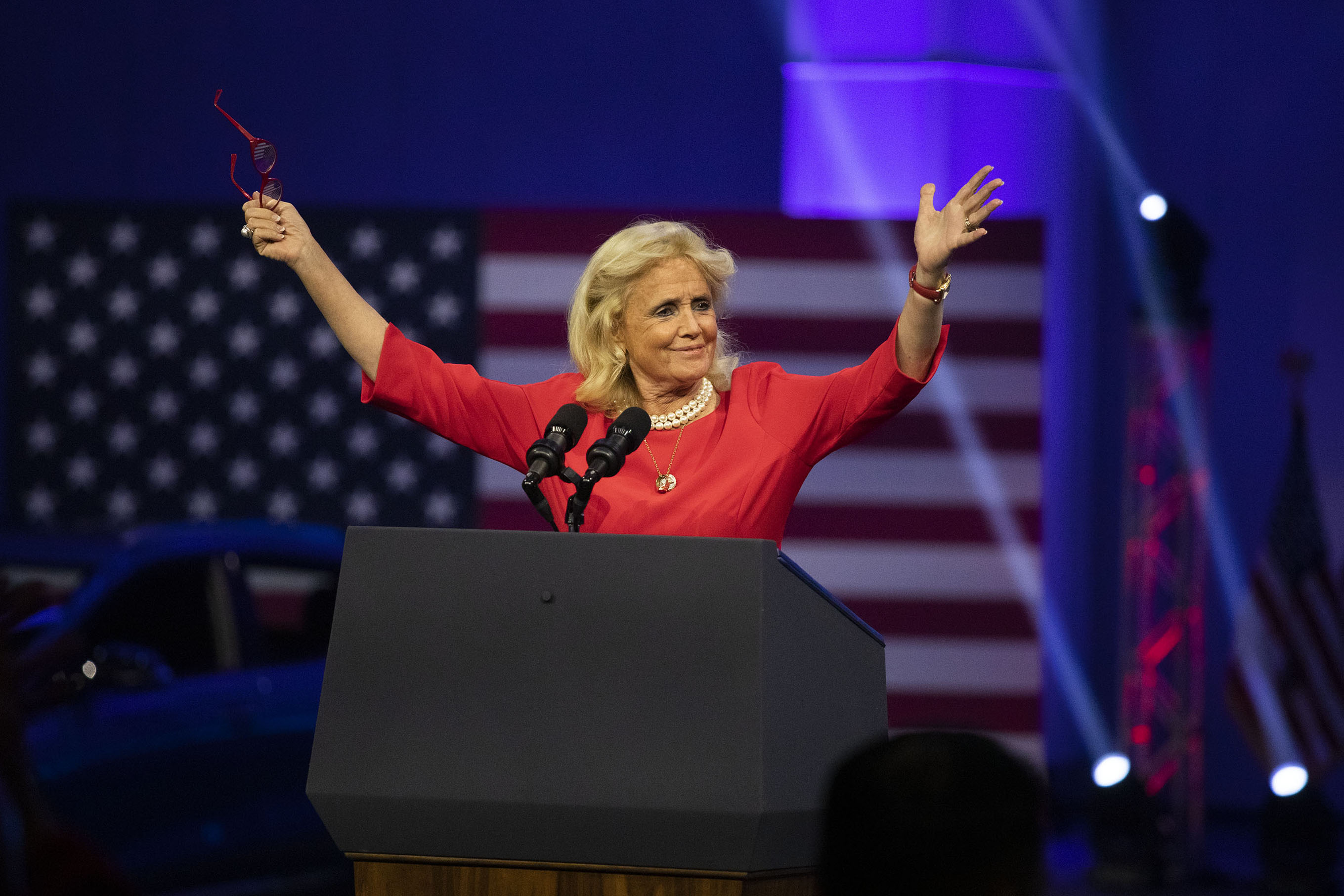 “I’m one of the few people who’s not afraid to speak up,” Dingell said, describing her pitch for the vice chairmanship. If elected, she said one of her priorities would be working to engage more members who now sit “in the middle of the caucus.”

“We need to find a way to get everybody in the caucus a feel for being relevant,” she said.

Dean, meanwhile, is the most junior member in the race. She too rose to prominence after Pelosi tapped her as an impeachment manager and helped argue the House’s second, post-Jan. 6 case against Trump — a role with emotional weight, since she was part of the so-called “gallery group” barricaded in the chamber when rioters breached the Capitol.

The former Pennsylvania state legislator argued that far more has happened in her four years in office than the typical second-term member: “These two Congresses have been so jam-packed, dynamic, incredibly important that I didn’t think there would be any reason why I would have to wait in some sort of line.”

Representing a suburban Philadelphia district, Dean stressed the importance of her swing state in a potential vice chairmanship. But what qualifies her the most, she said, is being the youngest of seven children: “I know how to navigate a complicated family, which is what the caucus is.”

The most recent entrant is Beatty, who’s led the Congressional Black Caucus for nearly two years. The Ohioan, who fended off a Justice Democrats-backed primary challenger in 2020, has pointedly sought to bridge ideological divides within the Black caucus, which includes some of the party’s most senior members and its most progressive.

That included high-stakes negotiations on legislation such as last week’s pro-policing bills, as well as Biden’s massive infrastructure law last summer — on both occasions, Beatty’s involvement helped end weeks of infighting within the caucus.

“I have a great track record of being supportive to those I work with, but also being representative of the greater population,” Beatty said, adding that she has not yet begun formally whipping votes for her leadership bid.

The field for vice chair isn’t necessarily set. Several Democrats predicted that other candidates could jump in after the Nov. 8 election — or that one or more of the candidates could decide to bow out and seek a different position after the dust settles from other higher-ranking races.

The current chair of the House Democratic Caucus, Rep. Hakeem Jeffries (D-N.Y.), is term-limited in his position, and is expected to join the leadership shuffle if there are vacancies above, creating another opening for his job. So far, only one Democrat has publicly indicated he’s eyeing that position: Rep. Joe Neguse (D-Colo.).

Besides Jeffries, Clark and Aguilar, two other Democrats have been making calls about potential openings in the top three leadership positions: Reps. Adam Schiff (D-Calif.) and Pramila Jayapal (D-Wash.). The continued uncertainty at the top of Democrats’ leadership chain, though, has kept most of that jockeying quiet.

While Pelosi had committed to departing her position after this term, she has said nothing lately on the subject, deflecting that she is focused on the midterms. And her top two deputies, Majority Leader Steny Hoyer (D-Md.) and Majority Whip Jim Clyburn (D-S.C.) have not ruled out another leadership run.

Several other Democrats are looking at lower-level caucus-wide races, but have not yet decided which ones. Those include Reps. David Cicilline (D-R.I.), Lauren Underwood (D-Ill.), Colin Allred (D-Texas), Dean Phillips (D-Minn.) and Debbie Wasserman Schultz (D-Fla.).

Even the four lawmakers currently seeking the vice chair position have been careful not to let their campaigns get in the way of what they call the more important one: Keeping the House GOP from seizing the majority.

“I think everyone should stay singularly focused on making sure we protect the majority,” said Cicilline, who formerly served in House leadership. “We’re going to have lots of time to jockey for positions.”

Go to Source
Author: By Sarah Ferris and Nicholas Wu