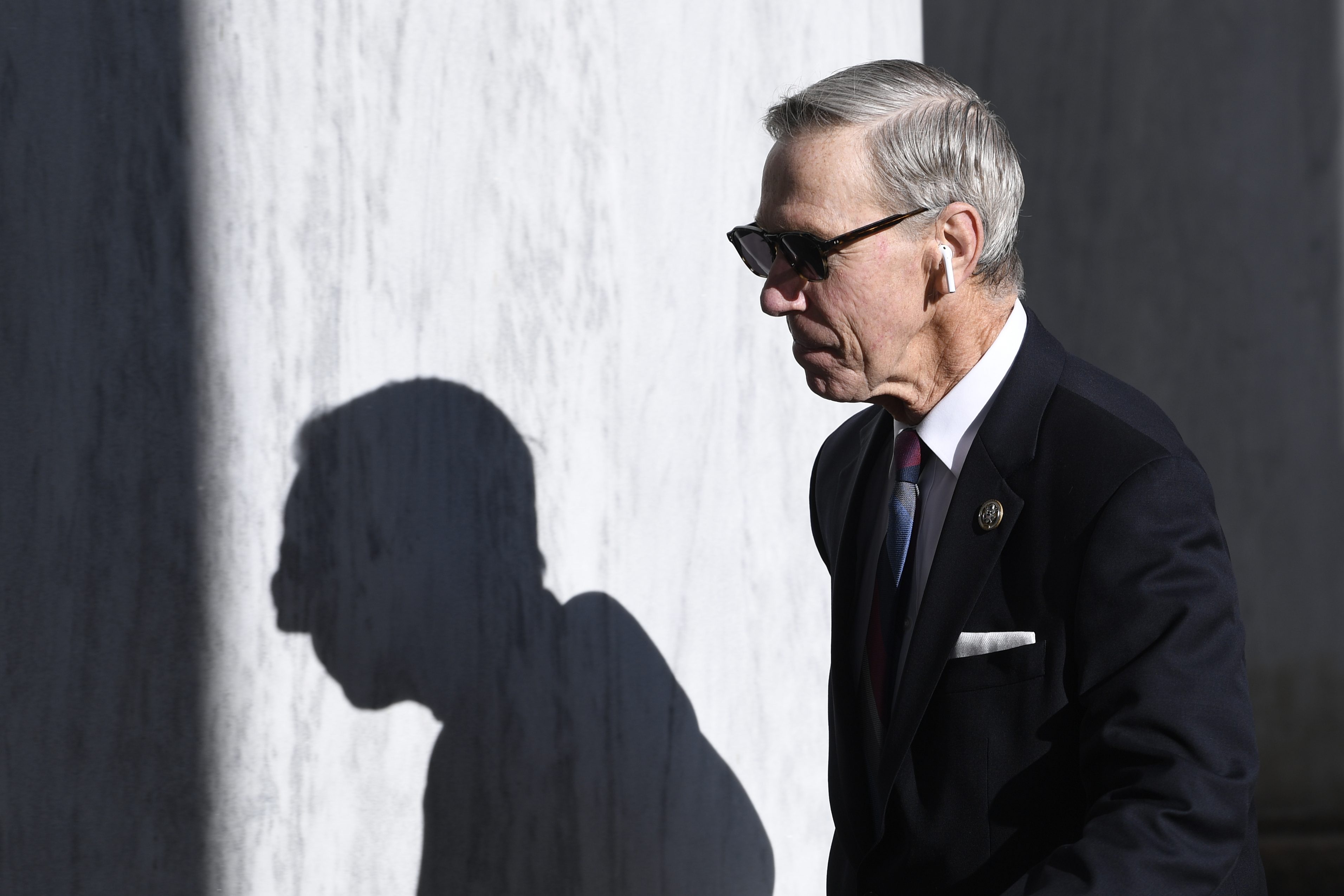 He’s a Dem investigative champ. That doesn’t guarantee a promotion.

Jamie Raskin’s got the investigative chops and national profile to get the job he wants next year. Except he’s facing a uniquely congressional challenge: At nearly 60 years old, he might be too junior.

The Maryland Democrat, a constitutional law expert who’s reached a national audience as a Donald Trump impeachment manager and a Jan. 6 select committee member, hopes to snag his party’s top spot on the influential House Oversight Committee next year. He’s running against 72-year-old Rep. Gerry Connolly (D-Va.) and 67-year-old Rep. Stephen Lynch (D-Mass.), both of whom outrank him on the panel.

Democrats privately warn that it’s too early to determine a frontrunner, with the race expected to extend until the end of the year. But there’s early jockeying behind the scenes; members got their preferences subtly vetted on the sidelines of House Democrats’ first closed-door caucus meeting since July, one attendee told POLITICO.

Running to lead his party on Oversight is a gamble for Raskin, cutting against the caucus’ penchant for doling out plum positions according to seniority. But amid the potential for a broader post-election shakeup in Democratic leadership — following years of lawmakers’ private kvetching about the inability to move up as octogenarians held onto the top positions — Raskin could find his bid boosted as an array of younger members vault up the ranks.

“We have a wonderful predicament of three great folks running for this, but Jamie’s special,” Rep. Jared Huffman (D-Calif.), who is whipping for Raskin, said in a brief interview. He called the Marylander “the entire package.”

Each of the three Democrats elbowing for the top spot on the committee — which came open after the current chair, 76-year-old Carolyn Maloney (D-N.Y.) lost her primary — have also begun putting together their own whip teams, looking to shore up early support among their colleagues. Rep. Jerrold Nadler (D-N.Y.), who beat Maloney in a hard-fought primary, is among those whipping for Raskin.

Each camp has their work cut out for them. Maloney isn’t planning to endorse, she told POLITICO, and several members of the Oversight Committee haven’t yet backed a contender. The November election could also shake up the core group of Democrats who will make recommendations on who gets the spot.

Raskin said in an interview that he respects the “principle of seniority” but that assuming the most senior member should automatically be chair is a “rebuttable presumption.” That should be true “unless there is a compelling reason to move in another direction,” he added.

“I think that this will be a judgment of the caucus about the character of the times that we’re in and whose particular experience and preparation is most indicated by the times,” Raskin added.

Connolly and Lynch both entered the race before Raskin. While they are more senior on the committee and highlighted it when they announced their bids, they’re not campaigning on that as their top asset.

Raskin, Lynch and Connolly are each subcommittee chairs — overseeing Civil Rights and Civil Liberties; National Security; and Government Operations, respectively — and their current posts highlight some of the different focuses they would bring to the full committee.

Lynch, for example, said he wants to prioritize voting reforms next year and stressed his experience with hands-on investigations. He’s led congressional trips to eastern Europe and the Ukrainian border to reinforce congressional support for Kyiv, pairing those visits with hearings and information requests on Russia.

“I think getting on the ground and helping members understand … that function of the committee, which is the heart and soul of its operation, is something I probably have an advantage in,” Lynch said, who described the race as a “jump ball.”

Asked about being the most senior Democrat on the panel who’s running for the top spot, Lynch said he thought seniority was “a factor” but “I don’t think it’s the single most important factor. It has been in the past, but I don’t know that it is now.”

Connolly said he thought Raskin had done a “terrific job” with his work on the Jan. 6 select committee, but contended that Oversight had a “slightly different mission.”

“We deal with the nuts and bolts of government. And it’s very granular oversight that may seem obscure, but often those issues are hinges to much bigger things,” Connolly, whose state has a substantial number of government workers, said in a brief interview.

Connolly previously lost to Maloney in 2019’s race for the top spot on the Oversight Committee. Lynch also ran that year but dropped out before the caucus voted. Among those backing Connolly include Foreign Affairs Chair Gregory Meeks (D-N.Y.) and Reps. Susan Wild (D-Pa.) and Don Beyer (D-Va.), while Lynch pointed to Financial Services Chair Maxine Waters (D-Calif.) and Reps. Danny Davis (D-Ill.) and Lori Trahan (D-Mass.) as some of those supporting him. 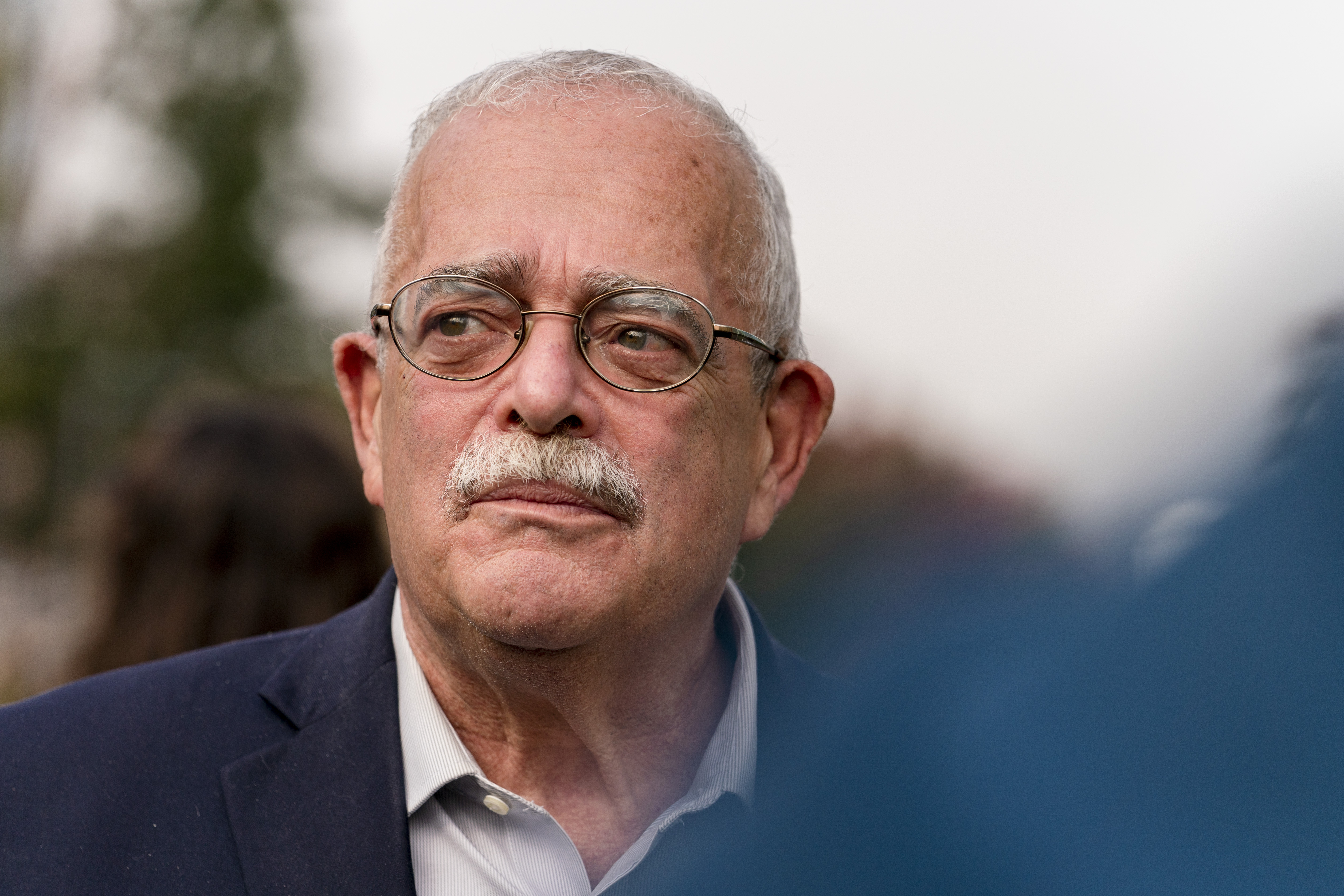 Raskin joined the House in 2017, Connolly in 2009 and Lynch in 2001. But Raskin has had more time in the national spotlight more than his opponents, as Speaker Nancy Pelosi has handed him some of the most politically sensitive assignments in recent years.

Pelosi named Raskin the lead impeachment manager for Trump’s second trial, which came just weeks after a mob of the former president’s supporters stormed the Capitol and disrupted the formal counting of President Joe Biden’s Electoral College win. Rep. Mikie Sherrill (D-N.J.), another Raskin whip, said his effectiveness in that position “impressed” her.

Months later, Pelosi tapped Raskin for the select committee investigating the Jan. 6 attack, a high-profile perch that’s found him and eight other panel member unleashing a steady stream of bombshells stemming from Trump-backed attempts to overturn the 2020 election.

“Becoming Oversight and Government Reform chair embodies the breadth of his work. He’s not just an impeachment manager. He’s not just a member of the 1/6 committee. He is somebody who has educated all of us in this country about our democracy, our Constitution,” said Rep. Madeleine Dean (D-Pa.), who has been talking to members on Raskin’s behalf.

If Democrats lose the House, as expected, whoever succeeds Maloney would be the ranking member — and be on the vanguard of countering GOP probes on everything ranging from Hunter Biden’s business dealings to the White House’s handling of the pandemic. Raskin, in his own letter to his colleagues last month, noted that the party was “still in the fight of our lives to defend American constitutional democracy.” 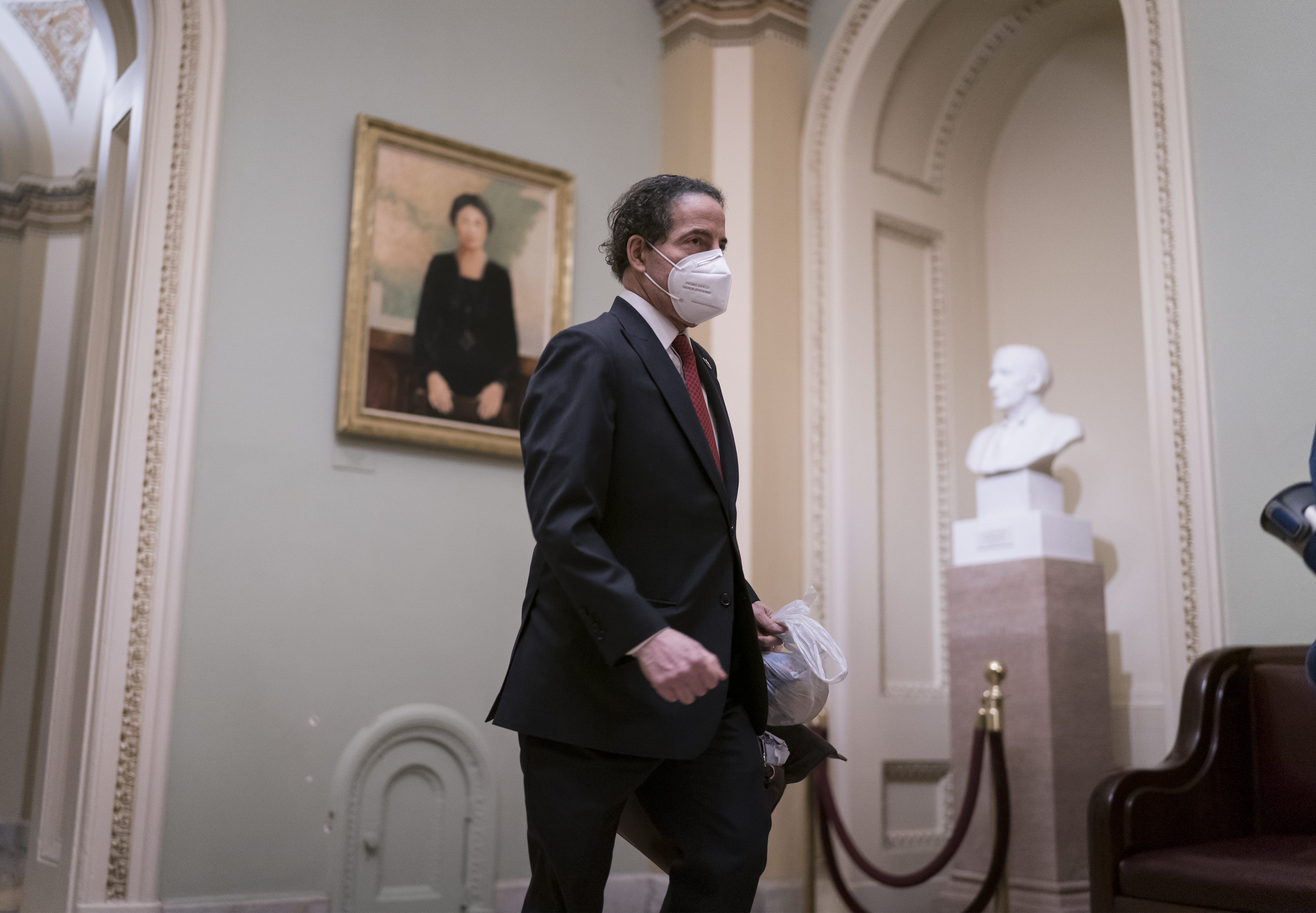 Rep. Pramila Jayapal (D-Wash.) — while stressing she spoke for herself and not the Congressional Progressive Caucus, which she chairs — said she was “very supportive” of Raskin.

“I think he would be an incredible chair either in the majority, where we have a lot of oversight to do, or … if we were in the minority he would be a fantastic defender of democracy,” Jayapal said, adding that Raskin has “so much respect across the caucus.”

Rep. Ro Khanna (D-Calif.), who is also backing Raskin, said his work on impeachment and the Jan. 6 panel give him a “moral authority” that he could bring to the caucus’ top spot on Oversight.

“I think people see, in Jamie’s case, that he would be so perfect for the role that he has a chance to overcome the institutional preference for seniority,” Khanna said.

Sarah Ferris contributed to this report.