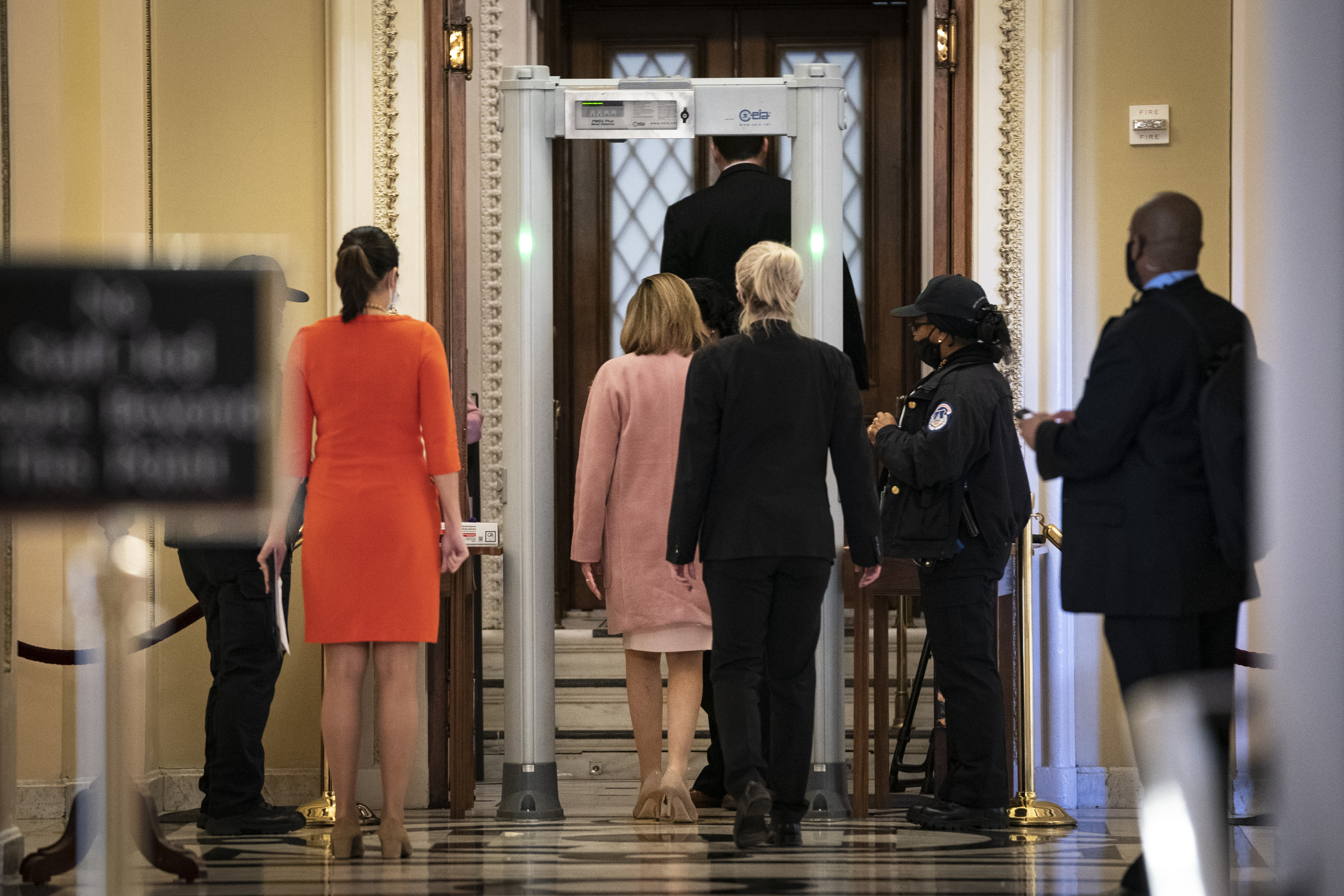 The House Republican who led a tour of the Capitol complex on Jan. 5, 2021, that further fueled Democratic worries of pre-riot “reconnaissance” could end up leading the GOP’s investigation of the Jan. 6 select committee.

Rep. Barry Loudermilk found himself in the select panel’s crosshairs over his Jan. 5 tour, where participants took photos of stairwells and other elements of the Capitol complex not typically of interest to visitors. The Georgia Republican denied any connection between the tour and the following day’s riot — and he may get a chance to offer his side of the story with a gavel in hand if Republicans take back the House next year, as expected.

Loudermilk told POLITICO that he is interested in chairing the House Administration Committee in a future GOP majority, using it to dig into the Jan. 6 panel and Capitol security. That chairmanship is wide open and Loudermilk is the most senior Republican on the committee after Illinois Rep. Rodney Davis, who lost his primary last month.

In a brief interview, Loudermilk dinged the select committee as giving Capitol security a short shrift in service of “some narrative of pushing blame somewhere.” He added that members of the administration committee, which has jurisdiction over the Capitol complex, “also need to look at things like the false allegations they’ve made against people … because when you make false allegations, that’s in violation of the House rules.”

Many Republicans are eager to use a potential 2023 majority to turn the tables on the Jan. 6 panel, which has lacked Donald Trump-approved voices on the dais during its high-profile probe since GOP leadership boycotted it last year after Speaker Nancy Pelosi rejected some of their picks. Loudermilk is hoping to take up the mantle now that Davis’ ambitions were cut short — and the personal animus he may bring to investigating the select committee promises to create new political challenges for its members.

“We need to make sure that we hold ourselves accountable to the rules that we have in this institution,” Loudermilk said.

The committee has showed evidence that one of the participants in Loudermilk’s tour later marched to the Capitol on Jan. 6 and recorded an ominous video message directed at Democratic members of Congress. But Loudermilk has denied any knowledge of that activity, even filing an ethics complaint against a group of Democratic colleagues who suggested possible “reconnaissance tours” may have taken place before the riot, and the panel has not accused him of wrongdoing.

He’s also hardly the only GOP lawmaker the Jan. 6 committee has name-checked. Investigators have heard testimony, which they recounted at one of their public hearings, that several House Republicans sought pardons from the Trump administration.

But those Republicans aren’t stepping forward to lead investigations into the panel next year.

Loudermilk said he has already flagged his interest in the Administration Committee gavel to Minority Leader Kevin McCarthy, the uncontested favorite to become speaker if Republicans flip the chamber. McCarthy, asked if he would support Loudermilk’s bid to lead the panel next year, said that they are “looking at everything.”

“Mr. Loudermilk has worked hard on that,” McCarthy said in a brief interview, though he noted others are interested in the position.

Taking on a politically charged investigation into the Pelosi-created Jan. 6 committee would be a significant shift for the under-the-radar panel. Even in the raucous House, the committee isn’t known as a bomb-thrower. But its broad jurisdiction overlaps with policy areas that Republicans want to investigate and potentially overhaul next year.

The committee has sway over the Capitol’s reopening following its closure to the public as coronavirus cases climbed around the country in 2020. Republicans have vowed to fully reopen the complex and nix some security measures put into place over the past two years, such as requiring lawmakers to go through metal detectors in order to get on the House floor.

The administration panel also has broad oversight powers over the House side of the Capitol, including day-to-day operations and House offices like the sergeant at arms, as well as Hill security and the Capitol Police.

Members of that group have already fired off letters to the select panel, telling members to preserve certain documents that Republicans believe could fuel an investigation if they take the majority as expected.

But even as Davis and now Loudermilk envision using the Administration Committee to tackle Jan. 6 questions, Republicans need to sort out the specifics on how to respond. Some want to form their own select committee to run a counter-probe next year, though no final decisions have been made.

Jordan and Banks both deferred to McCarthy to make the decision on who, and which committee, would take the lead on a Jan. 6 probe next year. McCarthy, asked Wednesday about using the House Administration Committee, said only that Republicans are evaluating their options.

Either way, the House GOP group currently probing Capitol security is expected to release a report later this year unveiling its findings and making legislative recommendations to improve safety in the complex.

The Administration Committee under Loudermilk, or any other aspiring chair, could also be the avenue for longer-term proposals on Capitol operations that Armstrong said he is currently working on with Davis.

“It used to be a sleepy little committee that talked about the House gym. Well, it’s got Capitol security and elections. I think the nature of that committee is going to change,” Armstrong said.