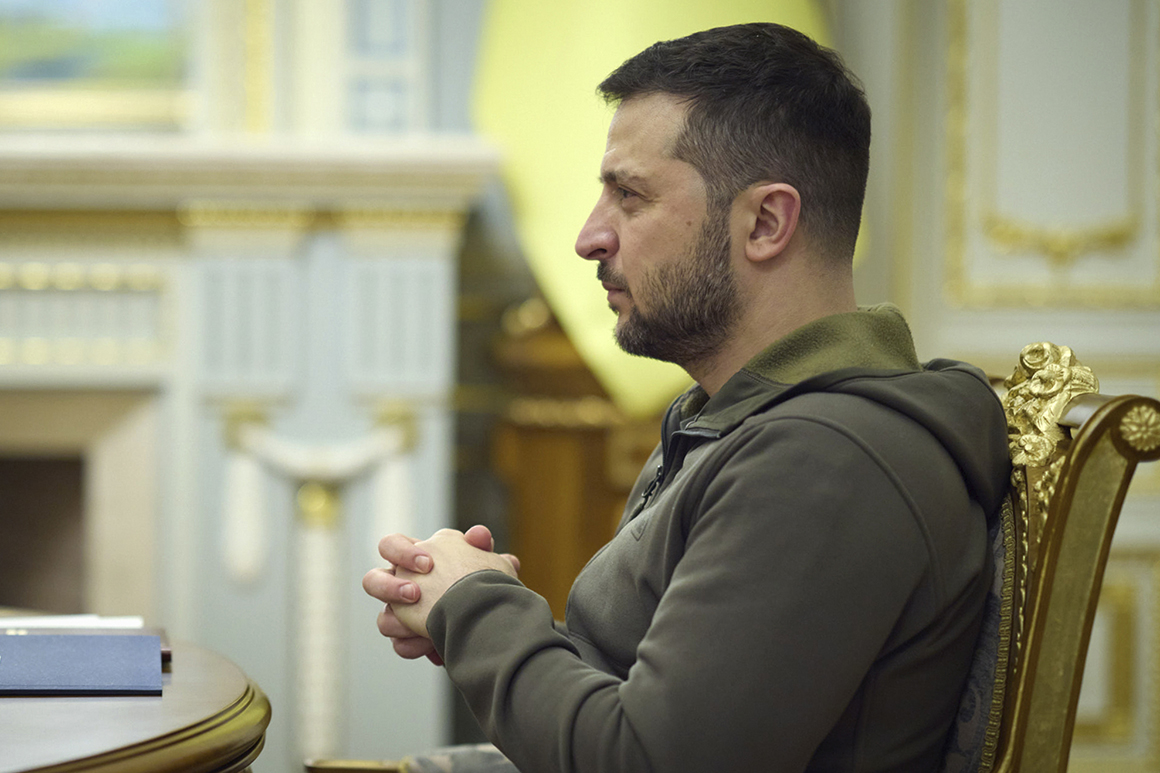 GOP downplays its Trump wing on the world stage

HALIFAX, Nova Scotia — Congressional Republican leaders are on track to steamroll the growing number of conservative lawmakers who want to stop funding Ukraine’s war effort, a move that’s sure to intensify the GOP divide over U.S. support for Kyiv.

Interviews with lawmakers who traveled here for the Halifax International Security Forum, an annual pro-democracy conference, revealed that Congress is likely to allocate well more than the $38 billion the Biden administration requested for Ukraine’s military and economic needs as part of a year-end governing funding bill. And that extra infusion is set to advance with the help of senior Republicans, even as influential conservative groups urge a pause.

If Congress approves the White House’s request or super-sizes it, the U.S. commitment to Kyiv since Russia’s invasion began in February could top $100 billion by the end of the year — a massive sum that would throw a sharp elbow at Donald Trump-aligned Republicans who want to reevaluate U.S. policy toward Ukraine. But as questions swirl over the staying power of the Western coalition, lawmakers’ message here in Halifax was clear: Now is not the time to scale back the flow of weapons, equipment and humanitarian assistance to Ukraine.

The top Republican on the Senate Foreign Relations Committee, who co-led the congressional delegation to the conference, downplayed the impact of neo-isolationists within his party and noted that the Hill’s most powerful GOP lawmakers firmly support additional aid.

“There are some very loud voices over there,” Idaho Sen. Jim Risch said in an interview, referring to conservatives who oppose more assistance for Kyiv. “It doesn’t worry me as much as you wish it wasn’t there … If we were on the other side of this, they’d be pounding the table saying, ‘Send more money to Ukraine.’”

The unified display of support for Ukrainian President Volodymyr Zelenskyy in Halifax came as GOP leaders — especially in the House, where the party is about to take the majority — feel heightened pressure from their right flank to cut off additional funding for Ukraine. While support for the allied country’s defense against Moscow remains overwhelmingly bipartisan on Capitol Hill, recent polling data has highlighted some GOP voters shifting toward a more Trump-centric direction, voicing resistance to further aid.

Many of Trump’s biggest congressional allies are echoing that shift while keeping a close eye on how the former president views the latest Biden White House’s request, given his previous opposition to Ukraine aid packages.

“Is Ukraine now the 51st state of the United States of America? And what position does Zelenskyy have in our government?” Rep. Marjorie Taylor Greene (R-Ga.) asked sarcastically at a news conference the day before the Halifax conference began.

Far-right Republicans like Greene aren’t the only rank-and-file members causing headaches for GOP leaders. Others are pushing for expanded oversight of the U.S. funding as a way to straddle both sides of the Ukraine-aid debate, while some want to cut the non-military portions of U.S. aid for Ukraine. And with Republicans expected to hold only a single-digit majority in the lower chamber come January, those voices within the party could soon have real leverage despite the supermajorities in both chambers that remain supportive of military and economic aid.

Given the uncertainty over how a House GOP majority would handle future funding, many Democrats and Republicans want to significantly boost the Biden administration’s $38 billion request, hoping to approve it before the new Congress is sworn in.

“[Ukraine has] the opportunity during the winter to continue to make progress, to not let Russia re-supply, re-equip and re-arm and prepare for a spring offensive. They can only do that with military support from the West,” Sen. Chris Coons (D-Del.) said in an interview here. “I think we should provide as robust a supplemental package as we possibly can, to remove doubt about whether that will happen in the next Congress.”

The Ukrainian government was already expecting a larger sum — as much as $60 billion, according to two people familiar with the matter. Democrats, who control both chambers of Congress until Jan. 3, will specifically look to hike the White House’s request for $500 million in humanitarian assistance, which Coons described as “gravely insufficient.”

In the meantime, retiring Senate Appropriations Chair Richard Shelby (R-Ala.) has committed to including a large Ukraine aid package in a year-end spending bill. Republican leaders have pointed to Ukraine’s recent victories on the battlefield as a reason to double down on assistance packages, not pull back.

“I know a lot of people say, ‘Well, we’re getting tired of helping the Ukrainians.’ They’re fighting for freedom. I want to help them,” Shelby said in an interview before the Senate’s Thanksgiving recess, emphasizing that appropriators had yet to clinch an agreement on exact spending figures.

Sen. Ben Cardin (D-Md.), a senior Foreign Relations Committee member, said he was concerned that Republicans might not back an increase to the package’s economic and humanitarian aid.

For now, Republican leaders in both chambers are trying to keep the Trump-aligned bloc at bay by promising extra scrutiny of U.S. taxpayer dollars heading overseas, as well as looking to convince other NATO members to step up with additional support for Ukraine. 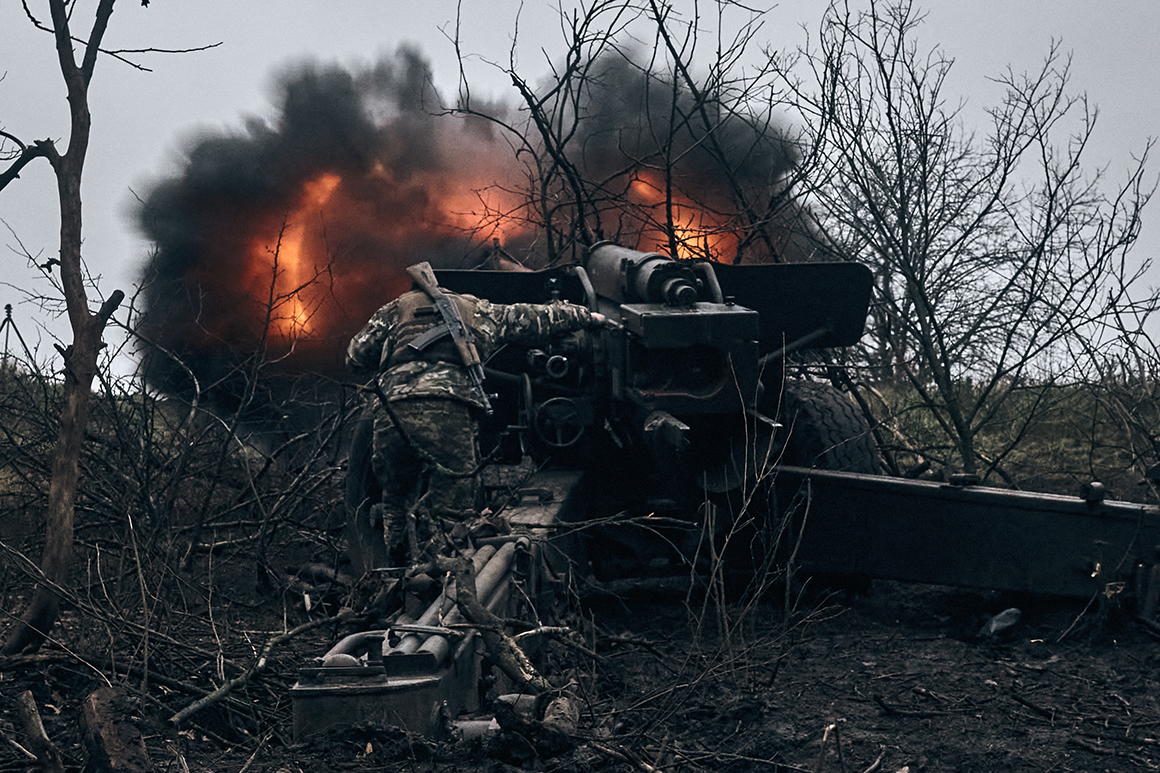 Many of those oversight and accountability mechanisms already exist within congressional committees, though, and GOP leaders have yet to lay out a specific plan. Sen. Mike Rounds (R-S.D.), who attended the conference, said he has seen the Biden administration’s delivery of weapons to Ukraine become “more timely,” though extra “due diligence” is necessary.

The Halifax forum featured an array of legislative and military leaders who sought to leave those domestic political challenges at the water’s edge. In a well-received address, Defense Secretary Lloyd Austin made the case that pushing back against Russia’s expansionism is about much more than just defending Ukraine’s territory, as other adversaries like China contemplate similar moves to upend the international order. After meeting with Austin, the nine-member congressional delegation here had the same message.

“Make no mistake,” added Sen. Jeanne Shaheen (D-N.H.), who co-led the delegation. “Everyone is watching the outcome.”

Paul McLeary contributed to this report.