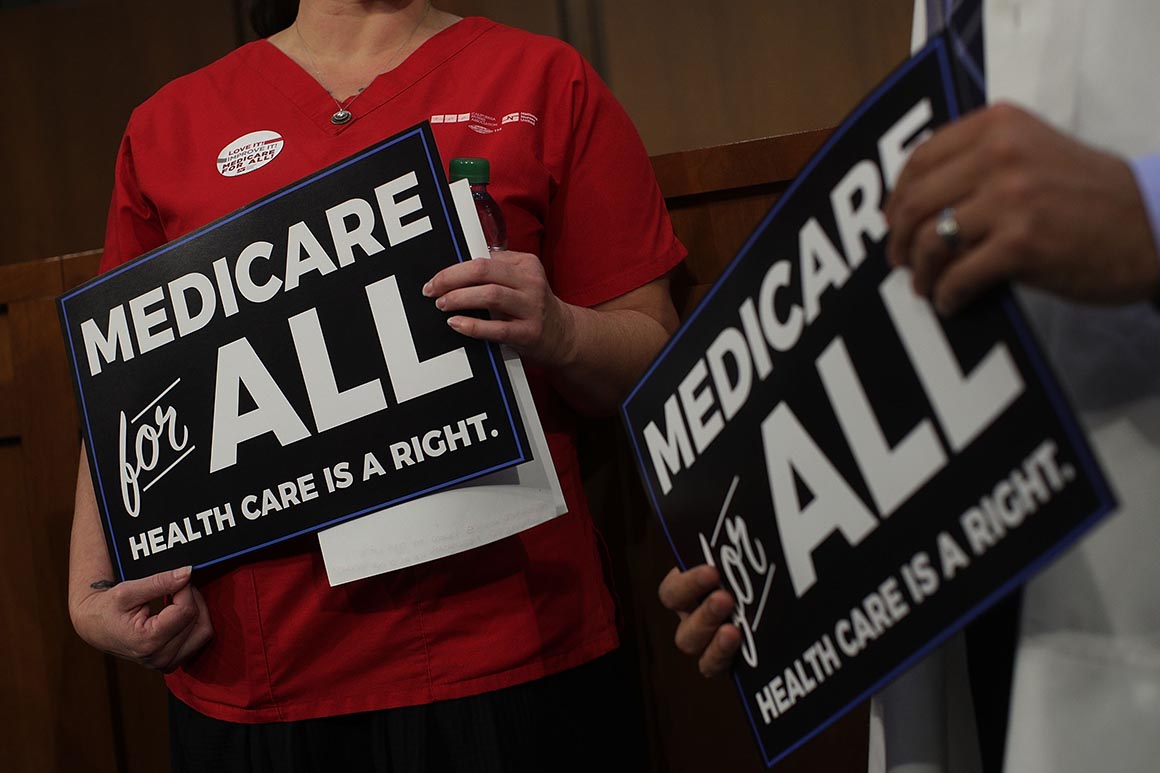 Remember the fiscal cliff? This holiday season, Congress’ to-do list will make that look like a jump off a diving board.

Lawmakers will return to session on Monday barreling at full speed toward a series of high-stakes fiscal hurdles while control of the House remains unsettled. Before year’s end, they’ll have to keep the government open after current funding expires Dec. 16, and tackle Medicare cuts on the horizon — making for a hectic post-election session, given the other fights looming as soon as 2023 begins.

And the dynamics of a new Congress are already making legislating even harder. House Republicans could clinch a majority that’s much narrower than expected, although Democrats still have a shot at keeping the lower chamber. Senate control is now firmly in Democrats’ hands.

House Minority Leader Kevin McCarthy, who could face a tricky path to the speakership next year if Republicans eke out a majority, will be working with slim margins and a group of conservative bomb-throwers who could wield a tremendous amount of leverage. Meanwhile, in the Senate, both parties will be forced to tackle those huge fiscal problems together, since Democrats are far from a filibuster-proof majority.

“Having had to shepherd the American Rescue Plan through the House with a four-vote margin, I’d say they have their work cut out for them if they’re going to accomplish anything,” retiring House Budget Chair John Yarmuth (D-Ky.) said of his Republican colleagues. “If they’re going to get anything done, they’re going to have to work with Democrats.”

Here are the five fiscal barriers Congress has to leap over in the lame duck and beyond:

Congressional leaders seem amenable to striking a bipartisan year-end spending deal that averts a shutdown on Dec. 16 and boosts federal agency budgets, wiping the slate clean before the new Congress in January.

But lagging election results could mean delayed work on the massive $1.5 trillion-plus package, since lawmakers punted negotiations until after the midterms. Aides for appropriators on both sides of the aisle contend that they’re on track to meet their mid-December funding deadline, despite a dearth of talks.

The next government funding deadline Congress will have to grapple with is likely Oct. 1 of next year, when fiscal year 2024 begins. Some House Republicans are hellbent on slashing federal spending, but any appropriations package will require bipartisan support to get through the Senate.

The U.S. will hit its borrowing limit sometime next year if Congress doesn’t act. The midterms could ramp up the pressure on congressional leaders to lift the debt limit during the lame duck, in order to avoid an intense partisan standoff in 2023.

Republicans have threatened to use the debt ceiling as leverage for cuts to social spending programs, such as Social Security and Medicare, an idea loathed by the other party.

Democrats could unilaterally raise the debt ceiling over the next two months using the filibuster-proof process known as budget reconciliation. But such a tactic would eat up precious floor time, so Democrats might find it necessary to pursue a painstaking deal with Republicans instead.

“Everybody might have an interest in getting the debt ceiling taken care of so that Republicans don’t have to do it in the next Congress and Democrats don’t have to worry about the leverage that Republicans have,” said David Wessel, a director of fiscal and monetary policy at the Brookings Institution. “This could be one of those lame ducks where a lot of things happen.”

Yarmuth said he’s ready to deal with the debt ceiling in the lame duck, although he’d rather get rid of it altogether — a notion that President Joe Biden opposes.

Current Speaker Nancy Pelosi has already promised to include additional aid for Ukraine in the year-end government funding deal, while more Republicans have cooled off when it comes to doling out further military assistance.

Ukraine’s war against Russia could drag on for the foreseeable future, however. Both parties may be forced to consider more funding for the country in what would amount to an arduous bipartisan push next year. Even if the war results in a cease-fire or comes to an end, Ukraine may need ongoing economic assistance from Congress to stay afloat.

The U.S. is likely hurtling toward a recession that would hit next year and, unlike past economic slumps, it may not be feasible for the next Congress to pass legislation that funnels hundreds of billions of dollars toward struggling households.

Messy politics aside, the fiscal conservatism of the likely House GOP majority would rule out an expensive intervention from Congress that would itself run counter to the Federal Reserve’s actions to quell inflation — spelling further disaster for the economy. Lawmakers could potentially focus on areas of relief that target the neediest families, like food assistance.

“Republicans and Democrats may feel like there’s an imperative to do something to help people in a recession, but it will be one of those hard-fought negotiations,” Wessel said.

Congress must act in the next two months to waive billions of dollars in Medicare cuts that would take affect next year — a side effect of Biden’s $1.9 trillion American Rescue Plan. The cuts are required by 2010 pay-as-you-go budget rules, which require lawmakers to offset the cost of legislation.

Congress routinely waives such cuts, but the issue became a political hot potato last year. Lawmakers instead punted the problem into 2022, with Republicans unwilling to help Democrats stave off the slices caused by passage of their massive party-line bill.

Now, it seems lawmakers will quietly handle the issue before the end of the year. A recent bipartisan letter from 46 senators, ranging from Sens. Rand Paul (R-Ky.) to Elizabeth Warren (D-Mass.), urged congressional leaders to prevent the cuts.

“I think people think it’s almost a fait accompli that we’ll figure it out,” Yarmuth said. “No one is really panicked over it.”