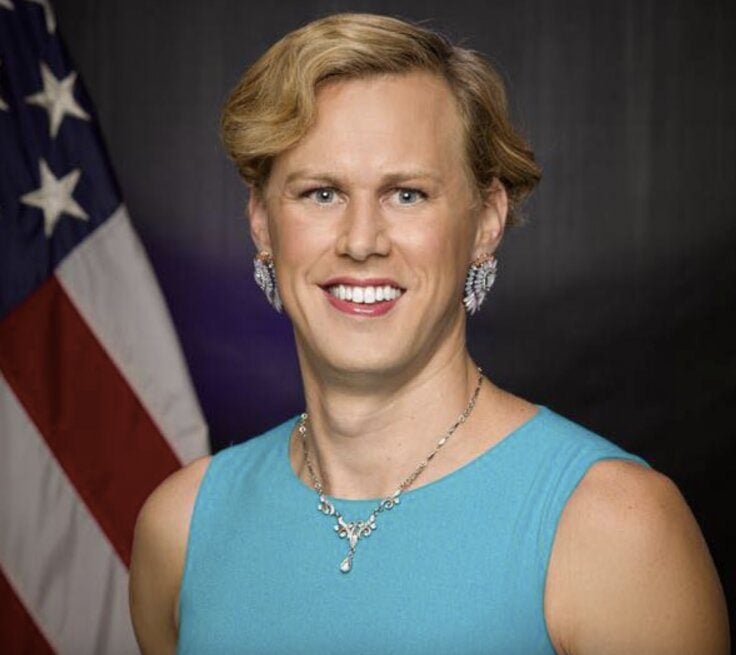 U.S. Army Major Dr. Jamie Lee Henry, who came out as the first openly trans officer on 2015, is accused of betraying the military and country he serves by working with his wife Dr. Anna Gabrielian, an anesthesiologist at Johns Hopkins, to give medical records to Russia on patients at Fort Bragg and Hopkins, according to an indictment unsealed Thursday by the Department of Justice. The couple was dealing with an undercover FBI agent posing as a Russian embassy staffer after Gabrielien had allegedly reached out to the Russian embassy. Gabrielian reportedly calimed she was motivated by patriotism for Russia. Gabrielian’s profile at Hopkins says she speaks Russian and English. Harris came out as trans in 2015 in an article published by Buzzfeed.

The First Out Transgender Active Duty U.S. Army Officer: “My Story Is Not Unique” http://t.co/kRMaHEFVlQ via @chrisgeidner @buzzfeednews

Press release by the DOJ details a stunning story:

Baltimore, Maryland – A federal grand jury has returned an indictment charging Anna Gabrielian, age 36, and her husband, Jamie Lee Henry, age 39, both of Rockville, Maryland, with conspiracy and for the disclosure of individually identifiable health information (“IIHI”), related to their efforts to assist Russia in connection with the conflict in Ukraine. The indictment was returned on September 28, 2022 and unsealed today upon the arrest of the defendants.

The indictment was announced by United States Attorney for the District of Maryland Erek L. Barron and Special Agent in Charge Thomas J. Sobocinski of the Federal Bureau of Investigation, Baltimore Field Office.

As stated in the indictment, Gabrielian is an anesthesiologist and worked at Medical Institution 1, located in Baltimore, Maryland. Henry, a Major in the United States Army, who held a Secret-level security clearance, is Gabrielian’s husband and a doctor. During the time of the alleged conspiracy, Henry worked as a staff internist stationed at Fort Bragg, the home of the Army’s XVIII Airborne Corps, headquarters of the United States Army Special Operations Command, and the Womack Army Medical Center.

According to the eight-count indictment, Gabrielian and Henry conspired to cause harm to the United States by providing confidential health information of Americans associated with the United States government and military to Russia. Specifically, the indictment alleges that beginning on August 17, 2022, Gabrielian and Henry conspired to provide IIHI related to patients at Medical Institution 1 and at Fort Bragg to an individual they believed to be working for the Russian government in order to demonstrate the level of Gabrielian’s and Henry’s access to IIHI of Americans; their willingness to provide IIHI to the Russian government; and the potential for the Russian government to gain insights into the medical conditions of individuals associated with the United States government and military in order to exploit this information.

Gabrielian and Henry met with an individual they believed to be associated with the Russian government, but who was, in fact, a Federal Bureau of Investigation Undercover Agent (“UC”), in order to convey to the UC their commitment to aid Russia, and to discuss ways in which they could help the Russian government. Gabrielian told the UC that she had previously reached out to the Russian embassy by email and phone, offering Russia her and her husband’s assistance. Gabrielian told the UC that, although Henry knew of Gabrielian’s interaction with the Russian Embassy, she never mentioned Henry’s name to the Russian Embassy. Gabrielian wanted to make sure Henry could deny any knowledge of her actions. On August 17, 2022, Gabrielian met with the UC at a hotel in Baltimore. During that meeting, Gabrielian told the UC she was motivated by patriotism toward Russia to provide any assistance she could to Russia, even if it meant being fired or going to jail. Gabrielian proposed potential cover stories for meeting the UC and stressed the need for “plausible deniability” in the event she was confronted by American authorities about meeting with the UC. Gabrielian also told the UC that, as a military officer, Henry was currently a more important source for Russia than she was, because he had more helpful information, including how the United States military establishes an army hospital in war conditions and information about previous training provided by the United States military to Ukrainian military personnel. Gabrielian arranged to meet with the UC and Henry later that evening.

At about 8:10 p.m. that evening, the indictment alleges that Gabrielian and Henry met with the UC in the UC’s hotel room. During the meeting, Henry explained to the UC he was committed to assisting Russia and had looked into volunteering to join the Russian Army after the conflict in Ukraine began, but Russia wanted people with “combat experience” and he did not have any. Henry further stated, “the way I am viewing what is going on in Ukraine now, is that the United States is using Ukrainians as a proxy for their own hatred toward Russia.” Henry and Gabrielian allegedly offered to provide the UC with private medical records from the United States Army and Medical Institution 1 in order to help the Russian government. During the same meeting, Gabrielian demanded that if she were put at significant risk of arrest, she wanted her and Henry’s children to, “have a nice flight to Turkey to go on vacation because I don’t want to end in jail here with my kids being hostages over my head.” Henry also indicated that he was concerned about passing a background check for his security clearance, telling the UC, “I don’t want to know your name . . . because I want plausible deniability too. In a security clearance situation they want to know names and people and all this stuff.”

As detailed in the indictment, a few days later Gabrielian and the UC again met at the hotel in Baltimore to discuss providing Army medical records to the UC. Gabrielian told the UC that Henry was concerned about violating HIPAA, but Gabrielian had no such concerns. Gabrielian stated that she would check with Henry about providing medical records from Fort Bragg patients and get back in touch. The next day, Gabrielian sent a text to the UC, using coded language, to advise that Henry would provide Army medical records to the UC. On August 31, 2022, Gabrielian and Henry allegedly met the UC at a hotel room in Gaithersburg, Maryland. According to the indictment, Gabrielian provided the UC with IIHI related to two individuals, including the spouse of an employee of the Office of Naval Intelligence, whom Gabrielian pointed out had a medical condition Russia could “exploit.” Henry also allegedly provided IIHI related to five individuals who were military veterans or related to military veterans.

If convicted, the defendants face a maximum sentence of five years in federal prison for the conspiracy, and a maximum of 10 years in federal prison for each count of disclosing IIHI. Actual sentences for federal crimes are typically less than the maximum penalties. A federal district court judge will determine any sentence after taking into account the U.S. Sentencing Guidelines and other statutory factors.

An indictment is not a finding of guilt. An individual charged by indictment is presumed innocent unless and until proven guilty at some later criminal proceedings.

United States Attorney Erek L. Barron commended the FBI for its work in the investigation and thanked the U.S. Army Counterintelligence for its collaboration Mr. Barron thanked Assistant U.S. Attorney Aaron S.J. Zelinsky, who is prosecuting the federal case.

Interesting excerpt from thread on the indictment: “Henry told the agent Gabrielian instructed Henry to read “Inside the Aquarium: The Making of a Top Soviet Spy.” Feds say the book describes recruitment and training. Gabrielian told Henry, “…it’s the mentality of sacrificing everything…and loyalty from day one.”

Indictment: Henry told the agent Gabrielian instructed Henry to read “Inside the Aquarium: The Making of a Top Soviet Spy.” Feds say the book describes recruitment and training. Gabrielian told Henry, “…it’s the mentality of sacrificing everything…and loyalty from day one.” pic.twitter.com/MfkL1C76LU

Excerpt from the 2015 Brightest Young Things interview with Henry shows how much help he got from the military, only to betray his country a decade later:

BYT: You’ve noted how supportive your commanding officer and soldiers you worked alongside were when you initially came out to them (before you went fully public). Has being publicly out changed that dynamic, or added any pressure or harassment from soldiers who weren’t previously familiar with you?

Jamie: You know, without the military, I would likely have been homeless, become a sex worker, or even committed suicide – what many transgender women unfortunately experience without the social and medical support I’ve received. I know it’s probably hard to believe that I actually considered such things in 2012, but it was in 2012 during a brief stint of homelessness that my commander provided me housing, got me to rehab which led to a lot of healing and self-awareness, and tipped me off to a stellar lawyer. Whatever harassment I’ve received within the military has been nothing compared to the struggle of daily life as a trans person outside the military. Then again, I have a lot of privilege within the military community as both a Major and a physician.

As I mentioned before, I have been forced along the way to be very vulnerable with a large number of people in my work environment. Being openly transgender has only been an extension of what I had already experienced the previous six years. From day to day I really haven’t felt much harassment at all within the military framework from civilian employees or other active duty staff. There is a lot of silence, but there is also sincere support undergirding many of my interactions.

The post First Openly Trans US Army Officer and Wife Arrested in Plot to Give Medical Records to Russia appeared first on The Gateway Pundit.