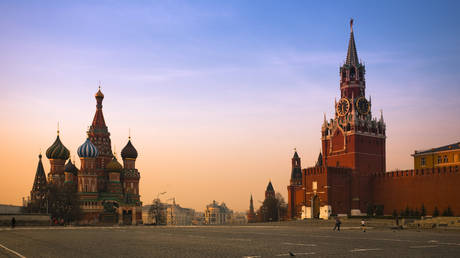 The energy industry is anticipated to be the most likely target

The US and EU have reached “a broad consensus on the need to increase pressure on the Kremlin” through the deployment of more sanctions, the Italian government announced on Tuesday, adding that the allies had also agreed on the need to “increase the international isolation of Moscow” during a virtual meeting between the US and heads of European nations regarding the latest phase of the war in Ukraine.

“We will increase our sanctions against Russia again,” European Commission President Ursula von der Leyen confirmed in a tweet.

It’s not clear exactly what sanctions are planned, though the energy industry is anticipated to be the most likely target. The conference participants made a point of reaffirming their “common commitment to diversify energy sources by reducing in this way the dependence on Russian supplies,” according to the Italian press release.

Russia has already been cut off by most western companies, from tech platforms to fast food outlets, but oil and gas sales to Europe continue as many EU countries have been unable to source sufficient supplies to compensate for the 40% of the gas the continental alliance buys from Russia.

That hasn’t stopped the US – which became energy independent under former President Donald Trump – from urging the EU to join its crusade against Moscow’s energy industry, promising to fill the gap with American liquefied natural gas – a much more expensive fuel that most European countries lack the infrastructure to store in large quantities.

France’s economic minister, Bruno Le Maire, revealed on Tuesday that he hoped to “convince” his country’s more reluctant neighbors of the need for a total embargo on Russian oil imports, blaming unnamed nations for “still hesitating” and complaining it could take weeks to get a consensus on the subject. Germany in particular has come out hard against the idea, warning it would send the country into a major recession.

However, the EU is optimistic about its ability to wean itself off Russian gas, claiming it will be able to slash consumption of the fuel by two-thirds by the end of the year. Replacement fuel would be piped in from Norway and Azerbaijan, imported from the US, and generated locally through expanded green energy projects, according to the EU executive commission. The EU currently sends about $850 million (€650 million) to Russia per day for oil and gas, even while sanctioning most other Russian industries.