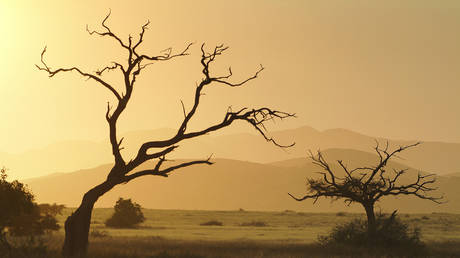 Supplies to Spain might be cut off, Algeria warns

Algeria, which boasts Africa’s second biggest gas reserves, has announced it will stop gas deliveries to Spain if energy is then transferred to a “third destination.” The warning follows a recent decision by Madrid to provide gas to the North African nation’s neighbor and regional rival, Morocco.

“Natural gas delivered to Spain, whose destination is none other than that provided for in the contracts, will be considered as a breach of contractual commitments,” the Algerian Energy Ministry said on Wednesday.

Such a move by Madrid “could result in the termination of the contract between Sonatrach and its Spanish customers,” it added.

Sonatrach is Algier’s state-owned gas company, which supplied more than 40% of Madrid’s natural gas imports in 2021.

The threat contradicts last week’s statement by Algerian President Abdelmadjid Tebboune, who assured “the Spanish people that Algeria will never abandon its commitment to supply Spain with gas under any circumstances.”

In March, Algiers recalled its ambassador from Madrid after Spain backed Morocco, Madrid’s former colony, in its dispute with Algeria over Western Sahara.

Morocco sees Western Sahara as part of its own territory, and plans to give it autonomy, while Algeria is supporting the Polisario Front movement, which is pushing for independence for the area populated by more than half-a-million people.

The standoff between the neighbors saw Algiers severing diplomatic ties with Rabat last year. It also refused to prolong a deal to deliver gas to Spain via a pipeline that ran through Moroccan land and provided Rabat with most of its natural gas. Spanish customers now only get Algerian energy through an underwater pipeline.

In February, Madrid promised to help Rabat in this difficult situation and “guarantee its energy security.” And, earlier this week, the Spanish energy ministry confirmed plans to ship gas to Morocco.

However, it gave assurances that none of the gas received by Rabat will be of Algerian origin. “Morocco will be able to purchase LNG on the international markets, unload it at a regasification plant on the Spanish mainland and use the Maghreb gas pipeline to bring it to its territory,” the ministry explained.

Algeria is one of Africa’s biggest gas exporters, with its supplies becoming increasingly important for Europe amid the Ukrainian conflict and Russia’s demand for payments for its gas to be made in rubles, in response to sanctions and the freezing of its assets, which some EU nations have been reluctant to fulfill.