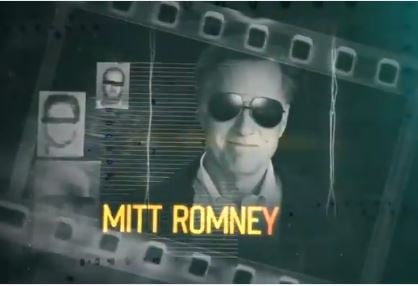 Mitt Romney wears a disguise when he goes out in public in Palm Beach, Florida. That’s what he told authors Jonathan Martin and Alex Burns in their new book, “This Will Not Pass: Trump, Biden, and the Battle for America’s Future.”

Mitt is a vocal Trump critic and recent recruit to all things liberal including his support for the BLM terrorists.

The Utah senator, who holds an approval record in the teens, created a not-so secret Twitter page to troll President Trump and his supporters while Trump was in office. The Utah conservative has been wearing hats while dining out in the wealthy oceanside enclave, where he has a vacation home, in an effort to disguise himself, a family friend told the authors of the new book “This Will Not Pass: Trump, Biden, and the Battle for America’s Future.”

“If he were recognized by Trump supporters there, there was a good chance he would be harassed,” New York Times reporters Jonathan Martin and Alex Burns wrote. Former President Donald Trump’s Mar-a-Lago resort is also in Palm Beach.

It’s not Romney’s first attempt at going undercover. He admitted in 2019 to using a secret Twitter account with the pseudonym “Pierre Delecto” to defend himself on social media and “like” critical tweets about Trump.

Romney — the 2012 Republican presidential nominee — has been a vocal critic of Trump’s, calling him a “phony” and a “fraud” during the runup to the 2016 presidential election.

In February 2020, Romney earned the distinction of becoming the first senator to vote in favor of removing a president from his own party from office because of what he described as Trump’s “appalling abuse of public trust.” He voted to convict Trump of abuse of power for pressuring Ukrainian officials to investigate the Biden family.

The post Dirtbag Mitt Romney Likes to Wear a Disguise to Hide Himself When He Goes Out in Public appeared first on The Gateway Pundit.