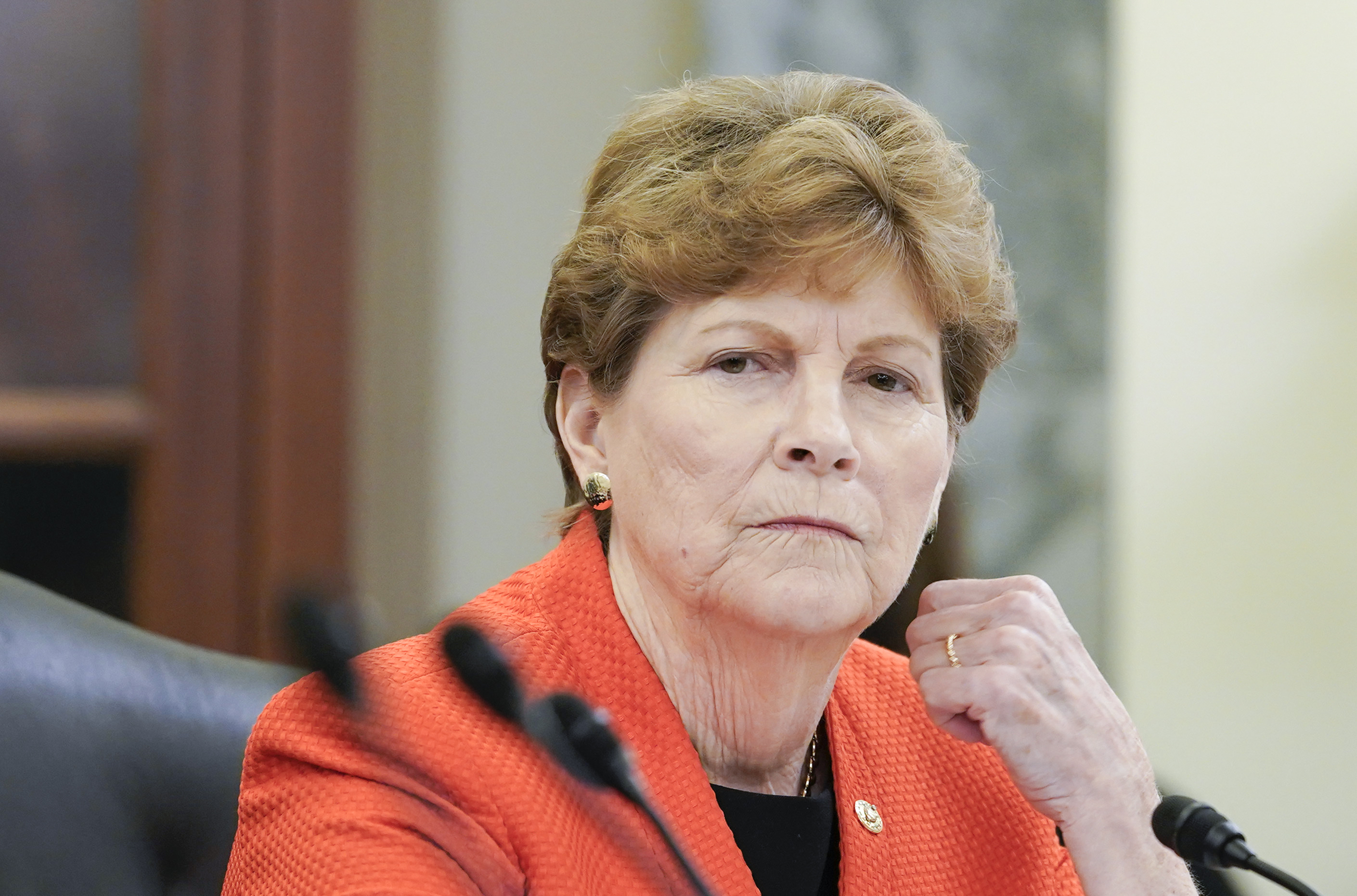 Susan Collins believes the Senate is on the cusp of enshrining same-sex marriage protections. And she doesn’t want to wait until after the election.

“My impression is that the majority leader is eager to put this bill on the floor in September, and I hope that he will,” Collins (R-Maine) said in an interview. “In an election year, I hope this can be a sincere effort by the majority leader, and that he will resist the urge to play politics with the bill. But we are dealing with Sen. Schumer, so.”

As Democrats return for the pre-midterm sprint after a successful summer, one of the party’s biggest goals is not to mess up the positive shift in political momentum. Congress needs to handle a couple other must-pass issues — and Democrats may not do much else besides confirm judges.

Senate Majority Leader Chuck Schumer is committed to a vote at some point on the marriage equality bill, but has been circumspect about the timing. He said in August “we will have a vote on it. Not giving you a timetable,” and emphasized the impending confirmation of Circuit Court judges.

There’s a host of questions facing congressional leaders, in addition to voting on marriage equality, like capping insulin costs, how to approve energy permitting reform sought by Sen. Joe Manchin (D-W.Va.), and what strategy to use on funding the government. There’s also the question of whether the Senate will slash its October session.

Collins would like to see pre-election consideration of Electoral Count Act reform, an effort aimed at preventing another Jan. 6. For now, Democrats are committed to little other than confirming judges and funding the government after a surprisingly fruitful summer session of legislating on firearm access, climate and taxes, microchip manufacturing and veterans’ benefits.

“It just shows these are very popular, the American public overwhelmingly supports them. And it’ll show the public if we can’t get there, how far we have to go to get there,” Kaine said.

Here are the five big questions for the fall congressional session:

The toughest political question for Schumer is whether to hold a vote on House-passed legislation codifying marriage protections. He’s held off on it so far; aides say it’s because he wants it to pass rather than force the GOP into a hard vote.

A spokesperson for Wisconsin Sen. Tammy Baldwin, the lead Democratic sponsor of the bill, said she will meet with GOP colleagues when the Senate returns from the August recess to “compare notes on their outreach efforts to build more support from Senate Republicans.”

The bill’s backers say they’re confident it will have the 10 Republican votes necessary to break a filibuster. So far three Republican senators have publicly said they’ll vote for it: Collins, Rob Portman of Ohio and Thom Tillis of North Carolina. Sen. Lisa Murkowski (R-Alaska) has spoken positively of the push and said that she’d review the bill.

Sen. Ron Johnson (R-Wis.) said in July he saw “no reason” to oppose the bill but is now pushing for a religious freedom amendment before declaring support. Notably, Johnson is up for reelection.

Baldwin and Collins are working on an amendment to clarify that the bill will not affect religious liberty or conscience protections.

Shaheen said that while the new law for Medicare tucked into the Inflation Reduction Act is important, “those provisions are only the beginning.”

“I believe we can build on that progress in the weeks ahead. I’ll do everything in my power to get legislation on the Senate floor to finally bring relief to the millions of Americans relying on access to lifesaving insulin,” Shaheen said.

The policy is also a top priority for Sen. Raphael Warnock (D-Ga.), who faces a competitive reelection campaign. And like same-sex marriage, the vote could be a tough one for Republicans. Seven Republicans in August voted with Democrats to cap insulin costs.

Party leaders have just four weeks to avert a looming government shutdown on Oct. 1. The House will likely vote its first week of session — the week of Sept. 13 — on a short-term funding bill that carries lawmakers past the elections. That would punt all the real decision-making until the lame-duck session, likely around mid-December.

It doesn’t mean a short-term deal will be easy. Lawmakers need to grapple with Manchin’s permitting demands — which could easily be thrown into the funding fight — as well as a key FDA user fees program, which makes up nearly half of the agency’s annual budget. If the two parties fail to reach an agreement, thousands of FDA workers face layoffs. The Biden administration also wants money to fight coronavirus and monkeypox, as well as money for Ukraine and disaster aid.

Anything leftover could be added to the post-election lame duck, when Democrats and Republicans will need to reach a multi-trillion dollar spending deal. Some top lawmakers feel positive momentum.

“We’ve got a lot of good things going for us to get a deal,” Rep. Tom Cole (R-Okla.) said, pointing to a likely shift in control of Congress on at least one side. “Our leadership very much wants to get it done.”

Democratic leaders struck a deal with Manchin this summer for permitting reform before the end of September. Behind the scenes, Senate Democrats are circulating a summary that emphasizes how the bill will also aid clean energy projects.

For the moment, aides expect it to be included in a short-term government funding bill. But changes to those rules, which oversee permits for various energy projects, are already facing snags in the House. 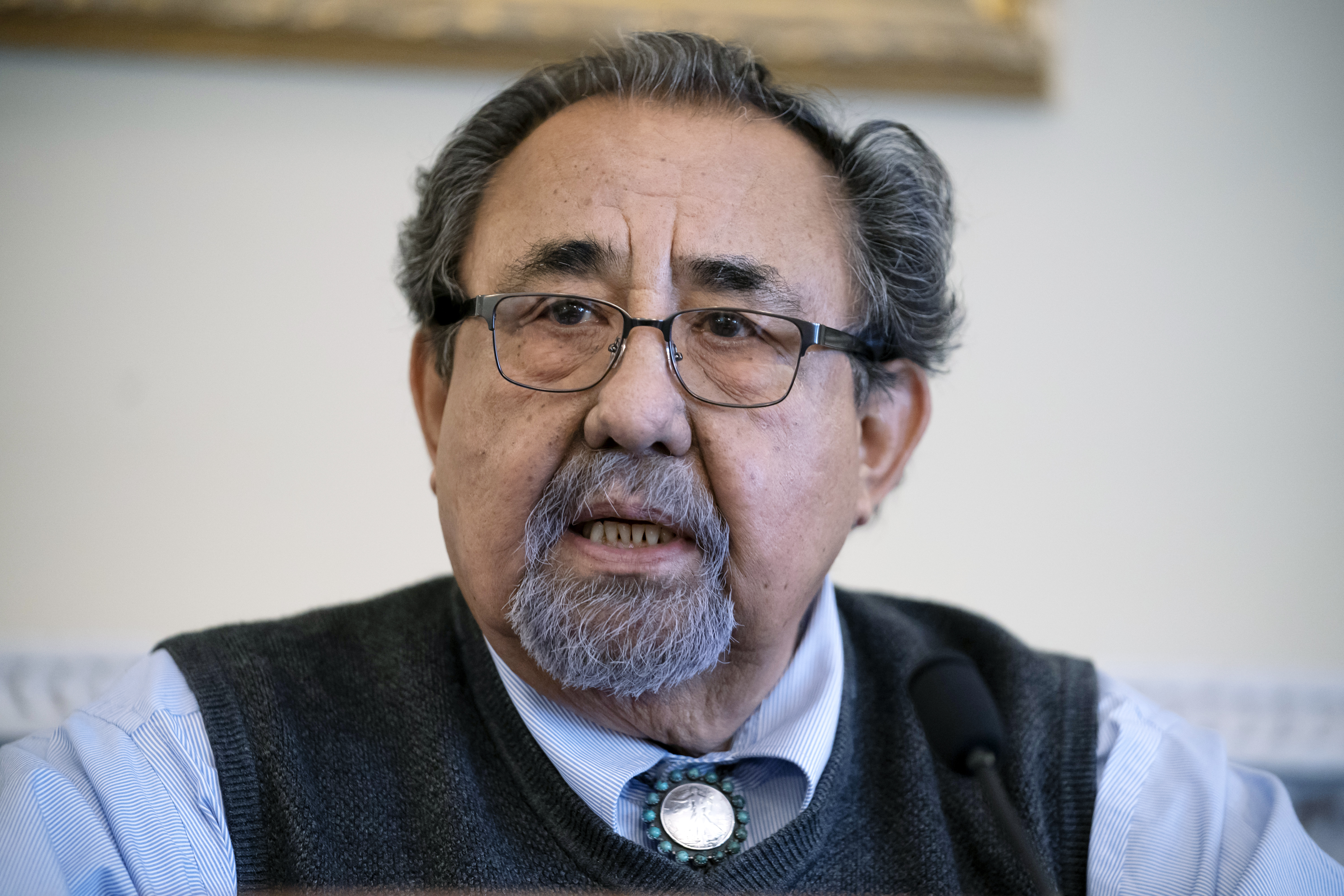 House Natural Resources Chair Raúl Grijalva fiercely opposes any effort to link Manchin’s permitting efforts to a must-pass bill, such as the spending bill or this fall’s defense policy bill. He’s preparing to send a letter calling for party leaders to have a separate standalone vote instead, which so far has the signatures of 47 Democrats and counting.

Grijalva made clear that he and his colleagues feel no obligation to the Senate-made deal. “I hate to be blunt about it: The IRA passed and signed into law.” And he said tying any language to the government funding would be akin to forcing House Democrats to vote “with a gun at our head.”

Asked if he would be willing to block government funding, Grijalva said he was focused on one step at a time, but cautioned: “If it’s forced onto a must-pass piece of legislation, then that bridge is going to have to be crossed.”

He and other Democrats would rather see it offered as a stand-alone bill, though it’s unclear if that could pass. Kaine said members are “very willing“ to take it up, “but let’s have an opportunity to shape it and decide whether it meets our standard or not.”

The Senate is scheduled to be in session for two weeks in October, but it’s possible that Schumer cancels part of the session to allow incumbents to campaign back home in Georgia, Arizona, Nevada, New Hampshire and Colorado. House Democrats, too, are looking to limit their time in the Capitol during prime campaign season.

That could push a host of issues into December, from finishing a bipartisan spending deal to Electoral Count Act reform to the National Defense Authorization Act. And if Democrats lose the Senate, they will be under immense pressure to confirm as many lifetime judges as possible.