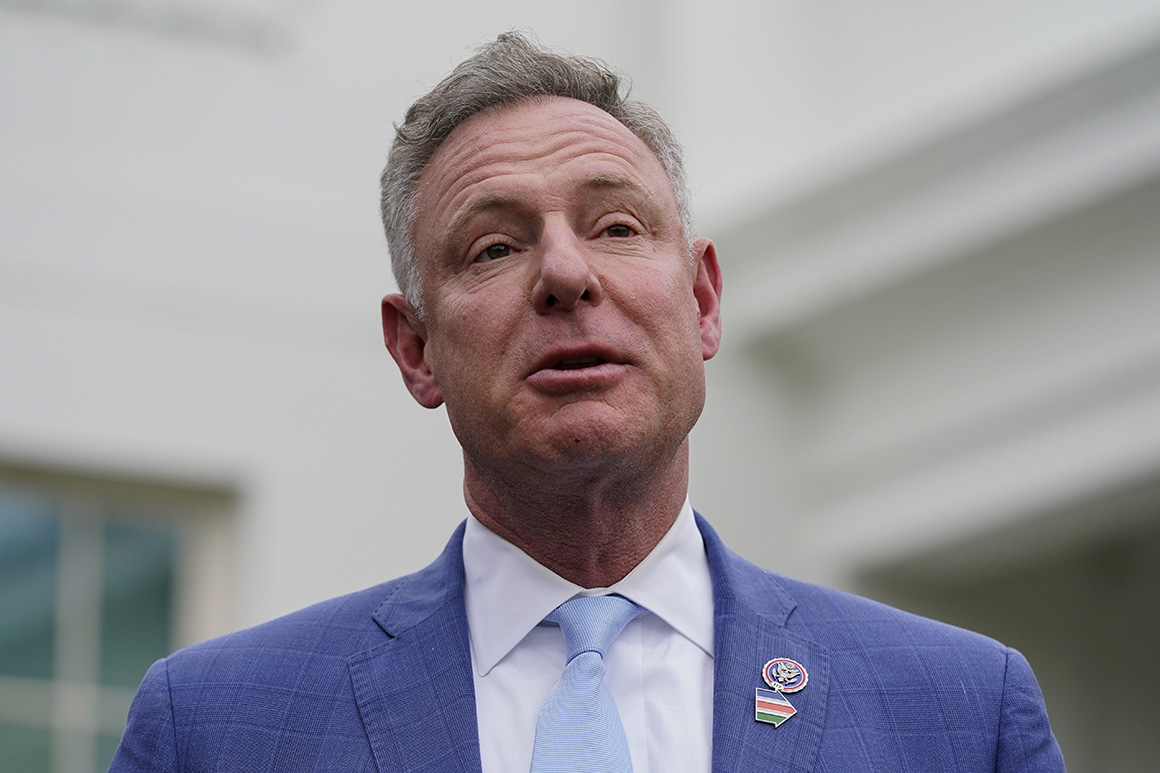 Democrats have another infrastructure problem

Most people are big fans of President Joe Biden’s $550 billion infrastructure bill — except they don’t know it’s actually been passed. That’s the conclusion of new polling that promises to further rattle the Democratic Party.

Eight months after Congress cleared the landmark legislation to overhaul the nation’s roads, bridges, rails and broadband, only 24 percent of voters are aware it’s now a law, according to new polling by the center-left think tank Third Way and Impact Research that was shared first with POLITICO.

That damning assessment of the impact of one of Biden’s most significant domestic achievements comes after White House events promoting its investments as a fulfillment of a key campaign promise. While the infrastructure bill delivered on a decadeslong call for shoring up crumbling U.S. infrastructure, its passage was overshadowed by Democratic infighting over an entirely different piece of Biden’s agenda — one that still hasn’t passed.

Given that tortured backstory, Democrats said they were hardly surprised that voters knew so little about their prized infrastructure bill. Some lamented that their own party hasn’t done enough to promote it.

“We were so focused on passing the next thing, we forgot to tell people about it. And that’s a huge mistake,” said Rep. Scott Peters (D-Calif.) “We passed a historic, bipartisan infrastructure bill. And why we weren’t crooning about that from minute one is still a mystery to me.”

While House Democrats collectively held over 1,000 events to promote the bill, the polling shows it didn’t resonate with most people. Roughly one-third of voters said they believed it was “still being worked on in Congress,” while 9 percent believed it was “not being worked on in Congress and will not be passed.” About 37 percent said they didn’t know the status of the package at all.

There was a bright spot in the data for Democrats: Pollsters said the trend could be reversed before this fall’s midterms if the party can harness the right message. They found that voters’ support for the infrastructure bill reaches 80 percent after learning about what’s in it — Democrats just have to reach them first.

“In selling this legislation, the first order of business is to remind, inform, and convince voters that it is now law,” Third Way analysts, from a polling firm that worked for Biden’s campaign, wrote in a memo.

The poll, which included 2,000 likely voters from across the country, found that the bill’s biggest programs were also its “biggest selling points.” Nearly 8 in 10 people said they believed it was “extremely” or “very” important to have better roads with fewer potholes, as well as high-quality water. Sixty-five percent of people felt the same about improving high-speed internet.

But the pollsters cautioned that Democrats shouldn’t try to pitch the bill as a solution for all problems. For instance, it found that voters don’t believe politicians’ promises that the bill will fight inflation or climate change. Instead, they advised Democrats to stick to the basics: “Better roads, cleaner water, and faster internet made with American products and built by American workers is what this bill is about and what sells.”

Another message that worked: Attacking Republicans for voting against the broadly popular bill.

The memo found that swing voters were “much less likely” to support a Republican as the result of a message attacking GOP lawmakers for siding with “Big Oil” on the bill. Voters also said they were less likely to support Republicans after viewing negative messages that called out GOP members who took credit for local project funding that came from an infrastructure bill they voted against.

Party arms like the Democratic Congressional Campaign Committee have already leaned into that type of attack, which they’ve dubbed “vote no, take the dough.” But many Democrats believe their party needs to do more.

“We’ve not done a good job with that. I never understood why we would not be running an ad against every single Republican who didn’t vote for the infrastructure bill,” said Rep. Tom Malinowski (D-N.J.). 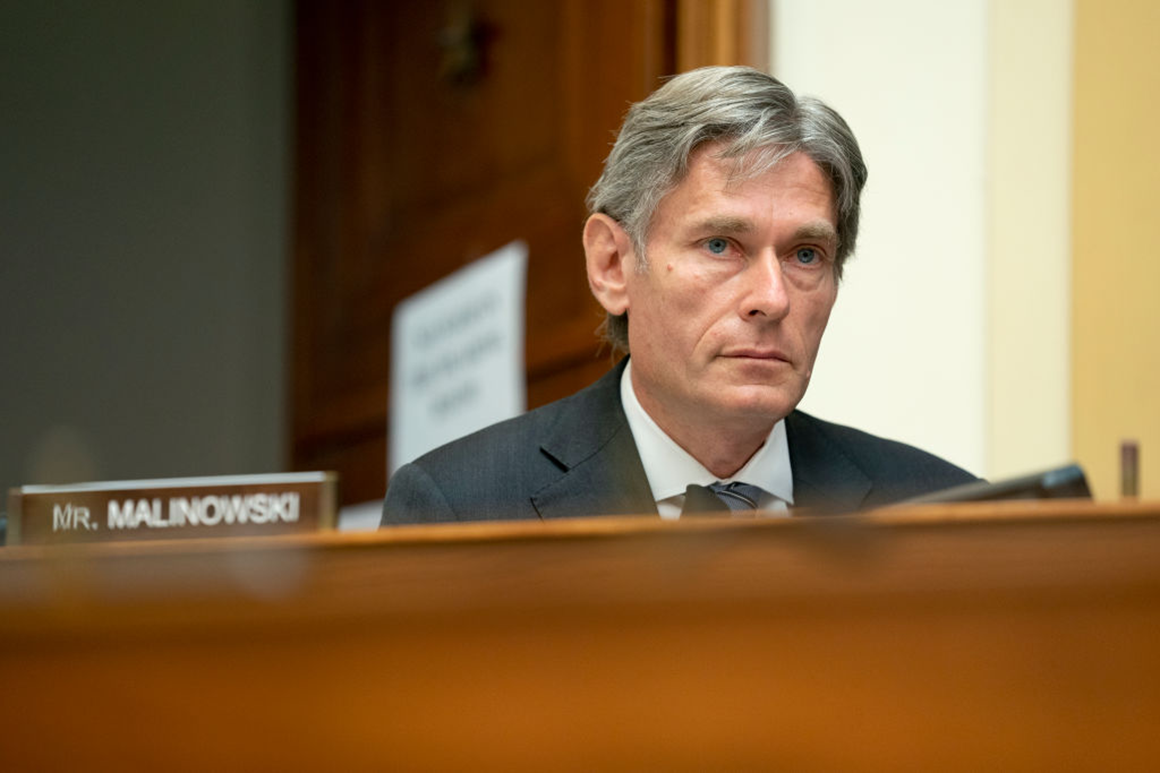 Other centrist Democrats said the polling should also act as a general warning about their strategy. These centrists complained the party tended to move quickly past more modest achievements, like last month’s bipartisan gun deal, rather than laud them as significant progress.

Instead, those Democrats argue, some in their party push for more sweeping bills with no chance at becoming law in the current Congress — like a ban on so-called assault weapons — to demonstrate ongoing pressure to base voters.

Centrist Rep. Kurt Schrader (D-Ore.) said he’s worried some of his Democratic colleagues will do the same thing if they’re able to pass a bill this summer that would allow the government to negotiate drug prices with Medicare. That’s a long-held priority for the party, but the rest of the proposed legislation has significantly shrunk compared to earlier iterations that also aimed to address climate change and taxes — frustrating progressives.

“We’re going to have the same problem on prescription drugs, mark my words,” Schrader said. “When the prescription drug bill comes out, it passes, the Democrats are gonna go well, ‘That’s great, but’ … The average person is gonna go, ‘But?’ That means it’s not that good, isn’t it?’ And that’s not true. It’s a great, great bill.”

The Third Way and Impact Research poll was conducted online from June 2 to June 9, with a margin of error of 2.2 percentage points.