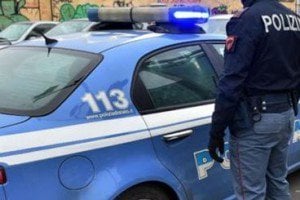 Two Coptic Christian men were kicked and beaten in Turin, Italy for smoking during Ramadan. The two elderly men, 62 and 70, were standing in the Corso Vigenano smoking when they were attacked by angry Muslims in the street.

The Coptic brothers were wearing Christian crosses around their necks. They were attacked because they did not respect the Ramadan rules which require not to smoke during the fasting period. “But my father and my uncle are Coptic Christians, they are not Muslims”, explains the daughter and niece of the victims of an attack that took place Monday afternoon in Corso Vigevano almost in Piazza Crispi. “It is not the first time that even in Italy we have been attacked for the fact that we are Christians”, says the 23-year-old girl, born and raised in Italy.

His family has lived in Turin for more than 40 years, his father is 62 and has always been an activist to promote the rights of the Coptic minority who are victims of discrimination in Egypt. “It makes me angry to think that this discrimination also exists here,” he says.

The father, 62, and the uncle, 70, were standing in the square. “They were waiting for my mother – says the young woman – My uncle was smoking a cigarette and this passing group, foreigners but I don’t know what nationality, began to insult and swear. My father then turned around and asked them if they did. they were addressing him and my uncle. They said yes, saying it was not good Muslims to smoke. ”

When the two explained that their faith was different, they were attacked with kicks and punches. Both were treated at Giovanni Bosco for several bruises. They don’t know their attackers. “But maybe that group of people had already noticed my family members, my uncle lives in the area, my father is known in the community for his work as an activist. Both wear quite evident Christian crosses.”

The post Coptic Christians Kicked and Beaten in Italy by Muslim Mob for Smoking During Ramadan appeared first on The Gateway Pundit.