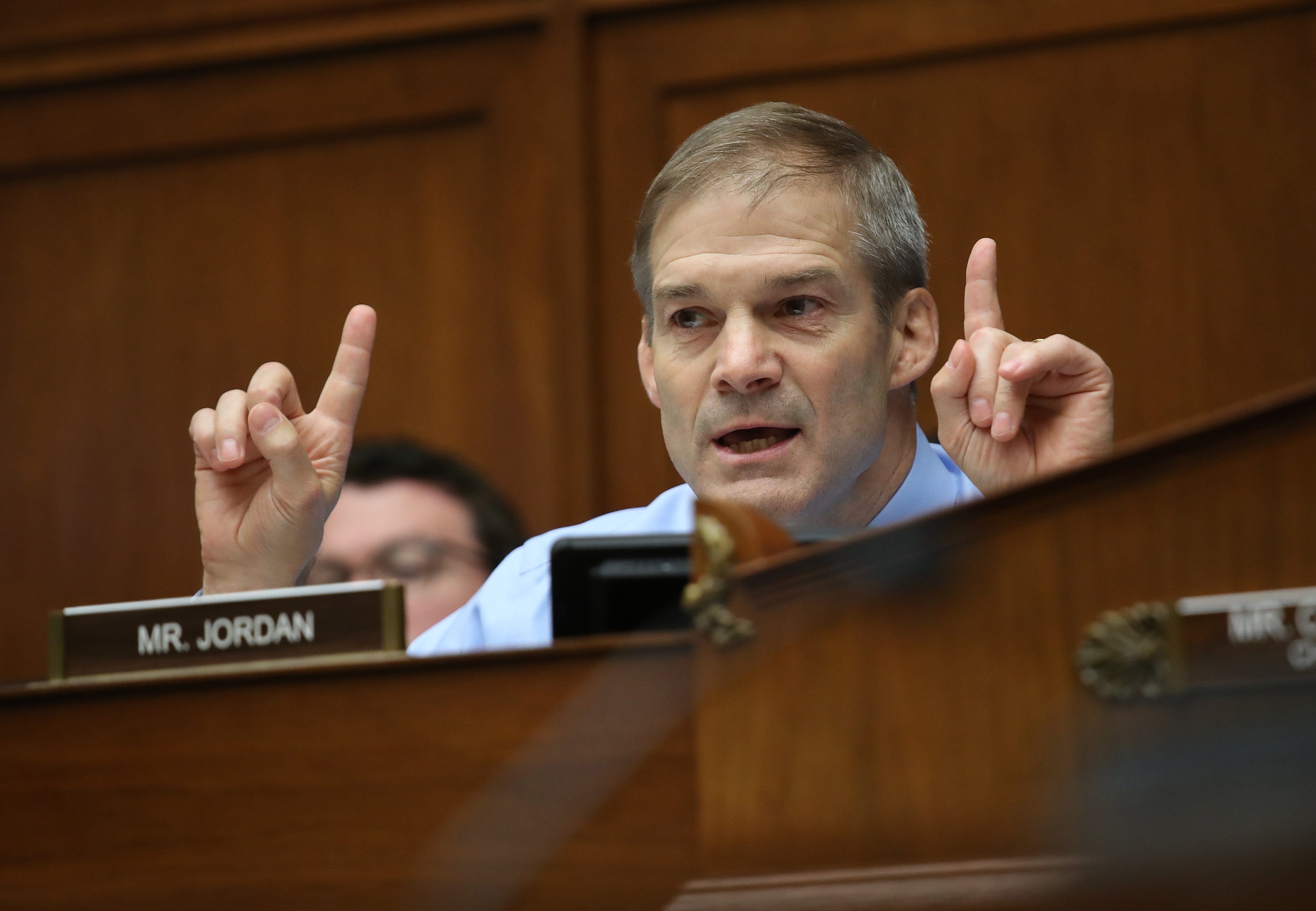 House conservatives are upping their demands on Kevin McCarthy as he tries to lock down the speaker’s gavel.

Their new price: a select committee with a huge scope of targets.

While the Republican leader and soon-to-be committee chairs have already lined up a laundry list of investigations that will largely command the House GOP’s agenda next year, it’s not enough for some McCarthy critics. Some of those opposing and on the fence about the Californian’s speakership bid want him to start a new panel, one that could direct probes against the entities they’ve castigated for years, including the FBI, the Justice Department, the IRS and Anthony Fauci.

Further complicating McCarthy’s position is that other Republicans aren’t on board. Some of his allies are skeptical that such a select committee wouldn’t severely overlap with the investigative plans that incoming chairs such as Reps. Jim Jordan (R-Ohio) and James Comer (R-Ky.) have already worked on for months.

But after largely percolating on the edges of the conference and conservative media, the calls are getting harder for the speaker hopeful to ignore. Several members who McCarthy needs to win over if he’s going to secure the gavel are openly using the creation of such a panel — to investigate what they call a “weaponized government” — as a bargaining chip as the California Republican tries to lock down their votes.

Rep. Chip Roy (R-Texas) said that the group has had “good conversations” with incoming chairs but that he and other conservatives are pitching the select committee as a way to coordinate the conference’s investigative plans under one roof. They aren’t naming names on who they believe should lead the panel, though at least one skeptical McCarthy ally has argued that, if it has to happen, it should be Jordan.

“It needs to be targeted the right way,” Roy said about the party’s investigations. “You don’t get many bites at the apple. You’ve got to get it done right.”

Conservatives say they want to model the panel off the 1970s Church Committee, which conducted a landmark investigation that uncovered significant surveillance abuses among the intelligence community and the IRS, leading to the formation of the Senate Intelligence Committee. But it’s a high bar that’s almost certain to fall short. While the Church Committee was a bipartisan operation, Democrats have frequently criticized the GOP’s targeting of the FBI, and their party is highly unlikely to help fuel probes they’ve already derided as political sideshows.

And Democrats are already gearing up to rebut GOP investigations next year. Maryland Rep. Jamie Raskin, who will be on the frontlines as the top Democrat on the Oversight Committee, summed up how he views his party’s responsibilities as it deals with Republican probes: “a truth squad in the sense that we will have to debunk conspiracy theories.”

And a former senior aide to the Democratic senator who chaired the Church Committee has also criticized Republicans for trying to make the Church comparison specifically, accusing them of wanting to invoke “Church’s legacy not to push for real solutions … but to obtain impunity for themselves and punish their enemies.”

But underscoring how much the “Church” rhetoric has injected itself into the party’s thinking, McCarthy, during a recent Fox News appearance, tipped his hand toward the idea, saying that “you’re almost going to have to have a Church-style investigation to reform the FBI.”

McCarthy, notably, didn’t specifically mention setting up a new committee, and those comments would also align with previously planned investigations. The ambiguous comments come as the Californian tries to lock down the votes to claim the speaker’s gavel in a thin majority and wants to avoid alienating any more members. A spokesperson for the GOP leader didn’t respond to multiple questions about whether McCarthy was endorsing starting a new panel, or just an investigation into the Justice Department and FBI, which is already in the works.

It’s hardly the first time he’s faced pressure from his right flank to acquiesce to going further on investigations.

House Republicans say they now expect to probe the treatment of individuals who were jailed for participating in the Jan. 6 Capitol attack, where a mob of then-President Donald Trump’s supporters breached the building as Congress was certifying Joe Biden’s win. Rep. Marjorie Taylor Greene (R-Ga.) previously pressed McCarthy on an investigation last month during a closed-door conference meeting.

Comer noted that there was an ongoing discussion about which panel “needs to take the lead on that,” adding that the Oversight Committee will have “a lot on the platter but we’ll do whatever we’re asked to do from leadership.”

McCarthy has also threatened to subpoena intelligence officials who signed a letter in 2020 warning that a New York Post story about Biden’s son Hunter might have its origins in a Russian disinformation operation. And conservatives also think they’ve moved McCarthy on impeaching Department of Homeland Security Secretary Alejandro Mayorkas. He hasn’t officially backed the step, but opened the door initially in April and then signaled an impeachment could be on the table, depending on the results of investigations, during a trip to the southern border in November.

Asked about the California Republican’s remarks, Rep. Andy Biggs (R-Ariz.) — whom McCarthy opponents have used as a figurehead for the opposition — noted that McCarthy’s latest border remarks came “after he knew that he was facing somebody who was going to possibly deny him being speaker.”

But conservatives’ vision for the new select committee could stretch far beyond just the FBI and Justice Department — two long-running targets of the party’s ire — by stepping into other jurisdictional lanes.

Roy pointed to three other entities that could fall under its purview, in addition to the FBI and Justice Department: Fauci and the government’s handling of the coronavirus pandemic, the Department of Education and the IRS and money that will let the agency hire new staff. Those are all areas that other committees have indicated they plan to investigate. And while Roy acknowledged that potential overlap, he added, “You still want your best prosecutors prosecuting the case.”

Conservative insist they don’t want to step on the toes of Comer and Jordan — they just want a central, coordinated hub for investigations next year. McCarthy has been meeting with incoming chairs, including Jordan and Comer, as they plan out their series of probes next year. But supporters of creating a new panel argue that it could help free up Oversight and Judiciary Committee members, in particular, who are going to be busy juggling multiple investigations.

But Comer himself, and others in the conference, aren’t fans of the attempt to wade into the committees’ turf.

“I feel like we’ve got enough committees already to do all of that. I’m pretty passionate about that. I feel like you’ve got a Judiciary and Intelligence Committee that are very capable of doing that,” Comer said. “I’m not a big select committee or special counsel kind of guy.”

Rep. Kelly Armstrong (R-N.D.), who is close to both Jordan and Comer, said he believes the two GOP chairs “have the bandwidth” already to run the investigations. And if there’s going to be a select committee, he said, they should both sign off.

“If you’re going to form that kind of committee, I want Jim Jordan to be the chair. Turns out, he’s already the chair of the committee who can go after the weaponization of government,” Armstrong said.

Rep. Andrew Clyde (R-Ga.), a Freedom Caucus member who is backing the push for a new panel and hasn’t yet signaled whether he’ll vote for McCarthy, said that the committee would “definitely have to be in coordination with Judiciary and Oversight” but that it would send a “strong signal” about GOP priorities.

“We only have so much time,” Clyde said. “It’s the one thing we can’t make more of.”