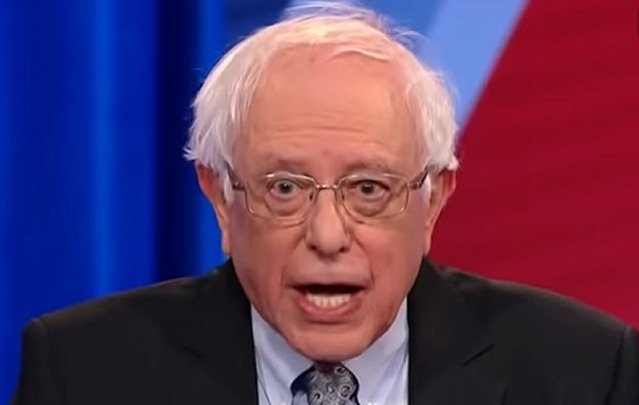 Bernie Sanders is apparently open to running for president in 2024 if Biden doesn’t run.

Bernie is already 80 years old. Is he planning to retire? Ever?

Is there anyone on the left under the age of 80 who is capable of running for office?

Sen. Bernie Sanders’s (I-Vt.) top political adviser said in a recent memo that he is open to running in the 2024 election if President Biden declines to seek reelection.

The Washington Post first reported the news of the memo, adding it was shared with his allies on Wednesday.

A source directly familiar with the memo confirmed to The Hill on Wednesday that the document exists.

“In the event of an open 2024 Democratic presidential primary, Sen. Sanders has not ruled out another run for president, so we advise that you answer any questions about 2024 with that in mind,” the outlet said, quoting the memo from Sanders’s former campaign manager Faiz Shakir.

If he were to run, Sanders, who turned 80 last year and is a year older than Biden, would be among the oldest candidates in the running for the U.S. presidency in 2024…

Sanders spokesman Mike Casca told the Post that “While it’s frustrating this private memo leaked to the media, the central fact remains true, which is that Senator Sanders is the most popular officeholder in the country.”

Bernie should step away from politics and enjoy his golden years.

83 and 82 in 2024! No thank you! Bernie Sanders hasn’t ‘ruled out’ running for president if Biden doesn’t seek reelection https://t.co/DDX0aTWyW8 via @politico

Sen. Bernie Sanders, I-Vt., has not ruled out a presidential bid in 2024, if President Joe Biden chooses not to run, according to a report from the Washington Post.https://t.co/8TJOVFlLnj

Does he think he’s going to live forever?